Top Posts
Colorado football coach Sanders’ unabashed faith
There’s A Light That Enters Houses With No...
Knowing the One Who Always Keeps His Word
Pregnancy Resource Centers Fight For Life Amidst Opposition
This World is Not Our Home
Lessons Learned From a Gingerbread House
Let There Be Peace on Earth
‘I Wanna Dance’ movie: Whitney Houston’s success and...
Fact Finding, Sight Seeing, and Prayer Walking
Kidney donation led to 8 life-saving surgeries
Home Tags Posts tagged with "Brother Andrew’s wife Corry, passes onto her eternal reward" 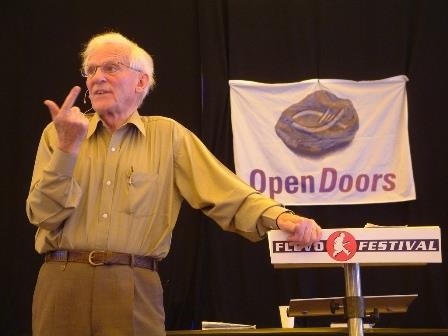 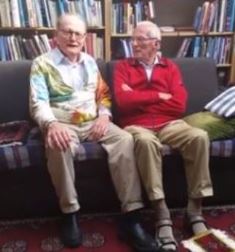 Corry was born in March 1931, and she and Andrew met in their youth, before marrying in Alkmaar, Holland, in June 1958.

An Open Doors spokesperson said, “We give thanks for her life and her faithfulness in serving the Lord,” and quoted the verse, “Precious in the sight of the Lord is the death of his faithful servants.” (Psalm 116:15)

In 1955, Brother Andrew, then a 27-year-old Dutch missionary, began his extraordinary ministry when he smuggled Bibles into Eastern Europe for the first time. He did so after reading Revelation 3:2 which exhorts us to “strengthen what remains and is at the point of death.”

This marked the beginnings of the ministry of Open Doors, that now has offices around the world.

It was in 1956 that Brother Andrew made the first of many trips to the Soviet Union in his iconic blue Volkswagen Beetle, which was to travel over 200,000 miles. 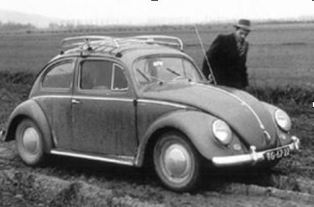 He smuggled Bibles, creatively hidden inside the VW, and would always pray, “Lord you made blind eyes see. Now I pray, make seeing eyes blind.”

The world first became aware of his ministry in 1967, when Brother Andrew’s iconic biography, God’s Smuggler (written with John and Elizabeth Sherill), was published, and went on to became one of the best-selling Christian books of all time.

My work with Brother Andrew

During that time, I wrote Brother Andrew (Bethany), the life story of this amazing Dutchman that was aimed at a youth audience.

Another of the books that I worked on for Open Doors was called “God’s Smuggler to China” (with Brother David and Sara Bruce), the story of a former American marine, who helped organize Project Pearl, which saw one million Bibles delivered to a beach in China in just one night. Thousands of waiting believers gathered to receive them.

After the fall of communism in Europe, Brother Andrew shifted his focus to the Middle East and has worked to strengthen the church in the Muslim world. In the 70s he visited war-torn Lebanon several times, stating that “global conflict in the end times will focus on Israel and its neighboring countries.

I attended his 70th birthday celebrations at the Bethlehem Bible College, where he has a room known as “The Smuggler’s Inn” and then went with him later into Gaza, where he has been ministering for many years. I also filmed him during a gun battle in Hebron. 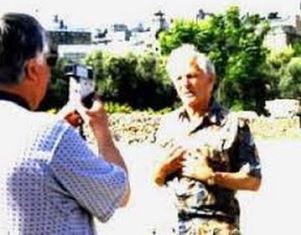 In 1982, along with Norma and our two sons, Andrew and Peter, I moved to Southern California to be the media director of Open Doors USA and did so for some five more years until we founded ASSIST. It was during that period, along with Dr. Dale Kietzman, I founded the Open Doors News Service, and traveled the world gathering stories for it. (I am still doing the same, but now for the ASSIST News Service.

2015 marked Open Doors’ 60th anniversary, and, in that time, they have expanded to work in over 70 countries worldwide.

Open Doors continues to serve the global body of Christ and, God willing, and says it plans to do so “for many years to come.”

To watch a video that features Brother Andrew and his ministry, please go to: https://www.opendoors.org.au/about-us/history/

I ask all of you to please pray for Brother Andrew and his family at this time of loss, but we also celebrate a life well lived for his lovely wife, Corry. 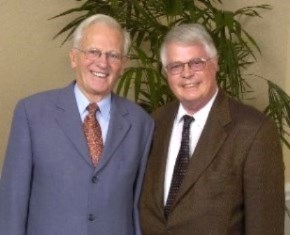 About the writer: Dan Wooding, 77, is an award-winning author, broadcaster and journalist who was born in Nigeria of British missionary parents, Alfred and Anne Wooding, and is now living in Southern California with his wife Norma, to whom he has been married for nearly 55 years. They have two sons, Andrew and Peter, and six grandchildren who all live in the UK. Dan has written numerous books, the most recent of which is Mary, My Story from Bethlehem to Calvary (http://marythebook.com/), a novel about the life of Jesus through the eyes of his beloved mother. It is based on some 365 scriptures. Besides working with Brother Andrew, he has also been a writer with Billy Graham for his overseas crusades in Russia, Germany and Puerto Rico.