Top Posts
There’s A Light That Enters Houses With No...
Knowing the One Who Always Keeps His Word
Pregnancy Resource Centers Fight For Life Amidst Opposition
This World is Not Our Home
Lessons Learned From a Gingerbread House
Let There Be Peace on Earth
‘I Wanna Dance’ movie: Whitney Houston’s success and...
Fact Finding, Sight Seeing, and Prayer Walking
Kidney donation led to 8 life-saving surgeries
The Power of Curiosity
Home Tags Posts tagged with "Burkino Faso"

BURKINO FASO (ANS) — The disproportionate presence of ethnic Fulani among Islamist militants wreaking havoc in the Sahel and West Africa has led to a stigmatisation of the Fulani generally, says a Protestant pastor from Burkina Faso, according to World Watch Monitor https://www.worldwatchmonitor.org 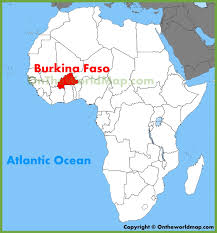 In April security forces went into Djibo, a town in the northern part of Burkina Faso and killed 31 unarmed Fulani men. The men were rounded up after their IDs had been checked.

A former inhabitant of the village told Radio France Internationale the security forces “go to the villages where these people grew up and look for their relatives. The relatives don’t support terrorism, they are living in their villages. But they detain these people who they see as complicit in terrorism.”

“There is not a very good view of the Fulani,” said Adama, himself Fulani and a pastor in central Burkina Faso who asked not to be identified by his real name for security reasons.

“They are regarded as militants taking part in jihadi attacks, causing trouble in the Sahel region. But that is not all that there is to it. Not all Fulani are terrorists and not all terrorists are Fulani. We, the Fulani, are also the image of God and one first needs to see that,” he told World Watch Monitor. In Burkina Faso the Fulani make up 6.3% of the population.

Adama studied theology in the UK but returned to Burkina Faso in 2008 to serve among his own people. “Things are not the same as they were,” he said.

“Burkinabe people are under increased pressure. We have got to watch our backs all the time. What we are dealing with is a far more serious challenge than Covid-19.”

World Watch Monitor stated Burkina Faso has become vulnerable to the instability plaguing the greater Sahel region caused by a number of Islamist extremist militia groups. The country not only battles widespread poverty – 40.1% of the population living below the national poverty line, a power vacuum following a coup in 2014 and the spread of radical Islamist teachings have provided fertile soil.

“The terrorism activities have hit us so quickly,” Adama said. “These groups moved in and took control of areas where there was less government presence and the population had little access to education, health care etc. Many areas of Burkina’s northern and eastern regions have now become ‘no-go’ areas.”

As a result of the violence, many churches and schools in these regions have closed and people have fled to other parts of the country.

Pastor Adama has been trying to help those who decided to stay as well as other vulnerable communities.

A training centre in a village in central Burkina Faso offers skills training and people can take what they have learned back to their villages: “Now many of these villages have shops, restaurants etc – things they did not have before.”

His ministry also organises quarterly “community health days” in which doctors are invited to visit communities to avoid people having to travel to the nearest city for healthcare.

“In the midst of stigmatisation and the terrorism agenda which brings violence, we bring peace and transformation into these communities,” he said.

Who are the Fulani?

The Fula people, often described as the Fulani, are regarded as the world’s largest nomadic group: an estimated 40 million people dispersed across 20 nations, mostly in Western Africa. The majority resides in Nigeria, Mali, Guinea, Cameroon, Senegal, and Niger but they also can be found in Burkina Faso, Central African Republic and Egypt.

They speak Fula languages as well as Hausa, English, French and Arabic.

The centuries-old Fulani heritage is pastoral, organized primarily around nomadic herding of cattle, sheep and goats, though segments of the Fulani farm crops or live in urban areas.

The Fulani were early adopters of Islam, participating in holy wars, or jihads, in the 16th Century that established them as a dominant social and economic force in Western Africa.

As the frontier of the Sahara Desert has moved southward, Fulani herds have gradually been pushed southward, causing conflicts with farming communities. In regions such as Nigeria’s Middle Belt, however, the conflicts have become more sinister than simple land disputes that boil over into violence. Many of the farmers belong to the ethnic Berom, mostly Christian, indigenous people, and the attacks have taken on an ethnic and religious character.

In Burkina Faso the Fulani are targeted for recruitment by terrorist groups such as Ansar ul Islam — a homegrown group which emerged in 2016 – that has been responsible for many of the attacks in the northern and eastern parts of the country. The armed violence by Ansar ul Islam and other radical groups moving in from Mali, has displaced at least 1 million people.