Top Posts
Pregnancy Resource Centers Fight For Life Amidst Opposition
This World is Not Our Home
Lessons Learned From a Gingerbread House
Let There Be Peace on Earth
‘I Wanna Dance’ movie: Whitney Houston’s success and...
Fact Finding, Sight Seeing, and Prayer Walking
Kidney donation led to 8 life-saving surgeries
The Power of Curiosity
When Love Came Down at Christmas
A Walk of Faith Begins with a Step...
Home Tags Posts tagged with "Caribbean Gospel Music Hall of Fame."

COCONUT CREEK, FL (ANS) —  Food For The Poor is hosting a virtual concert featuring two Grammy Award-winning Christian artists and other top musical talents to raise funds for hungry families in the Caribbean and Latin America, ravaged this year by the COVID-19 pandemic, hurricanes and a volcanic eruption. 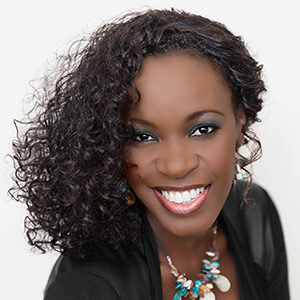 The National Celebration We Are One Virtual Concert will be streamed live from the charity’s new broadcast studio at its Coconut Creek headquarters at 7 p.m. Eastern time on Thursday, Aug. 12.

The goal is to raise funds to provide 10 million meals for families in desperate need.

Food For The Poor President/CEO Ed Raine said families in the countries served by the charity continue to face extraordinary challenges and dire hunger.

In Haiti, a spike in COVID-19 cases coupled with gang violence and civil unrest have created a humanitarian crisis.

“These families were already struggling for food and medical care and need our help more than ever,” Raine said. “The countries are begging us for increased food shipments.”

Last year, moved by the overwhelming news of the spread of COVID-19 and hoping to provide hope and comfort, Glacia Robinson spilled out her heart in one day last month and wrote the lyrics to “We Are One.”

Robinson is a household name in Jamaica and is an award-winning singer, songwriter, composer, producer, author and inductee in the Caribbean Gospel Music Hall of Fame. She is co-hosting the event with FFTP’s Radio Manager and On-Air Fundraiser Paul Jacobs.

In addition to his work as a musician, Gray has been an advocate for children facing hardships, especially children orphaned by AIDS in Africa and other developing countries.

Tasha Cobbs Leonard’s roots go back to her hometown of Jesup, Ga., where she served as Worship Leader of Jesup New Life Ministries, founded by her late father Bishop Fritz Cobbs.

Along the way, Cobbs Leonard has won a Grammy Award, three Stellar Awards and three Dove Awards. Her latest album “Royalty: Live At The Ryman,” which was written before the COVID-19 pandemic, was the first Christian gospel worship album to be recorded at the historic Nashville music hall — The Ryman. The album debuted number one on the Billboard Top Gospel Albums Chart.

Michael W. Smith is a multi-platinum artist, best-selling author and actor who continues to release new music regularly and perform to sold-out crowds of fans.

While Smith has been honored with three Grammy Awards, 45 Dove Awards, an American Music Award and has sold more than 15 million albums, he’s also given back to the global community. Smith has raised funds to battle AIDS in Africa alongside longtime friend Bono, started Rocketown, a safe haven for young people in Tennessee to meet and find hope, and has helped change more than 70,000 children’s lives through Compassion International.

“We’re grateful to each of these outstanding performers for lending us their talents as we come together to bring hope to desperate children and families in dire need of life-sustaining meals,” said FFTP’s Raine.

Banded is the event’s presenting sponsor. Salem Media Group is the radio sponsor. Boca Raton Community Church is the community sponsor. Other sponsors include The Calmark Group, Hormel Foods and McFFE Group.

To register for the event, and receive notifications and a link to participate when the auction opens, go to www.foodforthepoor.org/one.