Top Posts
Knowing the One Who Always Keeps His Word
Pregnancy Resource Centers Fight For Life Amidst Opposition
This World is Not Our Home
Lessons Learned From a Gingerbread House
Let There Be Peace on Earth
‘I Wanna Dance’ movie: Whitney Houston’s success and...
Fact Finding, Sight Seeing, and Prayer Walking
Kidney donation led to 8 life-saving surgeries
The Power of Curiosity
When Love Came Down at Christmas
Home Tags Posts tagged with "Catholic priest accuses UN of failing to protect Muslim IDPs in CAR Cathedral" 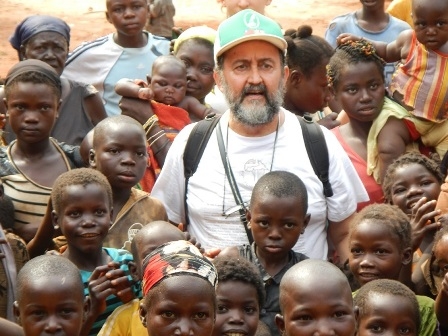 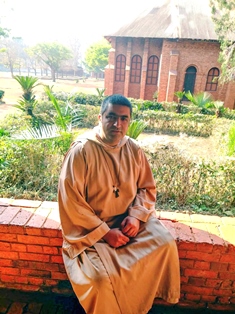 BANGASSOU, CENTRAL AFRICAN REPUBLIC (ANS – February 5, 2018) — With violence escalating across the Central African Republic (CAR), a Catholic priest has condemned the United Nations’ failure to protect the vulnerable, including Muslims being sheltered by the Church.

According to a press release written by Murcadha O Flaherty of Aid to the Church in Need or ACN (www.acnuk.org), a Catholic charity, Father Yovane Cox told ACN that UN peacekeepers had not taken steps to safeguard nearly 1,000 displaced Muslims from attacks at Bangassou Cathedral’s Internally Displaced Persons’ (IDP) camp despite being informed of imminent threats to their safety.

The release said the priest said that Bangassou Cathedral had already been attacked, and they were fearing that a raid on the camp would soon follow.

The release stated that Fr. Cox is in hiding, but quoted him as saying: “The situation is quite critical, because this attack had already been foretold, and yet the UN forces in charge of security here paid no attention to what people told them.

“It seems almost as though they want to see a massacre here in the cathedral, and in the area where the Muslims are being sheltered.”

The release stated that mostly women and children are sheltering in the Church’s IDP camp and went on to quote Fr. Cox as saying: “By the silence of the state authorities and the inaction of the UN forces in not wanting to move the few Muslims still left on this site, they are simply inviting a confrontation between the two groups and a resulting bloodbath.”

The release went on to quote Fr. Cox as also saying: “What we are sounding the alarm about and what we are asking them to do is to please relocate them from this site, because it is the only way of saving those still remaining here, who are for the most part women and children.” 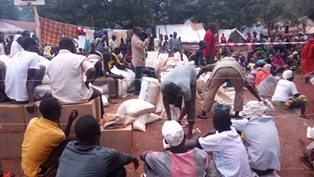 The release stated that Muslim IDPs face risks when looking for firewood and food. The release quoted Fr. Cox as saying: “All around this place there are armed men on the prowl, hoping that one of the Muslims will emerge [from the camp], so that they can kill them.”

Father Cox, according to the release, said anti-balaka soldiers killed one Muslim on Thursday, January 18, 2018, and added that Fr. Cox said that the situation would have become critical, with panic spreading among Muslims in the Church-run camp, but for the intervention of Cameroonian soldiers.

Anti-balaka is a group of non-Muslim faiths groups, including animists and those who claim to be Christians, who are fighting Islamist group Séléka in CAR, said the release.

It also quoted Bishop Juan José Aguirre of Bangassou as saying that at the end of 2017. Séléka were “funded by oil countries and supported by the president of Chad.”

It quoted the bishop as saying that that weapons were being smuggled into the country from Chad, South Sudan and the DRC, as well coming from “arms deals that are controlled by multinational corporations. They create so-called low-intensity conflicts to enrich themselves.” 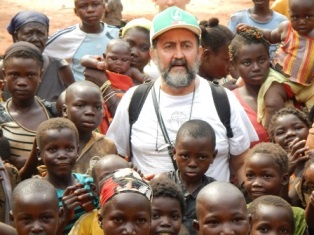 “There is a mutual incomprehension, a very deep antagonism, and the Church finds herself caught in the middle between them, a perfect target for anybody who has lost control of the situation,” he added.

It quoted Fr Cox as saying that “Nobody is in control — neither the government, nor the United Nations nor the local authorities…”

The release said that Fr Cox spoke of the plight of the Christians in the diocese. It quoted Fr. Cox as saying: “We know that our only security is that which comes to us from God… the Christians are for the most part living in hiding in their villages or in the suburbs. They are too frightened to gather in the churches or in the cathedral.”

The release also stated that Fr. Cox said that priests are “limited in what we can do and our pastoral work is at a standstill.” He also thanked the charity for helping the Church and others in CAR by “being the voice of those whom nobody listens to, the voice of those who have been forgotten….” 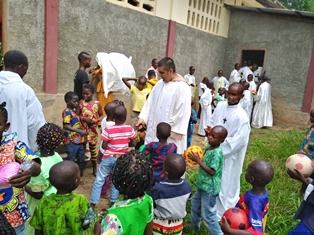 Aid to the Church in Need is a Pontifical Foundation directly under the Holy See. As a Catholic charity, ACN supports the faithful wherever they are persecuted, oppressed or in need through information, prayer, and action. Founded in 1947 by Fr. Werenfried van Straaten, whom Pope St John Paul II named “An outstanding Apostle of Charity”, the organisation is now at work in 140 countries throughout the world.

About the writer: Sheraz Khan, Africa Correspondent for the ASSIST News Service, is a Pakistani-British journalist. He lives in Scotland and can be contacted by e-mail: sheraz@btinternet.com