Top Posts
Colorado football coach Sanders’ unabashed faith
There’s A Light That Enters Houses With No...
Knowing the One Who Always Keeps His Word
Pregnancy Resource Centers Fight For Life Amidst Opposition
This World is Not Our Home
Lessons Learned From a Gingerbread House
Let There Be Peace on Earth
‘I Wanna Dance’ movie: Whitney Houston’s success and...
Fact Finding, Sight Seeing, and Prayer Walking
Kidney donation led to 8 life-saving surgeries
Home Tags Posts tagged with "Christian Art Collected By Reclusive" 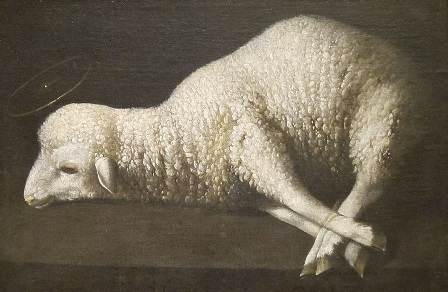 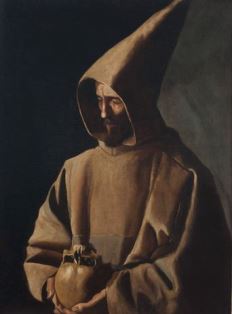 SAN DIEGO, CALIFORNIA – When I lived in San Diego County, I made it a point to frequently attend the San Diego Museum of Art and the Timken Museum of Art. Both are located in Balboa Park, the same site as the world famous zoo and several other notable museums [1]. As an art lover, I gravitated towards them like a hummingbird to sweet water. And though both offer amazing collections, I was always fascinated by the Timken Museum, not only for the art, but the collectors of the art—the Putman Sisters: Amy, Anne, and Irene. A recent visit to the Timken rekindled an interest in the women.

As heirs to a water business fortune, the sisters collected — and later donated — hundreds of pieces of art to both the San Diego Museum (roughly 115 works), and after fallout with the museum director, the newly established museum — the Timken Museum (40 works, but is still purchasing art with money left by the sisters in the Putnam Foundation). 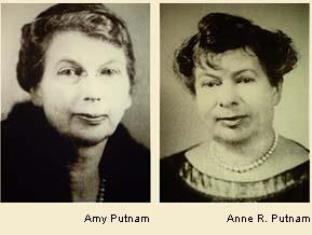 How the sisters — originally from the East coast — arrived in San Diego is told in an article written by Craig Carlson in the San Diego Reader, “Amy, Anne, and Irene arrived in San Diego in 1913… They came from Bennington, Vermont, with their father, Elbert Putnam, who was then 76 years old, and their mother, Thetis Bishop Putnam. Elbert, retired ex-vice president of Bennington’s water company, joined his millionaire elder brother Henry, who had retired here in 1898… [1].”

After their father’s death, two sisters—Amy and Anne (Irene died shortly after)—bought and amassed art. But not any old art; much of it Christian in subject matter. As an example, one of Francisco de Zurbarán’s Agnus Dei, The Penitent Saint Peter by El Greco, and hundreds of Russian Icons (which happen to be my favorite collection within the Timken). And later, the Putnam Foundation purchased Rembrandt’s St. Bartholomew, Francisco de Zurbarán’s Saint Francis in Meditation, and Bartolome Murillo’s Christ on the Cross—among many others.

I don’t know why the sisters gravitated towards Christian art. Nothing that I’ve read reveals that they were particularly devout (but maybe, like their mysterious life, they were), though a Christian worldview was undoubtedly infused in their upbringing as the San Diego Reader article infers: 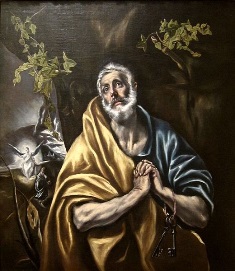 “The Putnam women went through Bennington schools. They learned Latin, German, and the Romance languages, philosophy, and history. Amy, that youngster about whom her mother reported, ‘She has begun to eat like a Christian child!’ had some provocation for her interest in Russia and Russians…”

What eating like “a Christian child” means, I’m not entirely sure. But being that the context is in relationship to education, it seems that Amy took an interest in the Christian culture of Russia in her studies, which would explain the large collection of Russian icons. Maybe Amy ‘ate up’ the Christian heritage as espoused by the Russian Orthodox Church. It’s hard to tell.   What is known is that the sisters were scholars and took seriously their studies and collections.

And as much as the sisters were known for their art and their inheritance (5 million), they were equally renown for their reclusive nature.

As the San Diego Reader article reports, “By the ’40s Anne and Amy, 73 and 66, were legends. They were never seen idly munching a pastel Jordan almond at a bridge table. They attended no teas, no gallery openings, were never ‘run into’ shopping downtown. Although they favored religious art, no one saw them in church. They secluded themselves behind the spiked wrought-iron fence that surrounded the formal gardens. They sat in the gardens on warm days, reading and writing letters and playing with the 25-pound longhaired cats whose parents came from Bennington. They visited with out-of-town guests in among the flowers their mother loved: the vining clematis, the ruffled phlox and pungent stock, the columbine, the scented single petunias, the baby’s breath, the blue cornflower backed by spikes of paler blue delphinium.” 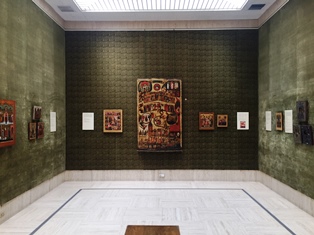 If you ask me, the sisters are fascinating and maybe somewhat forlorn. If they were devout believers, I wish they gave reason for their beliefs and why they purchased—and later—bequeathed, generously, the donations. Maybe they took Jesus’ words seriously, not letting the left hand know what the right hand is doing in relationship to giving (see Matthew 6:3). Again, it’s hard to tell. Maybe the art they purchased was their testimony, a record of what they deemed important in life. A good case could be made for this last argument. As with any collector, the purchases made are for specific reasons; unless, that is, they are hoarders. But for serious collectors there is usually a cause for the collection.

But one thing is certain: they collected marvelous Christian-themed art. And we can be thankful for their collection and donations so all can enjoy the wonders of art dedicated to the Glory of God.