Top Posts
Colorado football coach Sanders’ unabashed faith
There’s A Light That Enters Houses With No...
Knowing the One Who Always Keeps His Word
Pregnancy Resource Centers Fight For Life Amidst Opposition
This World is Not Our Home
Lessons Learned From a Gingerbread House
Let There Be Peace on Earth
‘I Wanna Dance’ movie: Whitney Houston’s success and...
Fact Finding, Sight Seeing, and Prayer Walking
Kidney donation led to 8 life-saving surgeries
Home Tags Posts tagged with "Christian persection in Pakistan" 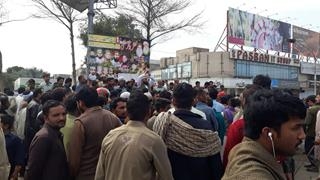 LAHORE, PAKISTAN (ANS – February 26, 2018) – Sajid Masih, the cousin of the most recent victim of Pakistan’s blasphemy laws, Patras Masih, has made some shocking and harrowing revelations in a video message stating that officials of the Federal Investigation Agency (FIA) allegedly forced him to rape his 17-year-cousin at a time when they were supposed to be carrying out investigation into the alleged blasphemy charges levelled against Patras Masih. 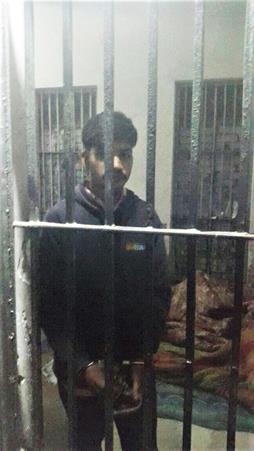 Patras Masih, who comes from the village of  Dhir in Shahdara town, 15.5 miles from the eastern Pakistani city of Lahore, was accused of having committed blasphemy after it was alleged that he posted on his Facebook an image, which was deemed as “blasphemous” by local Muslims.

The FIA treated Sajid Masih as a blasphemy suspect after Patras Masih told them during the investigation that he had shared via Facebook the profane image with Sajid Masih.

“They [Federal Investigation Agency] asked me to come to their office, and take my cell phone with me. They later asked me that I should call myself  ‘cursed.’ They, subsequently, tortured me, and forced me to rape my cousin, Patras. I refused,” the critically-injured Sajid Masih said in an exclusive video made by Pakistan English daily, “Pakistan Today.”

Khawja Hamad, Deputy Director of the FIA, in an interview with the BBC, dismissed Sajid Masih’s allegations that he was tortured, stating that Sajid Masih jumped from the window of the fourth floor of the building for fear of being investigated.

Sources, who did not wish to be named, told this correspondent that they have serious doubts about the FIA’s version that Sajid Masih jumped out of the window of the fourth-floor of the FIA building. They alleged that Sajid Masih was allegedly thrown by the investigating FIA officials after having allegedly tortured him. Christian and Muslim human rights activists in Pakistan have called for the formation of a Joint Investigation Team to probe the serious accusations made by Sajid Maish against the FIA.

According to a Police First Information Report (FIR) seen by ANS, Khalid Saeed, the Sub Inspector of the FIA, who Sajid Masih alleged tortured, and forced him to sodomize his cousin, stated that Sajid Masih attempted to commit suicide for the fear of the ongoing investigation.

“The forensic department confiscated Sajid Masih’s phone and asked him the password for his cell phone. He [Sajid Masih] was asked to disclose his Facebook ID. Sajid Masih apologised for sharing the blasphemous image on his Facebook. He [Sajid Masih] apologised for his action and told police that he has since deleted the blasphemous image from his Facebook. He attempted to commit suicide as he feared the FIA forensic department would recover the sacrilegious image.”

It is stated in the FIR that Sajid Masih should be prosecuted for having attempted to commit suicide.

Sajid Masih has sustained critical injuries to his head, neck and spine, and is fighting for his life in Mayo Hospital, Lahore. Sources in Pakistan told ANS that the medics are planning to operate on Sajid Masih when they feel that he is stable enough to undergo surgery.

Saleem Iqbal, a Christian rights activist in Pakistan, told this correspondent by phone that Masih was in urgent need of blood transfusion on Sunday, (February 25), stating that many volunteer Christian blood donors queued up outside the hospital “as the case has generated an outpouring of sympathy and concern for Sajid Masih amongst local Christians.” 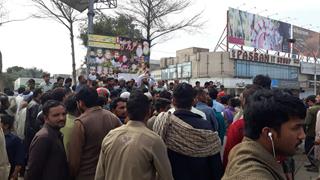 The appalling revelations by Sajid Masih have sparked shock, outrage and uncertainty amongst Pakistani Christians, and other religious minorities across the Muslim-majority nation.

Angry Christian rights activists expressed their condemnation of the Pakistani police, and the authorities there and demanded protection of lives and properties of Pakistani Christians.

ANS understands that the deplorable incident has deepened the existing mistrust the Christians have of police after the disturbing disclosures made by Sajid Masih.

A Pakistani pastor, who requested to remain anonymous for fear of possible attacks by radical Islamists, said he was very concerned to hear the allegations Sajid Masih made in the video.

Gul Irfan Khan, a renowned Pakistani Christian, who now lives in the Netherlands, wrote on Facebook: “Have mercy on us, and banish us from Pakistan.”

He said.  “Pakistani military, political and clerical leadership have failed to protect Christians.”

Rana Youab Khan, the rector and ministry area leader of St Catwg, Crickhowell of Swansea and Brecon Diocese wrote on Facebook: “Shame on the country’s Federal Investigation Agency. I hope the authorities will bring the culprits to justice.”

On Friday (February 23), Christian-Muslim tension in the Pakistani city of Faisalabad, was reported to ANS by multiple sources. A source who wished to remain anonymous revealed that an exchange of fire took place in Ellahiabad area of Faisalabad.

“The issue was given a religious colour. The Muslim family alleged that while they were writing the name of Prophet Muhammad on a wall, the Christian family stopped them from doing so, and also used profane language for the hymns they were playing in praise of Prophet Muhammad,” the source said.

The source alleged a Muslim man was shot by a Muslim man. However, the Muslim family alleged in the police First Information Report that the Muslim received gunshot wounds from a Christian man. 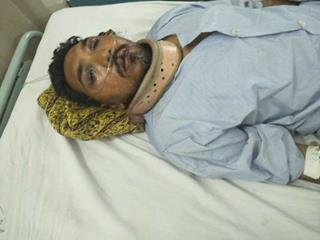 The Christian has been taken into police custody, and police are investigating the accusations against him, including blasphemy.

Some 400 local Christian families have left the area for fear of attacks by local Muslims, the source said.

The situation in Dhir village, where blasphemy-accused Patras Masih comes from, continues to be tense. Eight hundred Christian families have fled their neighbourhood in the village.

The families feared a repeat of previous instances when Christian neighbourhoods have been set on fire following blasphemy accusations.

A press release by Open Doors UK (www.opendoorsuk.org), says Arif Masih said that Patras Masih posted an offensive photo to a Facebook group named “PaglonKiBasti” (the Town of Lunatics). The group consists of both Christian and Muslim members.

Open Doors said, Muhammad Owais Rizvi, who reported the alleged blasphemy, alerted the group moderator to the post, who in turn phoned Patras Masih, and asked him to remove the picture. But Patras Masih refused, angering the local residents.

It went on to say that a mob formed demanding Patras Masih be publicly hanged for posting content which disrespected the prophet Muhammad.

The mob set tyres alight and blocked part of the Grand Trunk Road, a main route in Lahore that connects the city with other major parts of the country.

Open Doors stated that Police arrived at the scene, with Muslim clerics, in order to try and calm tensions. The police managed to get the road cleared for traffic  Monday evening ( February 19) , but the mob continued to demand Patras Masih’s arrest and public hanging.

“In the evening, when the angry mob was getting out of control, we went to the superintendent of police’s office, and handed Patras to them,” the charity quoted Arif Masih as saying. “Since then we don’t know what is taking place with him.”

Open Doors said Patras Masih had a nominal education and has been working as a cleaner in a bank.

Marry James Gill, a Christian Punjab Assembly parliamentarian, told Open Doors that many Christians are illiterate, and don’t understand the sensitivity around the prophet Muhammad, and are therefore, careless on social media. Ms Gill told the charity  there had been many of these instances over the years.

A joint press conference, held on February 20 between Christian and Islamic leaders at Shahdara Police Station, called for dispersed Christians to return to the neighbourhood, it said.

Conversion from Islam brings great shame to family and community, and danger for the new believer, it said, adding that radical Muslims monitor gatherings of converts. It added that historic churches have been subject to bomb attacks.

Open Doors said all Christians suffer from institutionalised discrimination, with occupations that are seen as low, dirty and derogatory being officially reserved for Christians, most of whom are from the poorer classes.

NOTE:  Open Doors UK & Ireland is part of Open Doors International, a global NGO network which works in over 60 countries and has supported and strengthened persecuted Christians for over 60 years. Last year it raised approximately $70 million to provide practical support to persecuted Christians such as food, medicines, trauma care, legal assistance, safe houses and schools, as well as spiritual support through Christian literature, training and resources. Open Doors UK & Ireland raised over £11 million.