Top Posts
Knowing the One Who Always Keeps His Word
Pregnancy Resource Centers Fight For Life Amidst Opposition
This World is Not Our Home
Lessons Learned From a Gingerbread House
Let There Be Peace on Earth
‘I Wanna Dance’ movie: Whitney Houston’s success and...
Fact Finding, Sight Seeing, and Prayer Walking
Kidney donation led to 8 life-saving surgeries
The Power of Curiosity
When Love Came Down at Christmas
Home Tags Posts tagged with "Christian persection" 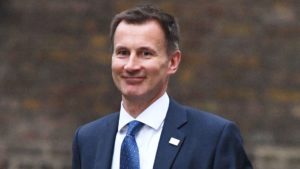 As reported in the Guardian, “The foreign secretary, Jeremy Hunt, has ordered an independent, global review into the persecution of Christians of all nationalities amid claims that not enough is being done to defend the rights of nearly 200 million Christians at risk of persecution today.”

Continuing, the Guardian states, “Hunt believes that growing persecution of Christians in some countries is often a symbol of wider persecution. Christian groups claim as many as 3,000 Christians were killed in 2018, a doubling of last year’s figure.” 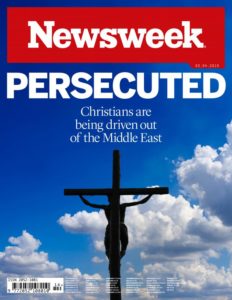 Even major publications such as Newsweek have recognized the onslaught against Christians, giving front page coverage to the situation.

Persecution Expected to Rise in 2019

With persecution of Christians expected to rise in 2019, Hunt’s support is welcome news. As Britain’s foreign secretary, Hunt, along with clergyman, Philip Mounstephen led the charge, bringing awareness of Christian persecution to a worldwide stage and thereby giving international attention to the dire circumstances surrounding many Christians in volatile regions in the world.

Concerning the regions, Open Doors International provides rankings of countries given to Christian persecution, ranging from extreme and very high to high. 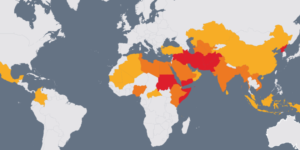 What can you do to help the persecuted Christians?

Samaritan’s Purse accepts donations, stating, “Jesus taught His followers that persecution would come. ‘If they persecuted Me, they will also persecute you’ (John 15:20). And this persecution has come to millions of Christians worldwide. Countless churches have been targeted, and people have lost their homes and their countries as they fled for safety. Millions of Christians are now refugees because of this persecution, and Samaritan’s Purse is working with church partners to provide for daily needs and essential services. ‘Therefore, as we have opportunity, let us do good to all, especially to those who are of the household of faith’ (Galatians 6:10).”

Neal Samudre, writing for the HuffPost, recommends the following:  educate yourself, pray, writer letters, don’t feel guilty—you aren’t being persecuted, and volunteer your skills to help alleviate the suffering.

Voice of the Martyrs

Finally, support groups that concentrate on the persecution of Christians, such as Voice of the Martyrs, founded by Lutheran pastor Richard Wurmbrand, or Open Doors founded in 1955 by Andrew van der Bijl, a Dutchman known as Brother Andrew.

How Much More We Can Love 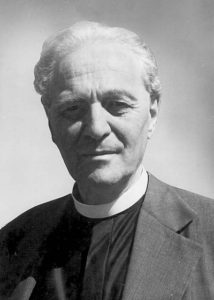 In 1997 the rock band I was a member, Widow’s Mite, recorded a song entitled Suffer They (Garden Rises Up), naming the album after the song.  When I wrote the lyrics for the piece, I just finished Richard Wurmbrand’s book, Tortured for Christ.   I recommend Wurmbrand’s book for his insight into Christian persecution, as well as the remedy Wurmbrand gives to those persecuted: love.  Wurmbrand writes, “God will judge us not according to how much we endured, but how much we could love.”

One of the sublime things you can pray for persecuted Christians is that they love—both Christ as well as the people inflicting the pain of persecution.  Furthermore, the Bible calls the church to love our brothers and sisters being persecuted (Hebrews 13:3), putting feet to our faith by helping alleviate the suffering our fellow Christians face.

I leave you with the opening verse for Suffer They (A Garden Rises Up). 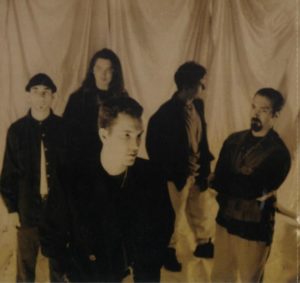 Widow’s Mite image from the album, A Garden Rises Up

Suffer They: A Garden Rises Up

Lives are lost, tongues are silenced

Minds are burned with scenes un-dared

Who are these that shed their blood?

Who are these that bare His name?

Who is this that died for love?

These, my friends, are the martyred ones

Suffer they the martyred ones

A life was laid down,

But a garden rises up.

Amidst the persecution, lets pray a garden of love rises up in the lives of the people affected by persecution. And remember to support people like Jeremy Hunt as they lead the current concern for persecuted Christians around the world.