Top Posts
Pregnancy Resource Centers Fight For Life Amidst Opposition
This World is Not Our Home
Lessons Learned From a Gingerbread House
Let There Be Peace on Earth
‘I Wanna Dance’ movie: Whitney Houston’s success and...
Fact Finding, Sight Seeing, and Prayer Walking
Kidney donation led to 8 life-saving surgeries
The Power of Curiosity
When Love Came Down at Christmas
A Walk of Faith Begins with a Step...
Home Tags Posts tagged with "Christian Slidarity Worldwide"

NORTHERN ALGERIA (ANS) — Algerian police closed the Light Church (L’eglise TAFAT or Lumière) in the city of Tizi Ouzou in northern Algeria on 16 October. Worshippers were ordered out of the church, and those who resisted were forcibly evicted.

CSW said so far, eight churches have been forced to close in Algeria in 2019 alone. On 9 October, church leaders and Christians demonstrated outside the Governorate of Bijaya in northern Algeria, in protest at the mounting crackdown on churches. 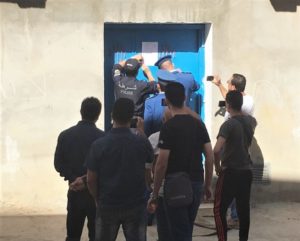 The closures are based on a 2006 law entitled ‘Conditions and Rules for the Exercise of Religious Worship other than Islam,’ and known as Ordinance 06-03 of 2006. The law provides that all non-Muslim places of worship must be authorised by the National Commission for Non-Muslim Worship. However, because the Commission does not actually meet, applications for permission to use buildings as churches, or to build new churches, are never considered. The law also criminalises proselytism of Muslims.

According to CSW, pressures on Christians in Algeria increased significantly from late 2017, at which time a wave of church closures began.

On 18 January 2018, the National Commission for Non-Muslim Worship inspected all Christian places of worship in Tizi Ouzou. Subsequently, several churches were served with notices stating that they should cease their activities because the Commission considered them illegal, even though some of the churches have been functioning over 17 years. Local authorities have cited legal registration requirements to support their claims. CSW is concerned that this action may be part of a wider plan to intimidate Christians nationwide by closing down as many churches as possible.

CSW’s Chief Executive Mervyn Thomas said: “We are deeply concerned by the closure of the Light Church, the Full Gospel Church, and the Source of Life Church in northern Algeria. These closures violate Article 42 of the Algerian constitution, which declares the inviolability of the freedoms of conscience and opinion, and guarantees the free exercise of worship for all citizens.

“CSW calls on the authorities to allow churches which have been forcibly closed to be reopened, and to end the harassment of Pastor Nour Eddein Bin Zeid and other members of the Christian community. We also encourage Algeria to repeal the 2006 law, which effectively criminalises the internationally recognised freedoms of association, and of religion or belief.”