Top Posts
Pregnancy Resource Centers Fight For Life Amidst Opposition
This World is Not Our Home
Lessons Learned From a Gingerbread House
Let There Be Peace on Earth
‘I Wanna Dance’ movie: Whitney Houston’s success and...
Fact Finding, Sight Seeing, and Prayer Walking
Kidney donation led to 8 life-saving surgeries
The Power of Curiosity
When Love Came Down at Christmas
A Walk of Faith Begins with a Step...
Home Tags Posts tagged with "ChristianPersecution in North Korea"

The news outlet said that as with the first round of talks, the conditions that make North Korea the toughest place on earth for Christians were not up for discussion. 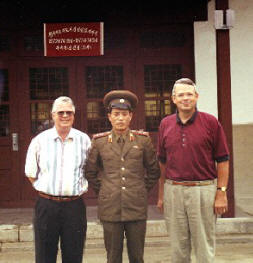 World Watch Monitor stated that last year, 1,137 North Koreans arrived in South Korea, nearly the same number as in 2017, as cited in a provisional report by Seoul’s Ministry of Unification.

The NK News report does not include the number of people who tried and failed to leave North Korea, but it does show that an increasing number crossing the border are female.

Last year 85% of defectors were women, “reflecting the fact that women usually have more freedom of movement if they are not expected to appear at a set workplace,” according to Thomas Muller, analyst for the World Watch Research unit of religious freedom watchdog Open Doors.

“More worrying for the regime are the high-profile defections in recent months, such as a soldier crossing the heavily militarized border with the South, or the still unconfirmed defection of the acting ambassador to Italy together with his family,” he said.

Meanwhile the situation for Christians has grown worse, Open Doors reported. The organisation said there were reports of “an increased number of arrests and abductions of South Korean and Chinese Korean missionaries in China, the strengthened border control with harsher punishment for North Korean citizens who are repatriated from China, and increased efforts by the North Korean government to eliminate all channels for spreading the Christian faith.”

For almost two decades North Korea has topped Open Doors’ World Watch List of 50 countries where it is most difficult to live as a Christian.

According to Open Doors, there are approximately 300,000 Christians in the country, with almost a quarter of them (70,000) being held in prisons and labour camps, where they face “unimaginable torture, inhumane and degrading treatment purely because of their faith,” Zoe Smith, the organisation’s Head of Advocacy in UK & Ireland, said in June. 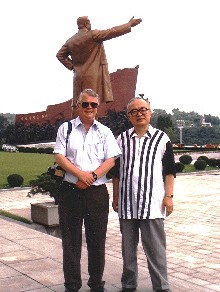 “Life [in North Korea] is very rough. Frequent food shortages, power cuts, typhoons, floods and other natural disasters; just some of the challenges North Koreans still have to deal with. Add to that gross human rights violations, total lack of freedom, information censorship, propaganda and the ongoing political mismanagement and you can see why living in North Korea is like living in Orwell’s 1984,” a Christian human rights advocate who escaped from North Korea and now lives in the UK, told World Watch Monitor last year, which marked the country’s 70th birthday.

Leading up to the meeting in Hanoi, North Korea appealed for food aid to the United Nations “after droughts and floods led to a poor harvest, worsening the impact of UN sanctions,” the Guardian newspaper reported.

The country has faced sanctions since 2006 as the international community has tried to stop Pyongyang to further develop its nuclear weapon arsenal.

In an undated memo, the regime said an ‘urgent response’ was needed as it would have to cut daily rations from January onwards.

North Korea has tried to find ways to survive the sanctions, partly by infiltrating Chinese and South Korean churches in China, as reported by the South Korean based news service Daily NK.

“For the agents, the best place to find out more information about South Korea or to start a business endeavor with South Koreans is in churches attended by large numbers of South Korean business people,” the NK News site stated.