Top Posts
Knowing the One Who Always Keeps His Word
Pregnancy Resource Centers Fight For Life Amidst Opposition
This World is Not Our Home
Lessons Learned From a Gingerbread House
Let There Be Peace on Earth
‘I Wanna Dance’ movie: Whitney Houston’s success and...
Fact Finding, Sight Seeing, and Prayer Walking
Kidney donation led to 8 life-saving surgeries
The Power of Curiosity
When Love Came Down at Christmas
Home Tags Posts tagged with "Church evacuation"

UPPER EGYPT (ANS) — A church in the village of Naghaa Halaf Allah Jaber in Sohag governorate, Upper Egypt, had to be evacuated on April 12 after it was surrounded by local Muslim villagers protesting about repairs to the building.

Christian Solidarity Worldwide (CSW) reports that at the time, approximately 200 Christian children were inside the building attending Sunday school, which takes place every Friday at 4:00 pm. 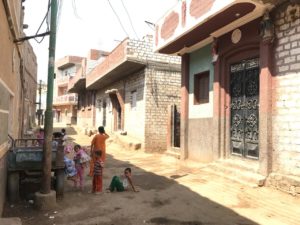 The police arrived at the venue promptly and evacuated the panicking children and the two priests serving the congregation, Father Basileus and Father Bakhum. They were driven away in an armoured vehicle and the building was closed to appease the crowd. Two people were wounded during the incident, including Father Basileus.

A local Christian informed CSW that Christians in the village started using the building for prayers and other church activities ten years ago. It was officially registered four years ago as a “church organisation” under the name of “Anba Karas Religious Association” for social and church activities because the closest legalised church is situated 20km away in Al-Sawamee village.

CSW said the situation began to escalate on April 11 when the village mayor, a Muslim, came to the building to stop construction on an additional fourth floor. The mayor started shouting abuse and called on other Muslims to join his protest. Council authorities arrived shortly after being summoned by the mayor and confiscated all construction materials. Protests continued on April 12, prompting the police to evacuate and close the building.

CSW’S Chief Executive Mervyn Thomas said: “This incident was traumatising for the children and others inside the church, and deeply distressing for the community, which relied on the building since the nearest church is 20km away. These Christians had not broken any laws by using this building. They had received all necessary permissions, and were simply exercising their right to practise their faith peaceably, as enshrined in the Egyptian Constitution and in international covenants to which Egypt is a signatory.”

He added: “The mayor and all others who are inciting religious sectarianism, hatred and violence should be held accountable. We call on the Egyptian authorities to be more proactive in ending all forms of religious discrimination, and to abolish any legislation that restrict freedom of religion or belief for Egyptian citizens, regardless of their creed.”