Top Posts
Knowing the One Who Always Keeps His Word
Pregnancy Resource Centers Fight For Life Amidst Opposition
This World is Not Our Home
Lessons Learned From a Gingerbread House
Let There Be Peace on Earth
‘I Wanna Dance’ movie: Whitney Houston’s success and...
Fact Finding, Sight Seeing, and Prayer Walking
Kidney donation led to 8 life-saving surgeries
The Power of Curiosity
When Love Came Down at Christmas
Home Tags Posts tagged with "Church Split" 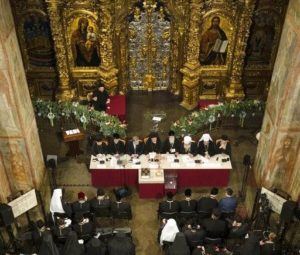 ALBUQUERQUE, NEW MEXICO—The year 1054 AD looms large in church history.  It was the year the Orthodox Church split from the Western Church (Roman Catholic Church).  Though there were many reasons for the split, several stand out:  intellectual outlook, celibacy, creedal controversy, the date of Easter, how icons were used, and how to celebrate communion.

Beneath the split, however, stood political differences (the west was led by Henry III and Pope Leo IX; the East by Constantine IX and Patriarch Michael Cerularius). Attempts were made to mend the relationship (in 1274 AD and 1438 AD, as examples), but all attempts failed.

The split stands as one of the major events in the history of the church. 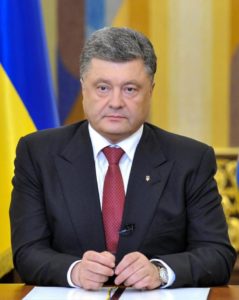 Now, nine-hundred and sixty-four years later, the Russian Orthodox Church is in the process of a similar split.   According to NBC News, the “Ukraine moves to create its own Orthodox church out of Russia’s orbit.”  Like the 1054 AD split, the move has a political undercurrent: Ukraine is distancing itself from Russia’s shadow, particularly as a response to the hostility along Ukraine’s border.

Leaders from three bodies within Ukraine met on Saturday to agree upon a new Ukrainian Orthodox church charter.  Ukrainian President Petro Poroshenko stated, “The creation of an independent Ukrainian Orthodox church is a necessary attribute of nation-building.”  Russian Foreign Minister Sergi Lavorov called the meeting, a “gross interference of the government in the affairs of the church.” 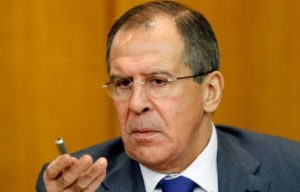 Ukrainian President Petro Poroshenko said Metropolitan Epifaniy, of the Kiev Patriarchate church, had been chosen as head of the new church. 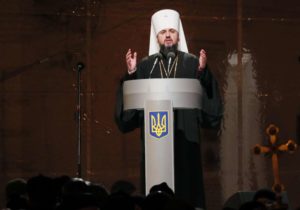 Metropolitan Epifaniy, of the Kiev Patriarchate

BBC News list “Five reasons why it [the split] matters.”  They include: