Top Posts
Knowing the One Who Always Keeps His Word
Pregnancy Resource Centers Fight For Life Amidst Opposition
This World is Not Our Home
Lessons Learned From a Gingerbread House
Let There Be Peace on Earth
‘I Wanna Dance’ movie: Whitney Houston’s success and...
Fact Finding, Sight Seeing, and Prayer Walking
Kidney donation led to 8 life-saving surgeries
The Power of Curiosity
When Love Came Down at Christmas
Home Tags Posts tagged with "Classical Music" 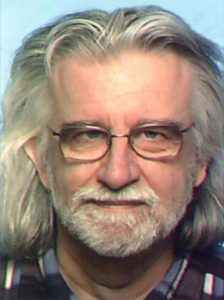 FRANKFURT, GERMANY (ANS)—As the Psalmist declares, “Weeping may stay for the night, but joy comes in the morning” (Psalm 30:5).  Peter Zöller-Greer is a testament to this sentiment.

As a scientist, musician, and Christian thinker, Zöller-Greer has spent his career as a polymath—from writing papers on Quantum physics, composing music (using his own name and pseudonyms like Peter Z., Väter Mannheims and Lee J. Cooper), to teaching engineering and artificial intelligence at Frankfurt University of Applied Science, to his early career as a German pop musician; Zöller-Greer has had an amazing life.  But with a recent health scare, the night and weeping came upon him.

As Zöller-Greer expressed to me in an email: “I had an operation and 37 radiation treatments. But it put me back bodily and mentally, as you may imagine. Now I’m undergoing hormone treatment.” 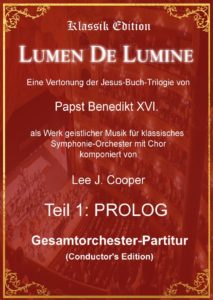 Yet in the midst of the hardship, joy came via interest by Pope Benedict XVI in a composition  Zöller-Greer wrote (under his pseudonym Lee J. Cooper).  Entitled Lumen De Lumine the work is on the life of Jesus, composed for symphony and orchestra with choir. Cornering the symphony, Pope Benedict XVI stated that it is “A tremendously powerful musical work.”

Zöller-Greer used Pope Benedict XVI’s books on Jesus as an inspiration, writing to me, “I used his book-trilogy Jesus of Nazareth as a guideline for the events that I tried to set to music.  Lumen De Lumine is based on Volume 3 of Benedict’s work.”

What, specifically, attracted you to Benedict’s depiction of Jesus in the books, I ask? 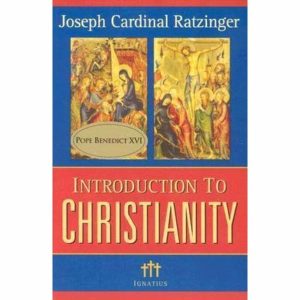 “Pope Benedict is sometimes called ‘The Mozart of Theology,’ and I think this is a very good description of him. His books have a depth that is rarely found. As an example, his world-bestseller Introduction to Christianity is marvelous; it is even used in many evangelical universities. His insights are Bible-based, and Benedict’s knowledge of ancient languages is astonishing.

“The Bible has a wonderful quality that allows people to read and understand it.  But, at times, it can be very daunting. As an example, a friend of mine—Prof. Lutz Simon (Dr. Jur., D. Phil., D. Theo, Emeritus of my University)—told me that his doctoral work in theology was on two verses in John’s Gospels.  Imagine that.  A whole dissertation on two versus!  And though I’m sure Pope Benedict could do the same, Benedict explains very complicated things in very simple terms. I like that!”

Zöller-Greer let me know that Pope Benedict XVI wrote him a letter, “Where he gave me his official blessings for my classical musical works.”  The letter is dated March 9th, 2017.

The composition must have taken a long time to complete, I muse.

How long did it take you to compose Lumen De Lumine, I ask? And when did you have the courage to send the work to Pope Benedict?

“I can finish a pop song in about 2-3 days (this includes recording it in a studio).  A movement of a symphony, however, takes me 2-3 months (the released 1st part of the Symphony has 6 movements). The reason is that a pop song has just a few instruments, 4 or 5 or so. Whereas a symphonic orchestra consists of many instruments, and in in the case of Lumen De Lumine, a choir. And most of the instruments in a symphonic orchestra can only play a single note at a time. So, one has to compose mostly single notes per instruments, and in sum, the music needs to work together and sound good. This is not easy. 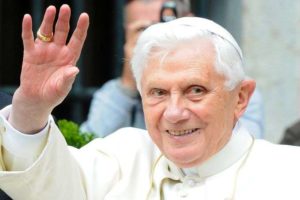 “Concerning the second part of your question: since I like Pope Benedict’s works, especially the ones he wrote while he was still a University Professor under his name Joseph Ratzinger, I thought I’d dedicate my first classical symphony to him. So, I sent him an unfinished audio-CD and the raw musical scores as a present to him on his 90th birthday. His reaction was the letter you mentioned. When all movements were complete, and the official CD and the scores were released (autumn 2018),  I sent him the final version. Again, I received a letter from the Vatican, this time from Msgr. Gänswein with a message from Pope Benedict. The Pope emeritus gave me his gratitude and best wishes.”

What attracted you to Pope Benedict XVI’s work? 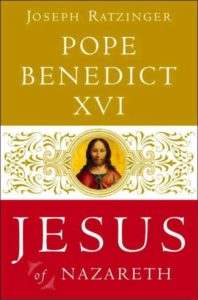 Jesus of Nazareth by Joseph Ratzinger

How can a work like Lumen De Lumine help illuminate our commonality as Christians, centering our faith on Jesus?

“Because Pope Emeritus Benedict XVI’s theology is first and foremost Biblical, the Bible acts as the basis for all Christians. Furthermore, Benedict made it very clear in his books that Jesus should always be the center of all piety. And this is where Protestants and Catholic agree: Jesus and the Bible. I try to capture this in Lumen De Lumine.”

Joy Comes in the Morning 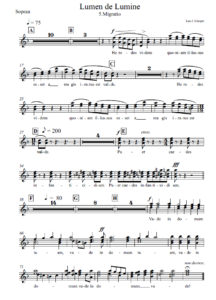 With the completion of Lumen De Lumine and the news from Pope Benedict XVI,  Zöller-Greer has added another page–or note–to his amazing life-score.  And though wrought with recent ill health, the testimony that “joy comes in the morning” rings true to this man of faith.

For those not familiar with the life and work of Zöller-Greer, I recommend a short article I wrote a few years back as in introduction to his work and thought.  It can be found here.

For more information on Lumen De Lumine, go to http://www.composia.de/lumen.