Top Posts
Knowing the One Who Always Keeps His Word
Pregnancy Resource Centers Fight For Life Amidst Opposition
This World is Not Our Home
Lessons Learned From a Gingerbread House
Let There Be Peace on Earth
‘I Wanna Dance’ movie: Whitney Houston’s success and...
Fact Finding, Sight Seeing, and Prayer Walking
Kidney donation led to 8 life-saving surgeries
The Power of Curiosity
When Love Came Down at Christmas
Home Tags Posts tagged with "COEUR D”ALENE"

COEUR D”ALENE, IDAHO (ANS) —  The Christian Emergency Network and The Salvation Army in Coeur d”Alene, Idaho have entered a partnership which will launch the nation’s first Christian Emergency Operations Center. The launch was attended by Kevin Smith DHS Director for Faith and Opportunity Initiatives.

Training will be provided by CEN and TSA will house emergency security preparedness training as well as a Christian Volunteer Reception Center in incidents serving two adjacent counties.

The best practice prototype will be shared with other similar Christian facilities nationwide. The newly released DHS policies regarding Targeted Violence Against the Faith Community best practices will be a unique part of the ongoing training.

The Kroc Center www.kroccda.org  is one of 26 TSA Centers nationwide. It is a beautiful 130,000 square foot facility with state of the art communications to provide “real time” consulting with experts during any all hazards incident. 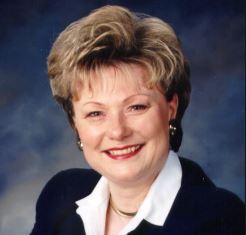 The goal is to mobilize believers and coordinate with local emergency responders. Plans are in place to help the community in case of a major local disaster. When necessary, national resources from The Salvation Army and Christian Emergency Network will be made available to assist in responding.

ReadyCDA is a collaboration, much like in the days of Nehemiah, where Christian churches, ministries, schools and media work side by side with local law enforcement and emergency management to respond to local crises.

“The power of the faith community is often an untapped resource,” said Kevin Smith of the Department of Homeland Security’s Center for Faith and Opportunity Initiatives. “What the Christian Emergency Network and The Salvation Army partnership is bringing through ReadyCDA in Coeur d’Alene is critical to building community preparedness and resilience.”

What sets the Christian Emergency Network’s ReadyCDA apart from other Christian response organizations is that it mobilizes a locally-organized and managed incident-command resource management system that is there through the recovery effort. Human and material resources remain local, where emergencies are best managed.

Volunteers are needed. Training will be provided through e-learning modules for the nine basic response roles: prayer, care, share, safety security, administration, logistics, operations, public information and finance — there is a role for every Christian.

Together, the Christian community in Coeur d’Alene will be, as I Peter 3:15 instructed long ago: “Always be prepared to give an answer to everyone who asks you to give the reason for the Hope that you have. But, do this with gentleness and respect.”

Marr commented: “Thanks to so many who have made this launch possible. Please pray it will serve as beacon of Hope and love when those in crisis ask: Where is God in this?”