Top Posts
Colorado football coach Sanders’ unabashed faith
There’s A Light That Enters Houses With No...
Knowing the One Who Always Keeps His Word
Pregnancy Resource Centers Fight For Life Amidst Opposition
This World is Not Our Home
Lessons Learned From a Gingerbread House
Let There Be Peace on Earth
‘I Wanna Dance’ movie: Whitney Houston’s success and...
Fact Finding, Sight Seeing, and Prayer Walking
Kidney donation led to 8 life-saving surgeries
Home Tags Posts tagged with "Coptic Christian Farmers"

CAIRO, EGYPT (ANS) – For many in Upper Egypt, livestock are not simply animals. They live as part of the family, and when the time comes, are sold. For many Egyptians, their entire livelihood centers around livestock.

“Sometimes I [still] feel afraid,” said Mikhail, a young teenage boy who narrowly escaped with his own life during one of these events. “In the days after the incident, I was waking up terrified and convulsed.” 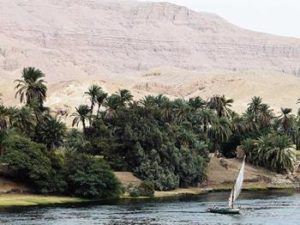 A scene from the Upper Nile in Egypt

In total, Claire Evans reports, four families were targeted by extremists this past fall. It all began when rumors began circulating that extremists connected to the Muslim Brotherhood were speaking against Christians.

Habib was the first Christian farmer targeted by extremists. He had finished feeding his livestock, and returned home for lunch. Suddenly, he heard shouting in the street. When he looked to see where the commotion was coming from, he realized that a fire had broken out in his barn, trapping all of his livestock inside. As he rushed to save the animals, smoke began rising from another part of the village. Yet another Christian farmer’s barn had burst into flames. Both Habib and Isaac, the other farmer, lost all of their livestock.

“When the incident happened, my wife carried dust and put it on her head, that way she is expressing her sorrow. You can imagine how these animals were providing us money,” says Habib. “It was the worst experience of injustice and depression I have went through… it was all faded to black.”

International Christian Concern (ICC) said the tragedy also hit Isaac hard. He started raising livestock as a source of income when he was only 18, and had spent two decades cultivating this business. In a flash, everything was reduced to ashes. “During the night, I didn’t sleep. I was crying and weeping, and it is a shame on a man to cry!”

Habib and Isaac both suspected the arsonists’ identities. They would file a police report, but were afraid of further retribution if charges were pressed. Meanwhile, they struggled with the impact of losing their source of income. Isaac explained, “How can I react to my son when he will ask me for money to pay it to his teacher, or to provide him clothes or shoes? He will feel like he is a lower class than his friends!”

According to ICC, the extremists struck again shortly after these incidents. Hana is a house worker, and was on his way home to attend to his livestock, who provided most of his income. A neighbor was waiting for him, and told Hana that his animals had been attacked. “It was painful to me, to see that my animals were burning and suffering, and I was disabled to help them. It was something like if my sons were burning, God save my sons, please,” recalled Hana.

“It was painful to me, to see that my animals were burning and suffering, and I was disabled to help them. It was something like if my sons were burning, God save my sons, please.”

“The first night after the incident happened, I was thinking of my losses and how can I compensate my family and I was desperate,” Hana added. “I didn’t have any way I can think about [it], I was feeling helpless.”

Like the others, Hana also filed a police report, but he was too afraid to name the suspects. Three barn burning incidents, three families’ livelihoods destroyed by extremists. But the incidents didn’t stop there.

After a brief period of calm, the extremists would strike again. This time, they targeted Mikhail, a 14-year-old who provided most of his family’s income. The extremists arrived at the barn when Mikhail was there alone to feed the livestock. The extremists began to debate what to do. Some wanted to drown Mikhail in the canal, but after much discussion, it was decided to bind and throw him into the sugarcane. They then proceeded to steal all of his livestock.

“It was a bad situation for me,” remembered Mikhail. “I was tied hard and thrown into the sugarcane farm… The gang was four persons. One was standing away and the rest of them [were] surrounding me, and one of them was holding a gun in his hand.”

The incident terrified Mikhail. He was told to stay silent while they stole the sheep, or he would be killed. It has left him traumatized, unable to work by himself. “Before the incident I was herding sheep alone and it didn’t matter for me. I can do it alone, but now I always need someone older than me, just to be by me.”

ICC says these incidents reflect the daily reality of life for Egypt’s Coptic Christians. Persecution is more than acts of violence directed toward Christians on a large scale. It is the daily currents of life that prevent Christians from success even in the most minute details, such as raising livestock.

Thankfully, the stories of these four families did not end here. Today, their way of life is again restored and they are lifted out of the desperate situation persecution had created. The risk of future incidents is always there, but such is the reality which Egyptian Christians must always navigate.