Top Posts
There’s A Light That Enters Houses With No...
Knowing the One Who Always Keeps His Word
Pregnancy Resource Centers Fight For Life Amidst Opposition
This World is Not Our Home
Lessons Learned From a Gingerbread House
Let There Be Peace on Earth
‘I Wanna Dance’ movie: Whitney Houston’s success and...
Fact Finding, Sight Seeing, and Prayer Walking
Kidney donation led to 8 life-saving surgeries
The Power of Curiosity
Home Tags Posts tagged with "Dan and Norma Wooding" 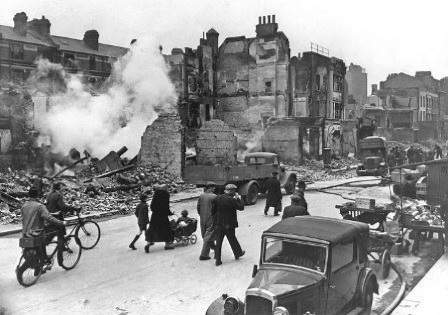 Wartime scene in Britain after another German bombing raid 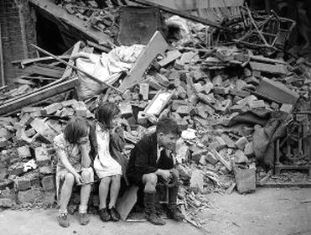 Homeless children after a bombing raid

ASTON, BIRMINGHAM, UK (ANS)- It was a hot summer’s day as a heat wave swept through the British Isles at that terrible time when Adolph Hitler was trying to destroy our country and my city, Birmingham, in particular, was being hit hard from his aerial bombing campaign.

The date was June 17th, 1941 and my mother, Maud Knight, was about to give birth to her second daughter in the front room of 90 Sutton Street, located just off Park Lane, Aston, Birmingham. Because it was so hot, the neighbors had loaned her fans to try to help to keep the room cool. 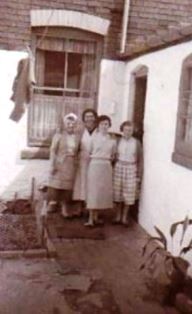 After a short time, I arrived in this world and this was the beginning of my 22 years of living in this tight-knit, working-class community, which was located close to Aston Cross, a local landmark, and also Villa Park, the home of Aston Villa FC.

As I began to grow up, my most vivid memories of this part of Aston, was belonging to an extended family. Our rented house was three-stories high, contained two attics, two bedrooms, a front room, living room, kitchen and cellar used for our coal supply, which was delivered by Bertha, the local coal lady who would bring it around in a wheelbarrow and empty it down the iron grate.

My memories of Bertha were that she always wore dark clothes, a wraparound apron, and a beret. Although covered in coal dust a large part of the time, she was such a happy, joyous character.

There was no bathroom in our house and the toilet was outside and constantly stocked up with cut up newspapers that became our toilet paper. Bath night for our family was usually on a Friday evening when we would drag inside a big tin bath and then boil water on the gas stove until we had enough, and then, one by one, we would take our bath in front of the coal fire.

One of the attics became my bedroom and often, during the summer months, it was baking hot, and in the winter, it was so cold that icicles would form on the inside of the tiny window. 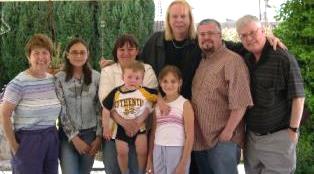 Rick Wakeman with us in California with our son Andrew, wife, Alison, and children.

Neighbors became my aunts and uncles and were always there for me, helping me with all kinds of things. For instance, “Uncle Ernie” would assist me with my arithmetic for school located in Burlington Street. Ernie’s family was the first in our tiny area to acquire a television set. It was a 9-inch black-and-white model and I would go around there and watch Muffin the Mule and other children’s programs aired by the BBC.

My special friend was a neighbor called Hilda, who was the local dressmaker. She taught me to knit and sew and I spent many happy hours each week in her home. Each Sunday, I would have my Sunday lunch with her and her Welsh-born husband, Joe. Years later, she made my wedding and bridesmaids dresses, but tragically she died in a car accident while I was on my honeymoon. It was one of the most terrible experiences of my life, as Hilda had been such a wonderful friend to me as a young girl growing up in this area.

After we had lunch, Hilda would send me to Sunday School at the local Gospel Hall in Park Lane. This was my introduction to spiritual things, which later became very important to me. Recreation for my Mom and Dad — Howard and Maud — would mainly be at the Eagle, a pub on the corner of Sutton Street and Park Lane, which was nothing like the posh Park Lane in London.

My Dad, a builder who had once constructed a wall outside Birmingham’s Cannon Hill Park, that is still there today, would play darts and dominos in the pub, while the men and the women sat together chatting. As the evening would go on, many would start singing the hits of the day. My Dad was also a keen fisherman and one of the highlights of growing up was to go on fishing day trips on a coach [bus] with lots of other local families. In those days, no one locked their doors during the day and I had the freedom of just going in and out of all the different local homes. 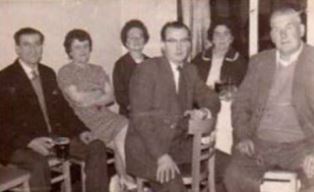 As I got a little older, one of my jobs was to run errands to Aston Cross to get things like grease-proof paper for “Robbo” — Mrs. Robinson — who ran the local café called “Robbo’s Café” on Park Lane, which specialized in sausage sandwiches, bacon sandwiches, tea, coffee and toast. Never since those days, have I ever tasted a sausage and tomato sandwich as you could get from “Robbo’s Café.”

Another job I did to earn some pocket money was to help Mrs. Goodwin, who had another store on Park Lane that sold sweets (candy), bread, ice cream, and general food items. But she would also cater for local weddings and other parties. I would help by being a waitress at some of these events with my sister, Eileen, and sometimes my Mum. We would prepare all the food at the shop and then take it to wherever the party was being held. 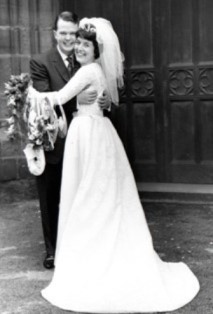 On our wedding day

I finally left Aston on July 13th 1963 when I married Dan Wooding at Aston Parish Church, close to Villa Park, and not far from 14, Lodge Road, Aston, where the one-and-only John Michael (Ozzy) Osbourne was born on December 3rd 1948. He grew up in what was (and still is today) one of the roughest areas of Birmingham. His home was very similar to ours at 90 Sutton Street, now sadly knocked down.

One of my recent fondest memories was visiting my old school in Burlington Street, with Valerie, a friend from those days, and being allowed by one of the demolition men who was knocking it down, to have a tour of what was left of this fine school. I was able to pick up from the floor an old hymnbook, which I now treasure.

After Dan’s career in the British media, we moved to the United States on June 28, 1982, along with our two sons, Andrew and Peter, who both found the Lord while here in Southern California, and then moved back to the UK to work initially with Youth With A Mission, and have since both married and we have six grandchildren. 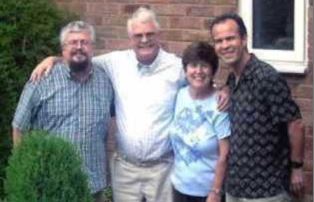 Some 14 months ago, Dan and I moved back to the UK and we now live in North Wales, where we are able to again be close to our family.

And on this, the 78th anniversary of my birthday, my thoughts will go back to those early days in Aston where I first learned about community and also heard the message of Jesus Christ preached at the Park Lane Gospel Hall.

Note from Dan Wooding: If you would like to send birthday greetings or an e-card to Norma to celebrate her birthday, please send it to me at assistnews@aol.com and I’ll pass it onto her. 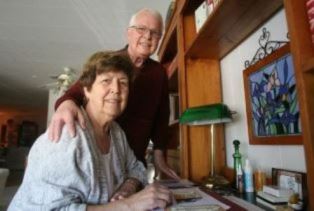 Dan and Norma at home in SoCal

** You may republish this or any of our ANS stories with attribution to the ASSIST News Service (www.assistnews.net). Please also tell your friends and colleagues that they can receive a complimentary subscription to our news service by going to the above website and then signing up there.