Top Posts
There’s A Light That Enters Houses With No...
Knowing the One Who Always Keeps His Word
Pregnancy Resource Centers Fight For Life Amidst Opposition
This World is Not Our Home
Lessons Learned From a Gingerbread House
Let There Be Peace on Earth
‘I Wanna Dance’ movie: Whitney Houston’s success and...
Fact Finding, Sight Seeing, and Prayer Walking
Kidney donation led to 8 life-saving surgeries
The Power of Curiosity
Home Tags Posts tagged with "Danny Gokey"

The sold-out K-LOVE Fan Awards are underway in Nashville, Tennessee at the iconic Grand Ole Opry House for the seventh consecutive year. Matthew West and Mandisa have returned as hosts for the second year in a row. 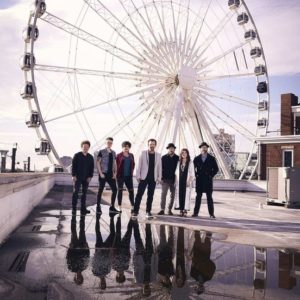 In other highlights tonight, Pro Football Hall of Famer and recent NASCAR Hall of Fame Inductee Joe Gibbs will be this year’s recipient of the Sports Impact Award. Kathie Lee Gifford with Rabbi Jason Sobel will receive the Book Impact Award for The Rock, the Road, and the Rabbi: My Journey into the Heart of Scriptural Faith and the Land Where It All Began.

The K-LOVE Fan Awards is the only fan-voted awards event in the Christian music industry. The sold-out weekend kicked off with Friday’s concert by Lauren Daigle, Zach Williams and Micah Tyler. Saturday was filled with fan experiences including three different meet and greet sessions where fans had an opportunity talk to and take photos with their favorite artists, a songwriter’s showcase helmed by five-time GRAMMY® winner Steven Curtis Chapman, and the night finished with the Run For Love 5K to benefit Hands and Feet Project. Sunday started off with a Sunday morning worship service led by Phil Wickham and Alex Kendrick.

The show will be broadcasted by TBN on Sunday, June 9 (at 9 p.m eastern/8 p.m. central & 6 p.m. pacific). Viewers can find their local TBN channel through the network’s Channel Finder at https://www.tbn.org/watch/channel-finder. For the latest on the 2019 K-LOVE Fan Awards, go to www.klovefanawards.com.