Top Posts
Knowing the One Who Always Keeps His Word
Pregnancy Resource Centers Fight For Life Amidst Opposition
This World is Not Our Home
Lessons Learned From a Gingerbread House
Let There Be Peace on Earth
‘I Wanna Dance’ movie: Whitney Houston’s success and...
Fact Finding, Sight Seeing, and Prayer Walking
Kidney donation led to 8 life-saving surgeries
The Power of Curiosity
When Love Came Down at Christmas
Home Tags Posts tagged with "Deportation to Pakistan"

BRISTOL, UNITED KINGDOM (ANS) — More than 7,600 people have signed a petition supporting a Pakistani Catholic Christian facing deportation to stay in the UK, and there are now reports he will have a fresh bail hearing on May 14.

Azeem Wazir’s case looks set to be heard at a bail hearing next week, potentially delaying his deportation, according to an article for SKYNews by news reporter Rebecca Taylor. 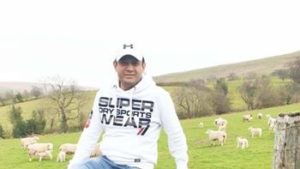 Azeem Wazir came to the UK after he was accused of dishonouring Islam in his native Pakistan SKYNews Photo.

Wazir, who now lives in Bristol, came to the UK several years ago after he was accused of dishonoring Islam in his native Pakistan. He faces deportation to Pakistan where his family says he could be sentenced to the death penalty. He may now have been offered a lifeline after a bail hearing was reportedly granted.

Wazir has applied for asylum in the UK, but his case was denied and he faced being deported on May 10. His family says if he returns he will be jailed and possibly killed, while he fears he will be murdered for his faith.

Wazir has a fatwah on him in Pakistan. He is currently being held at Colnbrook detention centre near Heathrow Airport.A www.Change.org  petition calling for him to be able to stay in the UK states: “As a Pakistani Catholic he was accused of ‘dishonoring the religion of Islam, prophets, Quran and Muhammad’ and a fatwa was placed against him because of his protests against the blasphemy law and his involvement in the campaign ‘Stop Killing Christians.’

“Azeem has been targeted by Islamic extremists in Pakistan and has left family and a prosperous lifestyle in 2015 in fear of his life. His wife who is still in Pakistan have continued to receive threats against Azim including unknown people firing weapons outside their home and stoning the building.”

The 45-year-old had to leave behind his wife and two children to escape to the UK.

The petition statement adds: “His family expect him to be incarcerated and charged with blasphemy which carries the death penalty. Azeem’s own fear is that Islamic extremist networks will arrange for his murder.”

Marvin Rees, the Mayor of Bristol, tweeted: “Very disturbed to hear that Bristol resident and campaigner for #AsiaBibi Azeem Wazir is being threatened with imminent deportation. I’m joining with the many others calling on @Sajidjavid to halt this deportation and reconsider Azeem’s asylum case.”

Wazir has been working in the UK as a church cleaner, and is a member of Woodlands Church in Bristol, where the team says he is “a warm and loving member of the community.”

A Home Office spokesman said: “The UK has a proud history of granting asylum to those who need our protection. Each case is assessed on its merits and individuals have the right to appeal to an independent immigration court.

“Where a decision has been made that a person does not require international protection, removal is only enforced when we and the courts conclude that it is safe to do so, with a safe route of return. We do not routinely comment on individual cases.”

Editor’s Note: According to the Islamic Supreme Council of America (ISCA), in recent years, the term “fatwā” has been widely used throughout the media, usually to indicate that a death sentence has been dealt to someone or some group of people.

ISCA states on its webpage: “The limited use of this term has resulted in a limited understanding of its meaning. A fatwā is not by definition a pronouncement of death or a declaration of war.  A fatwā is an Islamic legal pronouncement, issued by an expert in religious law (mufti), pertaining to a specific issue, usually at the request of an individual or judge to resolve an issue where Islamic jurisprudence (fiqh), is unclear.”

However, in the opinion of many human rights watchdog organizations, while this statement may act as a definition of fatwah, in countries where Shariah Law is practiced, those who defame the Prophet Mohammed or speak against Islam more often than not face severe retribution, including the death penalty.