Top Posts
Knowing the One Who Always Keeps His Word
Pregnancy Resource Centers Fight For Life Amidst Opposition
This World is Not Our Home
Lessons Learned From a Gingerbread House
Let There Be Peace on Earth
‘I Wanna Dance’ movie: Whitney Houston’s success and...
Fact Finding, Sight Seeing, and Prayer Walking
Kidney donation led to 8 life-saving surgeries
The Power of Curiosity
When Love Came Down at Christmas
Home Tags Posts tagged with "Dr James F Linzey" 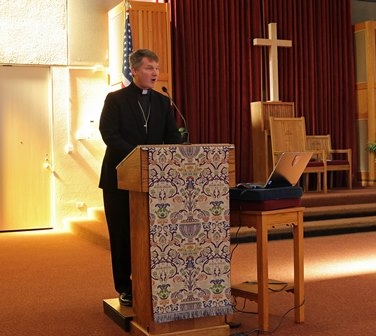 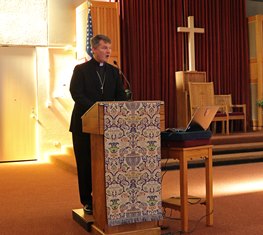 The event took place at the Airman-Marine Memorial Chapel at 11:30 a.m. on the installation which is the former home to Top Gun.

Commander Don Biadog, the Command Chaplain of MCAS Miramar, presided over the event and introduced his guest speaker, who was none other than Dr. Darrow Perkins, Jr., pastor of Mesa View Baptist Church in San Diego, California. Dr. Perkins gave an inspirational message on the vast milestones of African American personalities throughout American history. Dr. Perkins left no stone unturned in substantiating African-Americans’ vast contributions to the American industrial revolution. 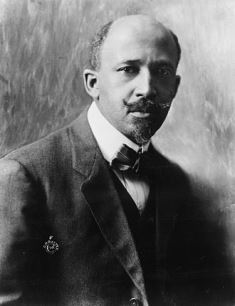 The invocation delivered by Dr. Linzey was an eloquently delivered quote of “Give Us Grace,” by Dr. Du Bois, who was the first African American to be awarded a doctorate from Harvard, and an educator and civil rights activist. His prayer, alluding to Queen Esther’s confrontation of King Xerxes for his plans to kill all the Jews of the Persian Empire, reads:

Give us grace, O God, to dare to do the deed which we well know cries to be done. Let us not hesitate because of ease, or the words of men’s mouths, or our own lives. Mighty causes are calling us—the freeing of women, the training of children, the putting down of hate and murder and poverty—all these and more. But they call with voices that mean work and sacrifices and death. Mercifully grant us, O God, the spirit of Esther, that we say: I will go unto the King and if I perish, I perish.

The propriety of this prayer, read by Dr. Linzey, is shown by its application to all oppressed peoples of the world, not just to Jews or African Americans. Every people group in world history has suffered injustices, and African American History commemorations serve to bring light to this reality and to encourage unity of likeminded individuals to put a stop to oppression, suppression, and persecution in every generation.

The racial mix of the participants were African American (Dr. Perkins and the Mesa View Baptist Church Singers), Filipino (Commander Biadog), and Caucasian (Dr. Linzey who is a supporter of civil rights as well as a card-carrying supporter of the Anti-Defamation League).

Photo captions: 1) Dr. James F. Linzey speaking at the event held at the Airman-Marine Memorial Chapel in Miramar. 2) Dr. W. E. B. Du Bois in 1918. 3) Dan Wooding with Dr. Linzey and his mother, Verna Linzey, on a TV show in Southern California. 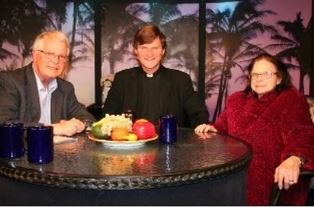 About the writer: Dan Wooding, 77, is an award-winning author, broadcaster and journalist who was born in Nigeria of British missionary parents and is now living in Southern California with his wife Norma, to whom he has been married for nearly 55 years. They have two sons, Andrew and Peter, and six grandchildren who all live in the UK. He is the author of some 45 books and, besides running the ASSIST News Service, Dan has two TV programs and one radio show in Southern California.