Top Posts
Colorado football coach Sanders’ unabashed faith
There’s A Light That Enters Houses With No...
Knowing the One Who Always Keeps His Word
Pregnancy Resource Centers Fight For Life Amidst Opposition
This World is Not Our Home
Lessons Learned From a Gingerbread House
Let There Be Peace on Earth
‘I Wanna Dance’ movie: Whitney Houston’s success and...
Fact Finding, Sight Seeing, and Prayer Walking
Kidney donation led to 8 life-saving surgeries
Home Tags Posts tagged with "Egypt: brothers shot dead ahead of Coptic Christmas" 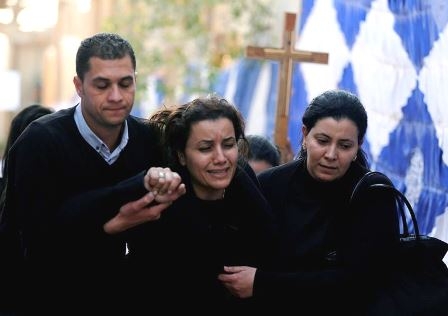 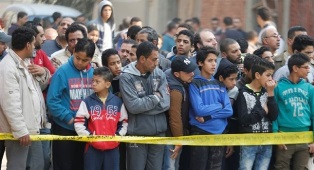 The Christian brothers were killed when a gunman pulled up outside the shop on a motorbike before shooting them with a rifle.

According to World Watch Monitor (https://www.worldwatchmonitor.org/) It is illegal to sell alcohol without a license in Egypt. On January 2 last year, a Muslim man slit the throat of a Coptic store owner in Alexandria. The attacker, who was sentenced to death, told the court he would kill all alcohol sellers if he could.

The New Year’s Day incident took place only days after eight Christians were shot dead in a double attack on December 29, targeting Christians leaving a morning service at Mar Mina and Pope Kyrillos VI Coptic Orthodox church in Helwan — also part of Greater Cairo — and, earlier in the same day, another shop near to the church. The attack on the shop resulted in the deaths of brothers Romany and Atef Shaker Roshdy, who were sons of the shop owner.

The Islamic State group, also known as ISIS, claimed responsibility for the attack, which involved two assailants, including one on a motorbike who was shot by security forces during an attempt to break through a barrier outside the church. 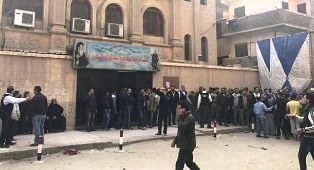 Security forces are braced for further attacks against Coptic Christians ahead of the official Orthodox celebration of Christmas on January 7 — last year five Christians were murdered over a 13-day period surrounding the celebrations.

Bishoy Hosny, 26, a member of Mar Mina, was defiant in the face of further attacks. “This incident will not affect [Coptic] Christmas and Christians will go to their churches without fear,” he said. “We will celebrate Christmas because a real Christian doesn’t fear anything. Tightening security doesn’t prevent incidents. We know we are still targeted but we insist on going to our churches and celebrating our feasts. This is what must be done to confront terrorist threats.”

Fady Rezk, 23, also a member of the church, expressed doubt that heavier security would prevent more attacks. “The security forces have failed to secure churches at the time of the feasts both this year and in previous years,” he said. “But, like us, some of them are killed too.”

“Redad Abdel Rohman, a Muslim police officer guarding the church, was later named as one of the dead,” said World Watch Monitor.

“Six Christians — Wadih Al-Qomes Markos Boutros, Emad Abdel Shahid, Safaa Abdel Shahid, Evelyn Shukrallah Atallah, Wagid Ishaq Ghobrial and Nermin Sadiq Souss — were killed outside Mar Mina church, while Romany and Atef Shaker Roshdy were killed earlier in the day, while working at their father’s homeware shop. Four others were injured in the two attacks, including another security officer. All are in hospital, with one in a critical condition.”

Police identified one of the attackers as Ibrahim Ismail Mustafa, 33. He was arrested at the scene after being shot by police. The other attacker escaped on a motorbike. 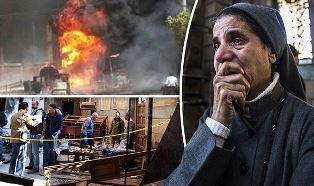 Girgis Nady, another member of Mar Mina, saw the attack unfold. “The two masked gunmen stopped their motorcycle in Mostafa Fahmy street [the small side-street to the church]. One of them carried an automatic weapon, and was wearing a protective jacket with a small bag over his shoulder,” he said.

“He got off the motorcycle and approached the police officer and two soldiers guarding the church. He opened fire, killing one of them and injuring the two others.

“It started at 10.27am, at the end of Mass, when worshippers were leaving the church. After the terrorist fired on the guards, he tried to enter the church, but the young people from the church managed to close the main door from inside.

“That was a miracle from God to protect his people because if this terrorist had been able to enter the church, the number of victims would have been in the hundreds.”

The second assailant arrived on the motorbike and both started firing on Copts leaving the church. Police arrived shortly afterwards, shooting and arresting Mustafa, while the second attacker fled on his motorbike. The shooting ended at 11am, lasting just over half an hour, according to Nady. 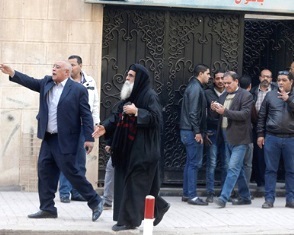 World Watch Monitor went on to say that at 7 pm on the day of the attack, funerals for the eight dead Christians were held at The Virgin Mary Coptic Orthodox church in Helwan. Thousands attended the service, including both Copts and Muslims, a source told World Watch Monitor. The eight were buried at the monastery of Anba Barsoum El-Erian.

“The attackers chose our church because it is small and the number of police assigned to guard it are few,” said Father Boulas Younan of Mar Mina church. “It was easy for them to attack and control the situation. They had planned for everything and were crafty. They knew the church entrances and exits very well. They attacked the shop first to keep the police busy.

“This attack confirms the attempts of those terrorists to disrupt our celebrations of New Year and Christmas. They wanted to spoil our joy of Christmas and New Year, they want to intimidate us and prevent us from going to church to pray. But such incidents just increase our determination to go to church, and fight terrorism and uproot it. 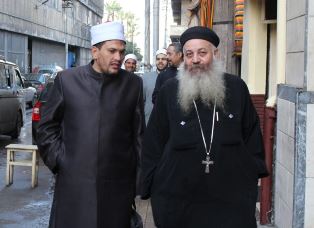 “The terrorists have no religion and no homeland. We join hands with each other — Muslims and Christians — to confront this brutal terrorism.”

Father Mina Gaber Ishaq, another priest at Mar Mina, said he “expected” the attack, which he said was aimed at damaging national unity.

More than 100 Coptic Christians were killed in 2017 in Egypt, which ranks 21st on the 2017 Open Doors World Watch List of the 50 countries where Christians face the most extreme persecution. The 2018 World Watch List is to be published in few days, on January 10th.

Photo captions: 1) Over 100 Coptic Christians were killed in 2017. The latest in a long line of violent incidents took place on December 29, when a man attacked a church in Helwan, and then two brothers were murdered (World Watch Monitor). 2) The Islamic State group claimed responsibility for the attack on the church, which involved two assailants, including one on a motorbike who was shot by security forces during an attempt to break through a barrier outside the church (World Watch Monitor). 3) A nun reacts with horror to bomb explosion at Cairo Coptic Cathedral (Reuters). 4) One of the church’s priests said: “The attackers chose our church because it is small, and the number of police assigned to guard it are few” (World Watch Monitor). 5) A Muslim Imam and Coptic Priest walk together. 6) Dan Wooding with the late Norm Nelson of Compassion Radio, at the pyramids in Giza, Egypt. 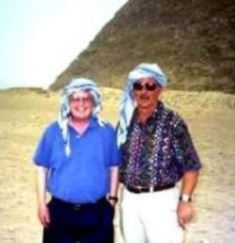 About the writer: Dan Wooding, 77, is an award-winning winning author, broadcaster and journalist who was born in Nigeria of British missionary parents, Alfred and Anne Wooding, and is now living in Southern California with his wife Norma, to whom he has been married for more than 54 years. They have two sons, Andrew and Peter, and six grandchildren who all live in the UK. Dan is the founder and international director of ASSIST (Aid to Special Saints in Strategic Times) and the ASSIST News Service (ANS), and is the author of numerous books. He also has two TV shows and a radio show, all based in Southern California. He has reported for ANS from all over the world, and has made several trips to Egypt.