Top Posts
Colorado football coach Sanders’ unabashed faith
There’s A Light That Enters Houses With No...
Knowing the One Who Always Keeps His Word
Pregnancy Resource Centers Fight For Life Amidst Opposition
This World is Not Our Home
Lessons Learned From a Gingerbread House
Let There Be Peace on Earth
‘I Wanna Dance’ movie: Whitney Houston’s success and...
Fact Finding, Sight Seeing, and Prayer Walking
Kidney donation led to 8 life-saving surgeries
Home Tags Posts tagged with "Elmer Towns" 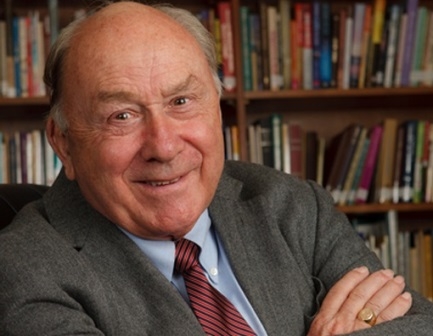 LYNCHBURG, VA (ANS – February 27, 2018) — On Monday, I received a call inviting me to the private funeral of Billy Graham. “Why me?” I thought. Then I was reminded that I taught at the Billy Graham School of Evangelism. Also, I was a member of his foreign missions committee that planned Amsterdam 2000.

What will I remember when I view his body or be present when his wooden casket is lowered into the grave? I will not remember the vast crowds that came to hear him preach or the powerful sermons inviting people to come to Jesus, nor will I remember he was the pastor to every U.S. President since Truman, or that I graduated from Northwestern College, Minneapolis, Minnesota, where Billy had been president. 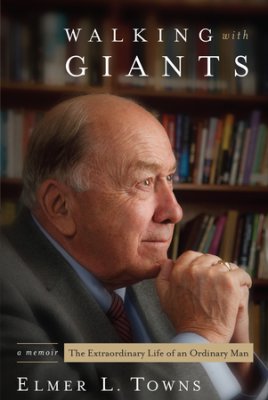 I will remember revival—a true Holy Spirit revival. Revival is when God pours out His presence on His people and both they and the church revives New Testament Christianity.

I will remember my senior high Sunday school class discussing the Billy Graham revival in Los Angeles where crowds filled the massive tent for eight weeks. As a 17 year-old boy I knew that God’s power was all over that young evangelist named Billy Graham and I wanted what he offered.  Little did I know that in just a few months mercy drops of revival would splash into a little Presbyterian church in Savannah, Georgia where I attended.  On July 25, 1950, I was born again and nothing has been the same.

I went to Columbia Bible College and Billy Graham filled the Columbia South Carolina auditorium every night with city-stirring revival.  Almost every radio station covered it live and I remember turning the radio dial from one exciting interview to another. I remember thinking, “This is just like Pentecost.”

I remember joining First Baptist Church Dallas, Texas, in 1954, when I went to seminary.  A few weeks later Billy Graham came to join the church.  The crowd on the street seemed to be as the one in the church.  I could feel the windows of heaven opening as God poured revival into that church (it became the biggest in America in the 1950s).

I remember my friend Lyman Coleman left seminary in our second year to move to London, England, to administer the follow-up program at Harringay Arena in London, England, because thousands were coming to church.  “Don’t give up your education,” I told Lyman. But he said that this is a life-changing opportunity.

I remember visiting Emmanuel Baptist Church on Yoido Island, Seoul, Korea, just after Billy Graham had preached to over one million people gathered at one place. I talked to a former Buddhist taxi cab driver who had taken passengers to see the spectacular event and stayed to hear the sermon.  He was saved and became a pastor and that nation was never the same.

I remember sitting in a hotel conference room in the 1990s planning Amsterdam 2000 and a budget of 36 million dollars. The Billy Graham organization spent that much to pay for 7000 evangelists at Amsterdam ‘87. Billy said we could do it again in the year 2000 for the same price, but this time train 10,000 evangelists. He paid their plane fare from all over the world, plus hotel accommodations for 10 nights and meals.

“We will raise 36 million dollars before the meeting begins,” Billy said through a teleconference communication. Someone asked, “How can we do that?” Billy answered, “I will write a personal letter to 36,000 people and ask for $1,000 each.”

I remember jumping to my feet saying, “I will give the first thousand.” I remember Billy’s faith for money, and for his faith for the biggest crowds ever and for revival, i.e., the presence of God.

Times are rough, everyone seems to be caught up in pleasure, or pursuing their addictive habits, and that politicians are angry and are attacking other politicians from their own prejudice that keeps the world in turmoil. 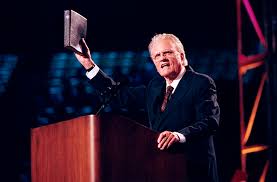 When they cover Billy’s wooden casket with dirt, I will not look back. I will look to the future.  I will know that somewhere there is another Billy who will study in another unknown Wheaton College, who with only a Bible and the call of God upon his life and faith to move mountains, will again believe God for revival. God will again pour Himself on this needy world. However, the next Billy may come from Fiji, or will be a Hispanic boy from the Southwest or an immigrant from the Far East. He will have an answer for the problems of the world and he will preach to the multitudes in their hour of decision. God will do it again.

Billy made me believe in revival because I was able to touch it, and in return revival touched me. I want Billy’s funeral to tell the world we can have revival in our time. 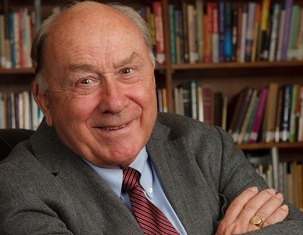 About the writer: Dr. Elmer L. Towns is a college and seminary professor, an author of popular and scholarly works (the editor of two encyclopedias), a popular seminar lecturer, and dedicated worker in Sunday school, and has developed over 20 resource packets for leadership education. He was President of Winnipeg Bible College for five years, and co-founder of Liberty University, with Jerry Falwell, in 1971, and was the only full-time teacher in the first year of Liberty’s existence. Dr. Towns has given theological lectures and taught intensive seminars at over 50 theological seminaries in America and abroad.  He holds visiting professorship rank in five seminaries.