Top Posts
Knowing the One Who Always Keeps His Word
Pregnancy Resource Centers Fight For Life Amidst Opposition
This World is Not Our Home
Lessons Learned From a Gingerbread House
Let There Be Peace on Earth
‘I Wanna Dance’ movie: Whitney Houston’s success and...
Fact Finding, Sight Seeing, and Prayer Walking
Kidney donation led to 8 life-saving surgeries
The Power of Curiosity
When Love Came Down at Christmas
Home Tags Posts tagged with "Emmanuel Ogebe" 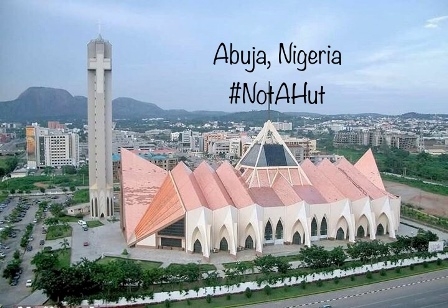 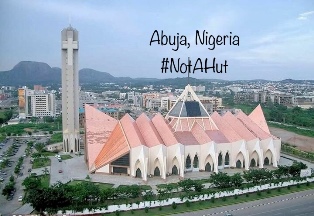 NIGERIA/USA (ANS – January 14, 2018) — Long before I came on exile to the US a couple of decades ago, I’d heard the apocryphal story of the visiting African who was asked by an American, “is it true that Africans live on trees?” The well-educated and equally well-spoken African responded, “yes, it is true, and the US embassy is the biggest hut next to my hut!”

It was funny then until my friend was asked that question in her school in DC some years ago. President Trump’s reported statement that when Nigerians see America they never want to go back to “their huts” is downright appalling.

Besides me who came here as a young human rights lawyer having been imprisoned and tortured by a brutal military dictator, in recent years I have helped a number of victims of Boko Haram terrorism come to the US. These were simply Christian schoolgirls who had jumped out of Boko Haram’s trucks after they were abducted with hundreds of classmates from their school in Chibok. They were not here because of the American dream. They just wanted to be somewhere, anywhere, they could go to school and not be abducted, raped, converted to Islam or used as suicide bombers. Boko Haram has a set a world record for the most suicide bombers in history – 80% of whom are women and children. 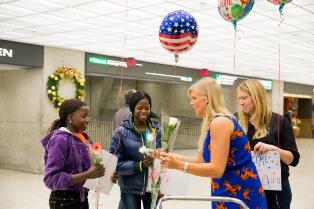 Ironically Trump’s remarks undercut him with a group that has traditionally favored him and the GOP. In Nigeria, like President Bush before him, he is popular for standing up to islamist terror. Strangely enough even people who dislike Trump are amused he beat Secretary Clinton who they blame for not acting on Boko Haram terrorism and for tacitly foisting Muslim General Buhari on Nigeria.

Jos the city in northern Nigeria where I was born is also the birthplace of many MKs (Missionaries’ Kids) from America, Canada and England many of whom are proud of this fact and have asked me if this entitles them to Nigerian citizenship. The oldest American High School on the continent of Africa is located there. The Chibok school the 276 schoolgirls were abducted from was built by American missionaries 70 years ago last year. I was privileged to meet the MK of one of the teachers who herself recently served in Nigeria. (ASSIST Founder, Dan Wooding, incidentally is an MK, born in Nigeria who, incidentally, continues to care and be engaged with that country.)

More contemporaneously, the US is Nigeria’s largest trade partner in the continent being home to the biggest economy and population. As the 5th largest oil supplier to the US for several years, Vice President Cheney’s Halliburton and Secretary of State Tillerson’s ExxonMobil are just a couple of American companies that have extensive dealings in Nigeria. Gov. Jeff Bush and President Clinton are other prominent Americans who have earned income in Nigeria via business and speaking fees respectively.

For the Nigerian-American community the remarks are no less a letdown. Long recognized as the single most educated segment of the US population (including all immigrants and natural born US citizens) it is simply disheartening that such a hardworking community of immigrants with numerous academic achievements would be so derisively dismissed by the US President. Hundreds of Nigerian medical doctors are helping sustain the US medical system in dire need of foreign medics as longer-living baby boomers strain the system.

Among these are Dr. Bennet Omalu who discovered the mental condition, CTE, afflicting NFL players as depicted in the movie CONCUSSION starring Will Smith which has also been discovered to affect war veterans. Dr. Olutoye, whom I was privileged to meet performed a ground-breaking surgery on a fetus in utero as reported by CNN — a procedure that could considerably improve prospects for babies who would otherwise be aborted. Just these two doctors alone have been responsible for medical breakthroughs that will save countless American lives of our wounded warriors and innocent fetuses!

For some of us who have worked on US-Nigeria relations for years, it was not enamoring that one of the president’s first policy actions on Africa was to consider allowing tusk hunting – apparently a favorite pastime of his son. This reductionist approach to Africa where China, Israel and the Mid-East, are making significant diplomatic and economic overtures boggles the mind.

In 2015, US agricultural exports to Nigeria were worth $667 million while Nigeria’s agro exports to the US were a mere $32 million. These gave the US a favorable trade balance of over half a billion dollars. Yes, Nigeria is helping support US farmers! 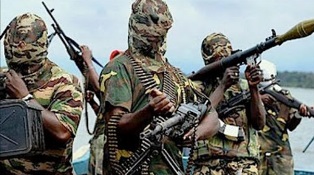 One cannot quite fathom what Mr. Trump stands to gain by espousing such senseless, unhelpful, inaccurate and even racist stereotypes although sometimes plain ignorance masquerades as racism. True, ignorance is not a defense but at what point does ignorance become an offense?

There are tens of thousands of Americans living and earning incomes in Nigeria and the US mission is one of the largest and most lucrative on the planet. To date, it is a sought-after destination for many A-list musicians such as Beyoncé and others who have performed at glitzy events in Nigeria as well as prominent evangelical leaders who jet in for massive gospel crusades. [The most recent was the huge farewell crusade by Reinhard Bonnke in Lagos, attended by millions, which was reported on by Dan Wooding’s son, Peter, for several TV networks, via the Global News Alliance).

Sadly, notwithstanding the familiarity of Trump’s base with the horrific persecution Nigeria’s Christians are going through with jihadi terrorism, they have neither advocated for refugee resettlement relief for them or even direct aid as has been requested for Iraqis.

Even the US, stung by an overwhelming negative UN vote on Jerusalem, needs less diplomatic walls and more bridges. In a similar UN vote against Israeli “occupation” 3 years ago, Nigeria abstained after Secretary Kerry phoned Nigeria’s then Christian president Jonathan – a move that spared a US veto and was deeply appreciated by the US and Israel. 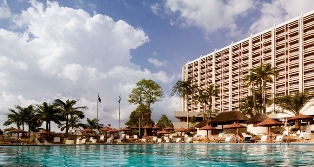 It is small comfort that the veracity-bereft White House press office has denied the comments. Indeed, Trump’s profanity-laced tirade against “SH” countries puts paid to any denials. It also reveals a two-faced president who infamously told African presidents during a UN meeting last year that Africa had made his “friends rich.” Worse still some immigrants see in Trump a semblance to the face of tribalist autocrats that they had fled from.

It is a tragic irony that the week preceding his very first Martin Luther King Memorial Day as president, his divisive remarks speak of a nightmare world where young Norwegian and Nigerian boys are not equally welcome in America.

If I had a chance to speak to the president, I would inform him that Presidents Bush, Carter and Clinton are amongst his predecessors who have stayed at the Hilton Abuja. And it’s one of the biggest huts in Nigeria if he ever comes golfing or hunting in Africa.

Photo captions: 1) The National Christian Center in Nigeria’s capital city of Abuja. 2) Two escaped Chibok schoolgirls who’ve both lost their dads welcomed to the US by Christian volunteers in December 2014. 3) ANS founder, Dan Wooding, as a baby with his missionary mother, Anne, shortly after his birth at Vom Christian Hospital in Nigeria. 4) Boko Haram militants. (Image: Times Media). 5) The Abuja Hilton. 6) Emmanuel Ogebe.

About the writer: Emmanuel Ogebe is an international human rights lawyer and religious freedom advocate. He is Special Counsel for the Justice for Jos Project, which is “Seeking to end impunity in the Nigerian Genocide.” His e-mail is: justiceforjos@gmail.com