Top Posts
Colorado football coach Sanders’ unabashed faith
There’s A Light That Enters Houses With No...
Knowing the One Who Always Keeps His Word
Pregnancy Resource Centers Fight For Life Amidst Opposition
This World is Not Our Home
Lessons Learned From a Gingerbread House
Let There Be Peace on Earth
‘I Wanna Dance’ movie: Whitney Houston’s success and...
Fact Finding, Sight Seeing, and Prayer Walking
Kidney donation led to 8 life-saving surgeries
Home Tags Posts tagged with "Eric Metaxas" 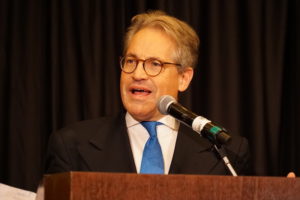 ALBUQUERQUE, NEW MEXICO (ANS)—“Not everyone has changed the way we view maps. But we’re here to celebrate an archeologist who has”, notes author and media host Eric Metaxas.  Metaxas was referencing the new The Harvest Handbook of Bible Lands and the archeological excavation in Jordan, Tall el-Hammam, the site Dr. Steven Collins firmly believes is the ancient city of Sodom.

Metaxas and other speakers gathered at the Marriott Pyramid Convention Center in Albuquerque, New Mexico to pay tribute to the life and work of Dr. Collins.  After fifteen seasons of archeological excavations, Dr. Collins—through books, national media programs (such as National Geographic), academic papers, and lectures—has presented a strong case supporting the historicity of the Biblical text.

And with the release of The Harvest Handbook of Bible Lands, his work is available for all to read in an approachable format.

The Golden Triangle of Freedom 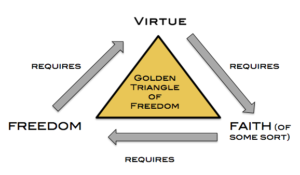 With Pastor Skip Heitzig hosting the event, a packed house of people listened to a lineup of speakers that followed a common theme of Biblical reliability.    Of note, Eric Metaxas spoke on The Golden Triangle of Freedom, an idea proposed by Dr. Os Guinness.  In the presentation, Metaxas linked the triangle—the interconnection between virtue, faith, and freedom—to help the audience understand the need for all three elements of the triangle to be present in a culture, and how work like Dr. Collins gives evidence for faith, and thereby supports virtue and freedom.

During Dr. Collins’ presentation—where he gave a short overview of the Tall el-Hammam project—he recognized Dr. Joseph Holden, co-author of The Harvest Handbook of Bible Lands and President of Veritas International University.  I reached out to Dr. Holden to get more insight into the recent Harvest House book release. 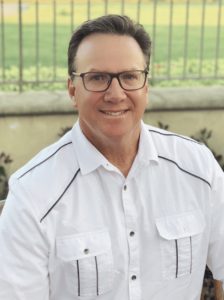 Dr. Holden, what makes The Harvest Handbook of Bible Lands a significant release?

“The Harvest Handbook of Bible Lands brings the reader into the epochs of the biblical world through the most up-to-date and well-written narrative-style text, maps, photographs, illustrations, timelines, and breakout articles. It brings to life the ancient Near East in the clearest and most concise terms possible.  Though it incorporates current ancient Near Eastern studies and archaeology, this Handbook takes advantage of the most recent information from all the biblical and scientific disciplines upon which it touches. In the process, not a few traditional-but-erroneous views are dismissed and replaced by more accurate information.”

Why is it important for a book like The Harvest Handbook of Bible Lands to support the reliability and historicity of the Bible? 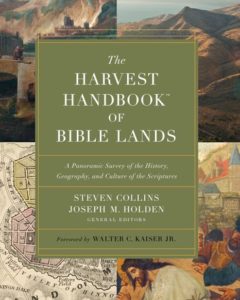 The Harvest Handbook of Bible Lands

“Jesus’s words are instructive when we consider the important link between history and doctrine, ‘If I have told you earthly things and you do not believe, how can you believe if I tell you heavenly things?’ (John 3:12). The historical and scientific statements of Scripture form the bedrock from which the precious doctrines. The implications are clear. If we cannot trust the basic historical, geographical, and scientific propositions of the Bible, we have no justified belief in the heavenly promises. The modern advances that the various scientific disciplines have contributed to Near Eastern studies have been instrumental in rooting the biblical narratives in the space-time world, with real geography, persons, places, and artifacts of material culture.  As a result, critical arguments marshalled against the authenticity of the Bible are no longer allowed to roam unchecked without strong counterarguments challenging the very presuppositions on which the criticism is based. Far from adopting a view that understands the biblical narratives as simply products of the fertile imagination of a Jewish mind or stories emerging from late Judahite priests, the narratives have taken on a life and vitality of their own—and are grounded in reality!” 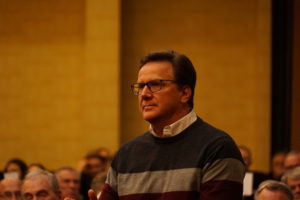 As co-editor of the book, are there any standout sections you’d like to draw people’s attention to?

“The Harvest Handbook of Bible Lands brings to life the patriarchal narratives, the lives of Abraham, Isaac, and Jacob and their families. For far to long, negative critics have dismissed these figures in favor of critical theories that attempt to discard the historical nature surrounding the Genesis record. The patriarchs form the foundation of God’s redemptive plan and Christ’s lineage that affirms Him as the Messiah for all humanity. As such, this book should be seen as offering the best evidence supporting the authenticity of the patriarchs and their cultural-geographical milieu as told in Scripture.” 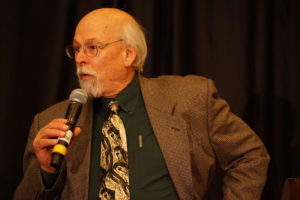 “Archeology is an important science which grounds the biblical narratives in reality.  This is especially important because we find that Christian theology grows from the historical events that are recorded in Scripture.  The implications are sobering, if the historical record is false; then so are the doctrines that flow from it. On the other hand, the notion that the Scriptures are reflecting real people, places, and events provides the reader with the tangible substance which informs and builds faith.  This is what makes Christianity unique among the world’s religions, namely, it’s claims are rooted in reality unlike the mythical stories and philosophies that populate most other religious perspectives.”