Top Posts
Colorado football coach Sanders’ unabashed faith
There’s A Light That Enters Houses With No...
Knowing the One Who Always Keeps His Word
Pregnancy Resource Centers Fight For Life Amidst Opposition
This World is Not Our Home
Lessons Learned From a Gingerbread House
Let There Be Peace on Earth
‘I Wanna Dance’ movie: Whitney Houston’s success and...
Fact Finding, Sight Seeing, and Prayer Walking
Kidney donation led to 8 life-saving surgeries
Home Tags Posts tagged with "Ethiopian Fires" 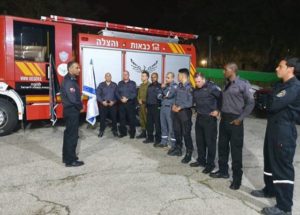 The fires at Simien National Park have been ongoing for several days as Ethiopia does not have the expertise or equipment needed, mainly a chopper, to control the fires. A reported 300 hectares of land have been burned.

Israel’s Ambassador to Ethiopia, Rafael Morav, praised Israel’s delegation, stating on Sunday: “Israel stands by Ethiopia in fighting the wildfire in Simien Mountain National Park. An Israeli mission of experts in firefighting has landed this morning in Gondar to join the local forces in Simien Mountain. They will also advise on various techniques in containing fire.”