Top Posts
Colorado football coach Sanders’ unabashed faith
There’s A Light That Enters Houses With No...
Knowing the One Who Always Keeps His Word
Pregnancy Resource Centers Fight For Life Amidst Opposition
This World is Not Our Home
Lessons Learned From a Gingerbread House
Let There Be Peace on Earth
‘I Wanna Dance’ movie: Whitney Houston’s success and...
Fact Finding, Sight Seeing, and Prayer Walking
Kidney donation led to 8 life-saving surgeries
Home Tags Posts tagged with "Eugene Peterson"

A discussion on drama using the production of the play Promenade 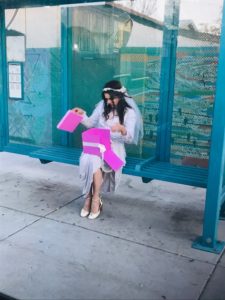 A bride at a bus stop during Promenade

ALBUQUERQUE, NEW MEXICO.  A bride wakes up in front of a church, later wandering a city on foot and bike while singing opera with hick-ups.  A man wears a dog suit, and later, fights—physically and metaphorically, for a job.  A tourist snaps pictures of people but is clueless to the practical needs of the individuals she photographs.  A florist brings flowers to a wrong house, upsetting the woman receiver, and later, doesn’t comfort a man who collapses from the message he brings. 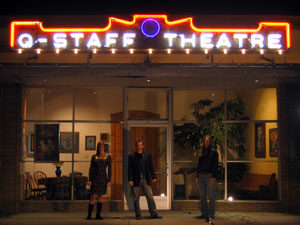 These are just some of scenes from Q-Staff Theatre’s production, Promenade, a play that is viewed entirely from a moving bus.  Watching a roving cast of character-actors spread throughout neighborhoods in Albuquerque, the bus-audience is part of the the play while listening to various soundscapes—both musical and verbal on a headset, meeting characters as they enter and exit the bus. Promenade can be summarized as a surreal morality play using non-verbal acting, coordinated sound effects, and various genres of music, giving the audience immersive impressions of people’s lives within a city.

One of the overarching metaphors used during the hour and a half play is the narrative of Jonah and the Whale: the audience (Jonah) is in the belly of the whale (bus). Towards the end, the narrator asks: What will we do once we are spat out from the belly of the whale? How will the ride change a life? Promenade has physical aspects (the actors and the city) mixed with metaphysical nuances (what is the meaning and purpose of life). It’s quite a ride.

True, one must participate in Promenade to understand it. And even then, it takes a while to digest all that transpired.  It’s a trip—both physically and allegorically.  But viewing Promenade instigated a question: what is it about theater—or any art for that matter—that appeals to humanity, causing an engagement with the form?

Like Promenade provides, the answer probes two sets of responses: metaphysical and physical. 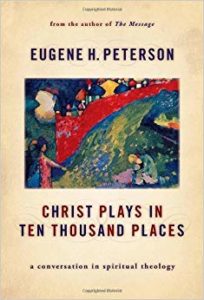 One answer—the metaphysical, is found in a poem by George Manly Hopkins (1884-1889), As Kingfishers Catch Fire, as expanded by writer and Pastor, Eugene Peterson (1932-2018).  The ending of Hopkins poem concludes with this: “For Christ play in ten thousand places/ lovely in limbs, and lovely in eye not his/ To the Father through the features of men’s faces.”

Peterson’s comments are as follows: “The focused conviction expressed here is that it is Christ, the God-revealing Christ, who is behind and in all of this living. The message is that all this life, this kingfisher—and dragonfly-aflame life…, gets played out in us, in our limbs and eyes, in our feet and speech, in the faces of the men and women we see all day long, every day, in the mirror and on the sidewalk…”

For Hopkins, “the Father” (God) is in the affairs of humanity, in “men’s faces.” Peterson would agree. To Peterson all of life is the theater of God, an opportunity for people to partake in the play of life, living life in awareness, or lack thereof, of the wonder of God in the world.  To Peterson, Hopkins’s poem gives vision to the fact the Playwright, God, is behind, and in, the drama of life. And following this logic, Drama begets drama, as Life begets life. Because of this, there is distinct purpose and meaning to life as a drama of being.

Seen this way, Peterson offers a metaphysical  understanding of drama: God, in Christ, is at play in the world. People, whether they know it or not, are attracted to drama because it communicates existence, our essence, as humans, a need to reach beyond the purely physical.

And where does Christ play? According to Peterson, it is in the field—creation, history, and community.  These three areas encompass all of life.  Humans are part of creation, live in history, and participate in community—of some sorts.  So, in the end, Christ plays everywhere and with everyone—brides, florists, tourist, job-seekers, artists, actors, and passengers on a bus. All existence is in the play.

Physical: From Bacterial to Bach and Back

Peterson answers the question posed above from a theological, metaphysical position.  What about a secular vantage point, a physical or biological answer? 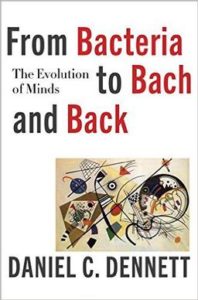 From Bacteria to Bach and Back by Daniel Dennett

For philosopher and cognitive scientist, Daniel Dennett, it is the evolution of our mind that that gives rise to the arts, be it Bach or a Broadway play.  In his book, From Bacteria to Bach and Back, Dennett argues that the purely biological is at play in all human creativity and application.  Dennett writes, “… natural systems can create ‘competence without comprehension’—that is, situations in which sophisticated actions occur without the individual or machine involved understanding the reasons for the actions taken.” For Dennett, science (chemistry, biology, physics) begat life, and consequently, human life evolved to create artistic ability and application. As our brains evolved, cognitive capacity gave rise to competence, and later comprehension of human action and thought, allowing us to create and appreciate the arts, drama included.

Ethan Decker, a Fractal Strategist, gives three reason why people are attracted to drama. One, is the inherent need to know things.  People are curious.  We look to understand; we feel to know. Two, people tend to compare what they “want in their lives to what they want in their entertainment.”  In other words, people seek drama to help satisfy a need.  Third, drama is “stimulating,” causing biological sensations to enliven our mind and body.  Put another way,  drama rouses and motivates people. 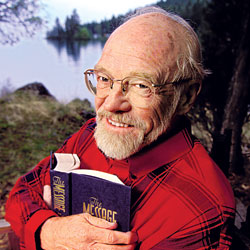 For Dennett and Decker, the rationale for an appreciation of drama is physically and biologically based; it’s human-centric. Not discounting human need, Peterson has a more encompassing view, a metaphysical understanding that a God of Love is at work and play in humanity, leading people to the greater drama of Himself; after all, it is His story, His play, His world; we are but participants on the page of His written masterpiece, Peterson would argue.

Theater as a Reflection of Humanity

Though there are both physical and metaphysical aspects at work in human cognition and application, the best artistic outlets—be it drama, a movie, or musical composition—show us what it means to be human, helping chronicle our history as people.  And this is something both parties can agree upon: humans appreciate story, be it physically or metaphysically rooted. 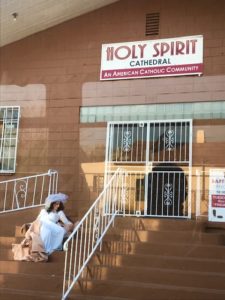 Scene from the play Promenade

This said, various insights Promenade portrays is, as the word promenade means, a walk or path towards something; in the case of Promenade, a journey towards a greater understanding of self and the world.  Drama, at its best, holds a mirror up, providing a reflection of humanity.

Theater takes us on a journey between the physical (lives lived in the world) and metaphysical (actions leading to meaning and purpose), a union of faith and reason. Philosopher, W. Norris Clarke, states, to be is to belong.  Drama accomplishes both: it shows us what it means to be human and how we belong to a community—and God—in the drama of existence. In the end, I think Hopkins and Peterson are correct, fusing the physical and metaphysical:  Christ does play in ten thousand places in the real world. And He wants to be the Lead in your drama, offering purpose and meaning to life.