Top Posts
Colorado football coach Sanders’ unabashed faith
There’s A Light That Enters Houses With No...
Knowing the One Who Always Keeps His Word
Pregnancy Resource Centers Fight For Life Amidst Opposition
This World is Not Our Home
Lessons Learned From a Gingerbread House
Let There Be Peace on Earth
‘I Wanna Dance’ movie: Whitney Houston’s success and...
Fact Finding, Sight Seeing, and Prayer Walking
Kidney donation led to 8 life-saving surgeries
Home Tags Posts tagged with "Euthansia"

THE NETHERLANDS (ANS) — Joint suicides by elderly couples used to be considered a tragedy. In the Netherlands, however, doctors killing elderly couples together is a considered medical treatment (Belgium too, and at least once in Canada).

Last year there were nine such killings, according to an article by Wesley J. Smith, writing for National Review www.nationalreview.com. Smith is an author and a senior fellow at the Discovery Institute’s Center on Human Exceptionalism. 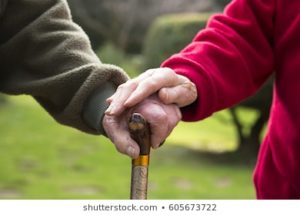 Senior couples are dying together in The Netherlands

The National Review article said details were not available on most, but one involved a husband dying of cancer. His wife had MS. She asked to die with him because she would be unable to live independently and didn’t want to be cared for by strangers.

The National Review said the Dutch believe that transparency is more important than right and wrong.

Smith wrote: “So, they allow a continually expanding euthanasia license — but are careful to make sure they report later on what death doctors are doing. Hence, the government publishes a yearly, coldly statistical report about how many of their citizens were killed by doctors and why.” .

The 2018 numbers are alarming:

**  6,126 deaths caused by euthanasia or assisted suicide — down 7 percent from last year’s toll — but when you consider other forms of patient eradication, such as terminal sedation (putting in a coma until the patient dehydrates to death), about 25 percent of deaths in the Netherlands are “induced.”

**   67 patients were killed by psychiatrists and other doctors for mental illness. (The statistics don’t reveal how many of these were harvested for their organs afterward, an ongoing feature of Dutch euthanasia killings when the patient has “good” organs.)

**  There were 205 cases of homicide by doctors as a supposed treatment for two or more “elderly disorders,” i.e. issues such as hearing loss, balance issues, cognitive decline, etc.

Smith said in his article: “Once euthanasia consciousness grabs a culture by the throat, it never stops squeezing.”