Top Posts
Colorado football coach Sanders’ unabashed faith
There’s A Light That Enters Houses With No...
Knowing the One Who Always Keeps His Word
Pregnancy Resource Centers Fight For Life Amidst Opposition
This World is Not Our Home
Lessons Learned From a Gingerbread House
Let There Be Peace on Earth
‘I Wanna Dance’ movie: Whitney Houston’s success and...
Fact Finding, Sight Seeing, and Prayer Walking
Kidney donation led to 8 life-saving surgeries
Home Tags Posts tagged with "Faith & Values Are for Real!" 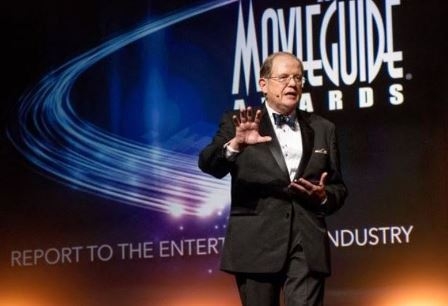 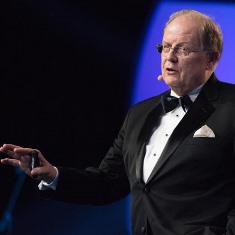 LOS ANGELES, CA (ANS – February 3, 2018) — For the 26th year in a row, the Annual Report to the Entertainment Industry by Movieguide®: The Family Guide to Movies and Entertainment, shows clearly that moviegoers prefer relatively clean, heroic, family-friendly movies with Christian, biblical, redemptive, conservative, and patriotic faith and values.

This was revealed by Dr. Ted Baehr, founder and publisher of Movieguide® (www.moveguide.org), while speaking at the 26th Annual Movieguide® Awards Gala and Report to the Entertainment in Industry held at the Universal Hilton Hotel in Los Angeles on Friday, February 2, 2018.

“Despite a couple disturbing trends, 2017 was another big year for family movies and movies with faith and values,” said Dr. Baehr.

Also, 90% of the Top 10 Movies in the United States and overseas in 2017 contained strong or very strong Christian, redemptive, biblical, moral content, including such movies as BOSS BABY, DESPICABLE ME 3, JUSTICE LEAGUE, THOR: RAGNORAK, and WONDER WOMAN, among others.

Each year, Movieguide® analyzes all of the major theatrical movies according to basic biblical principles, morality and theology from a Christian perspective.

But movies with very strong secular humanist or atheist content or worldviews did even worse, averaging only $1.16 million per movie! 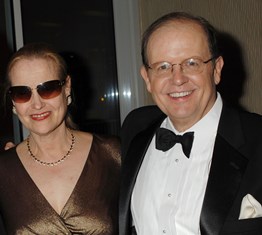 Also, Movieguide® identified 75 theatrical movies from 2017 that contained at least some strong or very strong Christian, redemptive content, an increase of 60% from 2012, when there were only 47 such movies. In addition, those movies totaled a whopping $5.68 billion at the box office in 2017 in Canada and the United States alone.

Dr. Baehr noted that, according to recent stats, there are more than 235 million Christians, including children of Christian parents, in America, and 2.48 billion Christians globally. 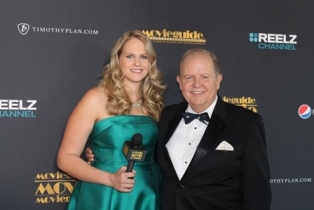 He said, “Our political database includes a few movies containing both liberal and conservative content, which can, of course, cancel one another out. Also, not all the movies in the sample were thoroughly conservative, liberal or leftist (some of the political content may be strong or overt but brief).”

Author of THE CULTURE-WISE FAMILY and HOW TO SUCCEED IN HOLLYWOOD (WITHOUT LOSING YOUR SOUL), Dr. Baehr is chairman of the Christian Film & Television Commission® (CFTVC) ministry and publisher of its family guide to movies, Movieguide® (www.movieguide.com). CFTVC and Movieguide® are an international non-profit ministry dedicated to “redeeming the values of the entertainment industry by influencing industry executives and by informing and equipping the public about the influence of the entertainment media.”

Note: To read my previous story on the winners at this year’s gala awards ceremony, please go to: https://www.assistnews.net/index.php/component/k2/item/3657-the-boss-baby-darkest-hour-and-the-star-were-big-winners-at-friday-s-26th-annual-movieguide-faith-values-awards-gala 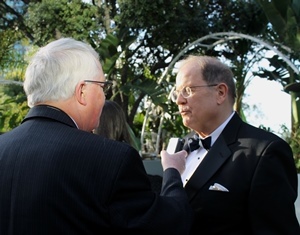 About the writer: Dan Wooding, 77, is an award-winning author, broadcaster and journalist who was born in Nigeria of British missionary parents, Alfred and Anne Wooding, and is now living in Southern California with his wife Norma, to whom he has been married for nearly 55 years. They have two sons, Andrew and Peter, and six grandchildren who all live in the UK. Dan has written numerous books, the most recent of which is Mary, My Story from Bethlehem to Calvary (http://marythebook.com/), a novel about the life of Jesus through the eyes of his beloved mother. It is based on some 365 scriptures. Before he and his family moved to the United States, Dan was a senior reporter with both the Sunday People and the Sunday Mirror and also did interviews for the BBC. He has reported from the Movieguide® Awards during almost all of them, including the first one some 26 years ago at the Hollywood Press Club.