Top Posts
Colorado football coach Sanders’ unabashed faith
There’s A Light That Enters Houses With No...
Knowing the One Who Always Keeps His Word
Pregnancy Resource Centers Fight For Life Amidst Opposition
This World is Not Our Home
Lessons Learned From a Gingerbread House
Let There Be Peace on Earth
‘I Wanna Dance’ movie: Whitney Houston’s success and...
Fact Finding, Sight Seeing, and Prayer Walking
Kidney donation led to 8 life-saving surgeries
Home Tags Posts tagged with "Father Stu"

HOLLYWOOD, CA (ANS) — Two Hollywood notables are teaming up to tackle a new biopic, STU, according to Movieguide®. 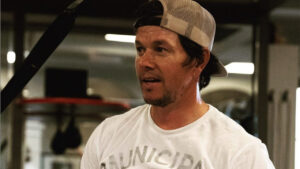 Actors Mark Wahlberg and famed Hollywood director Mel Gibson are collaborating on a new project. Wahlberg wanted to make a movie to honor the life and faith of boxer-turned-minister Father Stuart Long after the priest died on June 9, 2014. He was just 50 years old.

Before Long became a priest, he was a self-described “anti-Christian” and passionate about sports like football and boxing–not about faith.

Long’s heart continued to harden toward his faith after college. However, Long’s plans to become a prizefighting boxer were derailed after undergoing reconstructive jaw surgery.

With his days of boxing behind him, Long turned to Hollywood to become an actor.

“God was working behind the scenes. He was within me but I was outside,” Father Stu said in retrospect, quoting St. Augustine.

However, his life changed forever after what should have been a fatal motorcycle accident.

God had a different plan for Long. One week after being admitted to the hospital, Long was allowed to leave and went immediately to a church to discuss his faith with a priest.

“People are ultimately drawn to the Truth,” Long would say later.

Influenced by the church and its ministries, Long gave his life to God and immediately began to work with his church to evangelize, help the poor, and stand for the pro-life cause in Monrovia, California, at the Legion of Mary parish.

“Father Stu flourished, absorbed with the love of Christ and graced with a desire to share it; he brought the faith to others,” the California Catholic Daily reported.

“Father Stu earned a Master’s degree in philosophy and then received his priestly formation for the diocese of Helena at Mount Angel Seminary in Oregon. He was ordained a priest by Bishop Thomas on Dec. 14, 2007, at the cathedral of St. Helena.

“While a seminarian at Mount Angel, Father Stu underwent surgery to remove a tumor discovered on his hip. He was diagnosed with inclusion body myositis, a rare autoimmune disease that mimics the symptoms of ALS, Lou Gehrig’s disease, and for which there is no cure. By the time of his ordination, Father Stu was walking with the aid of crutches. Father Stu found his great love serving as a priest, administering the sacraments and counseling his flock.”

Both Gibson and Wahlberg are professed Catholics whose lives were inspired by the priest.

Wahlberg is known for producing and starring in patriotic movies like LONE SURVIVOR and PATRIOTS DAY. Gibson is known for his movies full of biblical themes, freedom, and faith, such as HACKSAW RIDGE, THE PASSION OF THE CHRIST, and BRAVEHEART.