Top Posts
Pregnancy Resource Centers Fight For Life Amidst Opposition
This World is Not Our Home
Lessons Learned From a Gingerbread House
Let There Be Peace on Earth
‘I Wanna Dance’ movie: Whitney Houston’s success and...
Fact Finding, Sight Seeing, and Prayer Walking
Kidney donation led to 8 life-saving surgeries
The Power of Curiosity
When Love Came Down at Christmas
A Walk of Faith Begins with a Step...
Home Tags Posts tagged with "Fidel “Fidelito” Castro DiazBalart" 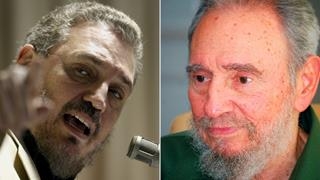 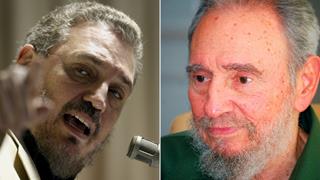 FOX News reported Diaz-Balart was said to have killed himself Thursday (Feb.1) after receiving months of treatment for a “deeply depressed state,” according to official website Cubadebate. He reportedly “required a hospitalization regime then outpatient follow-up” as part of his treatment.

Before his death, Diaz-Balart was a scientific adviser to the Council of State and was the vice president of the Cuban Academy of Sciences.

In an article to which The Associated Press contributed,  FOX News said of all Castro’s offspring, only Diaz-Balart, the angel-faced, blond boy from revolution-era photographs, was publically recognized. He bore a striking resemblance to his father, which earned him the nickname Fidelito, or Little Fidel.

Diaz-Balart was born in 1949 and brought to the United States in the 1950s after his parents divorced. His mother’s family had ties to the Batista government, which Castro would eventually overthrow. As a result, the former Cuban leader wanted his son kept from his ex-wife’s family, leading to an ongoing custody battle over the boy.

“I refuse even to think that my son may sleep a single night under the same roof sheltering my most repulsive enemies and receive on his innocent cheeks the kisses of those miserable Judases,” Castro wrote to his half-sister Lidia in 1956.

FOX News stated that while Castro was in Mexico preparing for the guerrilla war, he convinced his ex-wife to send Fidelito to visit him for two weeks. Once the boy was there however, Castro refused to send him back. Later, while the boy was out for a walk with Castro’s sisters, three armed men in a car grabbed Diaz-Balart so he could be reunited with his mother.

As an adult, Diaz-Balart rose to the top post at Cuba’s Atomic Energy Commission before his father removed him for unpublicized reasons in the early 1990s. 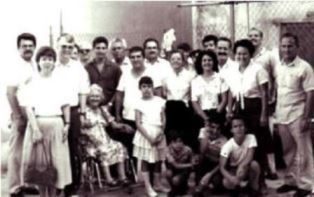 Wooding has been there on three separate occasions, and on learning of the death of Castro’s oldest son, he said, “This is a very sad story. It must have been difficult for him to have been raised in this family, especially if he had learned the truth about the many acts of violence Fidel had committed over the years as he tried to hold onto power.”

Photo captions: 1) Fidel Castro Diaz-Balart, left, the oldest son of dictator Fidel Castro, killed himself, according to Cuban state media. 2)  Norma and Dan Wooding visiting a church in Havana before he was banned from visiting Cuba. 3) Journalist Michael Ireland.