Top Posts
Colorado football coach Sanders’ unabashed faith
There’s A Light That Enters Houses With No...
Knowing the One Who Always Keeps His Word
Pregnancy Resource Centers Fight For Life Amidst Opposition
This World is Not Our Home
Lessons Learned From a Gingerbread House
Let There Be Peace on Earth
‘I Wanna Dance’ movie: Whitney Houston’s success and...
Fact Finding, Sight Seeing, and Prayer Walking
Kidney donation led to 8 life-saving surgeries
Home Tags Posts tagged with "Fighting in Burma Hits Civilian Areas on Christmas Eve" 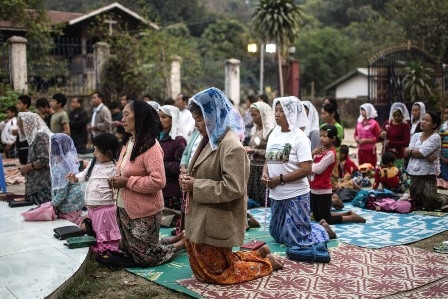 Christians spend another Christmas in fear. 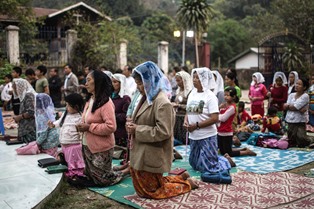 Burma army artillery fire on Dec. 24 struck a village near Laiza, headquarters of the rebel Kachin Independence Organization (KIO), seriously injuring a schoolteacher and a student, according to the local sources.

Sin Gau, assistant pastor with the Kachin Baptist Convention in northern Kachin state, said that fighting should have halted on Christmas Eve, when many celebrate the birth of Jesus Christ.

“They launched attacks when Christmas approached — it happens almost every year,” Sin Gau told Morning Star News. “So, we even felt as if they deliberately did it.” 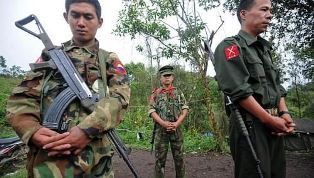 “As we are Christian, Christmas Eve is the most important thing for us, but we couldn’t fully enjoy Christmas as fighting continued,” Sin Gua added.

The Burma army and KIO’s military wing, the Kachin Independence Army (KIA), have been fighting since 2011 following the breakdown of a bilateral ceasefire.

Morning Star News went on to say that clashes also broke out on Dec. 22 and 23 between KIA and the Burma army in Mansi Township, northern Kachin state, forcing more than 100 villagers to flee their homes. They are now staying in Man Wing Gyi village tract, according to local humanitarian organizations.

Thang Zua, a Kachin refugee in Tanai township, northern Kachin state, said he was saddened as the fighting continued into Christmas Eve.

“We as Christians should have had celebrated Christmas without fear, but we couldn’t fully enjoy Christmas,” Thang Zua said.

The Burma army has intensified offensives on KIA military outposts in Hpa-Kant, Tanai and Mansi townships since early December. Local sources said the Burma army wanted to gain control of those areas, which are rich in natural resources such as jade and other precious gems. 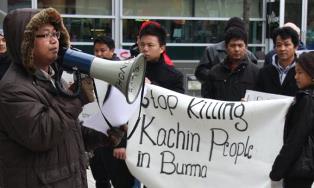 The fighting that escalated in early December in Kachin state has spread to Shan state, in northeastern Burma, where the Burma army reportedly also used helicopters and jets, according to rebel sources. Shelling further spread in Shan state on New Year’s Eve, forcing more than 900 local villagers in Kyaukme Township and Namhsan Township to flee, according to the Relief and Resettlement Department in Kyaukme.

Morning Star News said that KIA is one of some 20 ethnic rebel groups that have fought for self-determination, autonomy, freedom and other fundamental rights since Burma gained independence from the British in 1948. The Burmese government and ethnic rebels have been in peace talk since 2011, and eight rebel groups have signed bilateral ceasefire agreements and a Nationwide Ceasefire Agreement with the Burmese government.

More than 10 ethnic rebel groups, including the powerful KIO and ethnic Wa, Kokang and Palaung peoples, haven’t signed the agreements.

Ethnic groups believe the fighting in Kachin state is meant to pressure the KIO to sign the ceasefire agreement.

“Christian ethnic minorities have long suffered in Burma, where the government has recognized the special status of Buddhism and promoted it as a means to consolidate support. Burma is about 80 percent Buddhist and 9 percent Christian,” stated the Burma Correspondent for Morning Star News.

The Burma military routinely occupies churches and summons entire congregations for interrogation, according to a report the U.S. Commission on International Religious Freedom (USCIRF) released in December 2016. 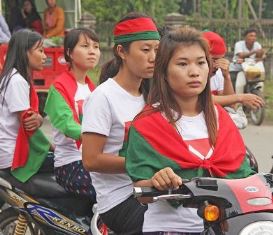 The military continues to perpetrate grave human rights violations with near total impunity, including sexual violence in church compounds and the torture of pastors, church workers, and ordinary civilians, according to the report, “Hidden Plight: Christian Minorities in Burma.”

After more than five years of intensified conflict since Burma violated the 17-year cease-fire in 2011, many Kachin face protracted displacement and are desperate to return home, according to the report. 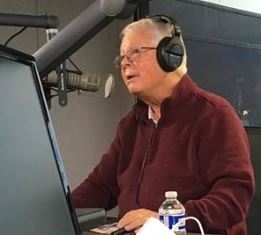 About the writer: Dan Wooding, 77, is an award-winning winning author, broadcaster and journalist who was born in Nigeria of British missionary parents, Alfred and Anne Wooding, and is now living in Southern California with his wife Norma, to whom he has been married for more than 54 years. They have two sons, Andrew and Peter, and six grandchildren who all live in the UK. Dan is the founder and international director of ASSIST (Aid to Special Saints in Strategic Times) and the ASSIST News Service (ANS), and is the author of numerous books. He also has two TV shows and a radio show, all based in Southern California. Dan has reported from all over the world for ANS, and has been to Burma on two occasions, reporting on the persecution of Christians there.