Top Posts
Knowing the One Who Always Keeps His Word
Pregnancy Resource Centers Fight For Life Amidst Opposition
This World is Not Our Home
Lessons Learned From a Gingerbread House
Let There Be Peace on Earth
‘I Wanna Dance’ movie: Whitney Houston’s success and...
Fact Finding, Sight Seeing, and Prayer Walking
Kidney donation led to 8 life-saving surgeries
The Power of Curiosity
When Love Came Down at Christmas
Home Tags Posts tagged with "financial" 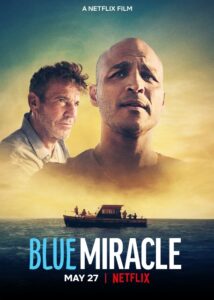 ORLANDO, FL (ANS)  Does your life sometimes seem stormy?  Financial woes mounting?  Trouble at home or work? Got family conflicts?  Need some hope?  Maybe what worked for these Mexican orphans and their caretaker is worth trying.  Go fishin’.  And pray.

In 2014, Hurricane Odile swept through Cabo San Lucas, a resort city on the southern tip of Mexico’s Baja peninsula.  Famous for beautiful beaches, water activities and nightlife, Cabo also has a darker side, with poverty, drug gangs, and violence.  The film portrays Casa Hogar orphanage as already struggling financially when the hurricane flooded its buildings.  Would it have to close down and return the kids to street life?

Through some curious twists, the orphanage fielded an entry in the world’s biggest fishing tournament, with a grand prize that could help bail them out of their troubles.  The ensuing adventure teamed a veteran fishing boat skipper with kids who had never fished, all on a wild voyage toward self-discovery, friendship, and improbable accomplishment. 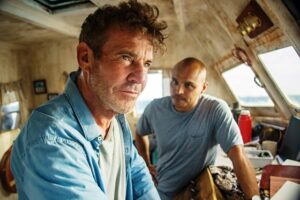 Reuters reported that Hurricane Odile flooded buildings, closed airports, caused massive power outages, smashed storefronts and sparked looting.  In the film, one of the orphans speculates on divine involvement as the kids are huddled in a candlelit room during the storm: “Maybe God just wanted to get all the unluckiest kids into one building so he could crush us all at once.” 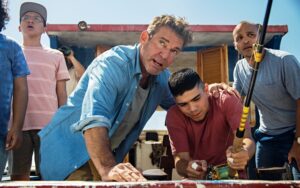 “Papa” Omar (Gonzales), the orphanage director, encourages the boys to face troubling times with faith and prayer, trusting God to make a way in darkness.  The lesson is not lost on some of the kids, a younger one especially, who makes a point of praying for incredible outcomes.

The real-life Casa Hogar team entered the contest – dubbed in the film as the “Super Bowl” of fishing tournaments – only a few weeks after the hurricane.  An anonymous benefactor’s aid covered their prohibitive-for-them entry fee.  A tourney sponsor’s press release mentioned “even some Divine Intervention” as an event success factor, noting “a ‘reel’-life David & Goliath twist [involving] a team of local orphans and a caregiver – none of whom had ever fished before….” 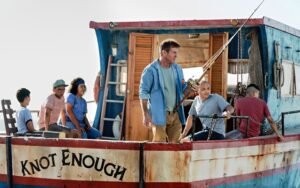 The boys pledged their over $250,000 prize winnings to Casa Hogar, which used the funds for remodeling, expansion, and adding a girls program.

Producer Trey Reynolds got involved in Blue Miracle “because it had all the elements of a true underdog story, combined with sports, and a strong faith-based message. It was the kind of movie that, as a father, I would want to take my kids to see.”

Dennis Quaid notes, “Stories about faith and redemption always make me well up. And I enjoyed Captain Wade’s character arc – he has to learn about his priorities. About what’s important in life. It’s not about trophies or winning tournaments. It’s about relationships.” 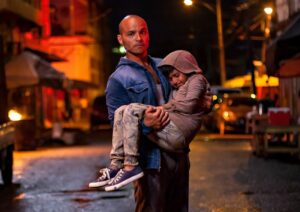 The real Omar Venegas (“Papa Omar”) experienced a bad car accident before the tournament and credits God with his survival: “HE made sure I was in the tournament. Things happen on God’s plan. God always gives his blessings wholly, He never gives just half.”

You can learn about the real Casa Hogar at www.CasaHogarCabo.com.  Executive director Jayson Stirrup told me the movie is “inspired by a true story” and that he’s “hopeful for the film to generate interest, excitement and awareness to privately-operated Social Assistance Centers (Orphanages /  Children’s Homes) in Mexico and beyond.”

So, back to our opening questions:  Got any personal life storms – financial, family, home, work, relational or other?  Need hope?  Maybe fishing for some divine connection solutions is worth considering.

www.netflix.com/BlueMiracle   Debuts May 27 on Netflix