Top Posts
There’s A Light That Enters Houses With No...
Knowing the One Who Always Keeps His Word
Pregnancy Resource Centers Fight For Life Amidst Opposition
This World is Not Our Home
Lessons Learned From a Gingerbread House
Let There Be Peace on Earth
‘I Wanna Dance’ movie: Whitney Houston’s success and...
Fact Finding, Sight Seeing, and Prayer Walking
Kidney donation led to 8 life-saving surgeries
The Power of Curiosity
Home Tags Posts tagged with "Foundation for Relief and Reconciliation in the Middle East (FRRME)"

Foundation for Relief and Reconciliation in the Middle East (FRRME)

ERBIL, IRAQ (ANS) – The ‘beautiful game’ is everywhere, even in the most run-down refugee camps.

If war is a fact of life in Iraq, then so too is the Iraqi love of football.

When you travel through northern Iraq you witness two things – the scars of war – and the ‘Beautiful Game’ – Soccer. 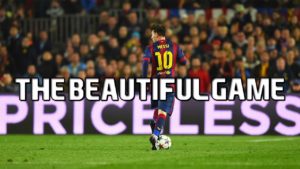 Football, or Soccer, is the Beautiful Game worldwide

Firstly, you see the scars of war – mounds of rubble, scorched buildings, bullet-strewn streets. Secondly, you see a lot of people wearing football strips. Then you see the soccer fields where the ‘beautiful game’ is played, according to the Foundation For Relief and Reconciliation in the Middle East (FFRME).

FFRME says Harsham camp is home to 1,500 internally displaced Iraqi families who fled ISIS in the summer of 2014. It is located on the outskirts of Erbil, the capital of Iraqi Kurdistan.

This region hosts around 1.5 million internally displaced Iraqis and almost a quarter of a million Syrian refugees. FFRME has been helping people in Harsham camp since the ISIS incursion, providing relief for refugees and supporting a girl’s school.


One of the initiatives FFRME is most proud of at Harsham camp is the football project. Set up in 2017, the project is both practical and symbolic. Early on in their self-styled caliphate, ISIS (Islamic State) beheaded four professional footballers in front of a large crowd.

A year later, they executed 13 boys for watching the Asian Cup football match between Iraq and Jordan. Ridiculously, they threatened to behead Lionel Messi and Cristiano Ronaldo.

The children at Harsham camp have witnessed unimaginable horrors. Most are Sunni Muslims and could have been recruited into ISIS had they not fled. Radicalisation is still a threat. Indeed, some camps in Iraq have become recruiting grounds for ISIS and other extremist groups which prey on the vulnerable. However, football is giving these youngsters focus. Participating in a healthy activity and learning to work as part of a team is invaluable. But mostly, amid the suffering and deprivation, it is a rare source of joy.

Who knows, maybe the new Lionel Messi will come out of Harsham camp.

However, the rudimentary pitch is in urgent need of repair. FRRME paid for the surfacing of a very basic pitch back in 2017 when it first opened. Refugee camps are supposed to be temporary and so it does not make sense to invest in a professional-standard football pitch. However, the pitch has literally come apart at the seams and the kids are now playing on the gravel. It is a sorry sight.

FFRME says some all-weather pitches cost in the region of £100,000 but the group only needs £12,000 to properly resurface the pitch and pay for a football coach for a year.

“We have a team of people in place to lay the pitch, and an inspirational football coach lined up. With your help, we can inject new life into this vital project which has made such an impact with the youngsters,” the organization said.