Top Posts
There’s A Light That Enters Houses With No...
Knowing the One Who Always Keeps His Word
Pregnancy Resource Centers Fight For Life Amidst Opposition
This World is Not Our Home
Lessons Learned From a Gingerbread House
Let There Be Peace on Earth
‘I Wanna Dance’ movie: Whitney Houston’s success and...
Fact Finding, Sight Seeing, and Prayer Walking
Kidney donation led to 8 life-saving surgeries
The Power of Curiosity
Home Tags Posts tagged with "friend" 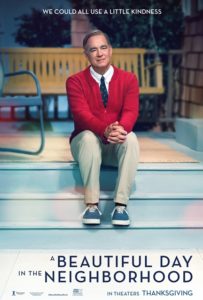 This movie is fun, funny, and moving.  It skillfully explores dealing with common painful emotions in healthy ways, using stories designed for kids but that reach adults’ hearts.

Rogers (1928-2003) was an unlikely TV phenom.  He made kids in his audience feel special and wanted, using puppets, music, and folksy affirmation to create safe spaces.

Each show, he traded his coat and loafers for a cardigan and sneakers, warmly welcoming viewers to his neighborhood.  Parents extol his influence on their own childhood and on their children. 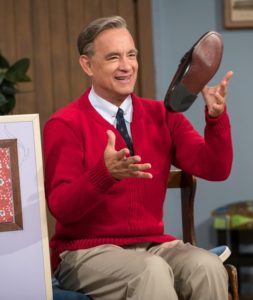 Stories of his emotional impact abound.  One autistic boy’s first words were of “X the Owl,” a Rogers puppet.  He never looked his father in the eye until his dad invited him to “go to the Neighborhood of Make-Believe.”

Love Boat actress Lauren Tewes struggled with cocaine addiction.  Once she felt the opening to Fred’s show was “God speaking to me through the instrument of Mister Rogers,” and remained sober for several decades.

A child abuse victim gained hope and respect through Mr. Rogers’ Neighborhood and phoned an abuse hotline.  The hotline operator adopted the boy. 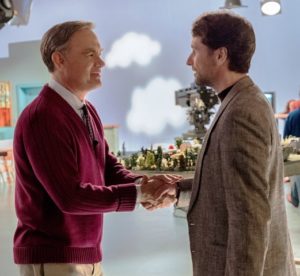 Urban legends also abound about Fred:  He was a Navy SEAL or a Vietnam War sniper.  His trademark cardigan hid arm tattoos.  All false.

But the Smithsonian really does have one of his cardigan sweaters; a young (and later Oscar-nominated) actor Michael Keaton performed on Fred’s show as the Black and White Panda; and Fred was a Presbyterian minister.

He once wrote to a young viewer, “You told me that you have accepted Jesus as your Savior. It means a lot to me to know that. …Jesus is important to me, too. I hope that God’s love and peace come through my work on Mister Rogers’ Neighborhood.” 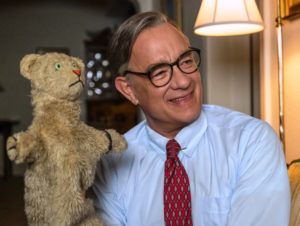 Who is my neighbor?

Given his faith roots, it’s not hard to guess one possible influence on Rogers’ “Neighbor” motif.

A first-century Jewish lawyer asked Jesus of Nazareth, “Who is my neighbor?” Jesus, who as a Jew surprised people by freely mixing with the despised Samaritans, told a now famous story: The Good Samaritan aided a badly injured Jewish traveler who had been ignored by two passers-by, Jewish religious leaders. Which of the three was the “neighbor”? Obviously, the one who showed mercy.

Some note that Rogers apparently struggled with the biblical concept that Jesus is humanity’s unique bridge to God.  I can identify – as can many – with his skepticism, which I shared for many years.  Then evidence and logic – summarized elsewhere – convinced me of his uniqueness. 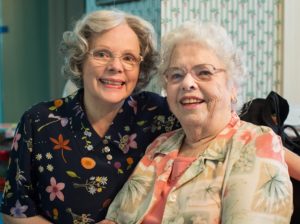 In any case, Rogers’ life and words pointed people toward divine goodness and belief.  Esquire writer Tom Junod ended his Rogers piece by relating an impromptu prayer meeting in Rogers’ office that touched him deeply:

“What is grace? I’m not certain; all I know is that my heart felt like a spike, and then, in that room, it opened and felt like an umbrella. I had never prayed like that before, ever. I had always been a great prayer, a powerful one, but only fitfully, only out of guilt, only when fear and desperation drove me to it….”

“Once upon a time, you see, I lost something, and prayed to get it back, but when I lost it the second time, I didn’t, and now this was it, the missing word, the unuttered promise, the prayer I’d been waiting to say a very long time.”

A Beautiful Day might get you thinking about ways to mend relationships.  Hope so.

Rated PG (USA) for “some strong thematic material, a brief fight, and some mild language.”