Top Posts
Colorado football coach Sanders’ unabashed faith
There’s A Light That Enters Houses With No...
Knowing the One Who Always Keeps His Word
Pregnancy Resource Centers Fight For Life Amidst Opposition
This World is Not Our Home
Lessons Learned From a Gingerbread House
Let There Be Peace on Earth
‘I Wanna Dance’ movie: Whitney Houston’s success and...
Fact Finding, Sight Seeing, and Prayer Walking
Kidney donation led to 8 life-saving surgeries
Home Tags Posts tagged with "Genesis or Elves: 0% of Icelanders Under 25 Don’t Believe The Genesis Account of Creation"

Genesis or Elves: 0% of Icelanders Under 25 Don’t Believe The Genesis Account of Creation 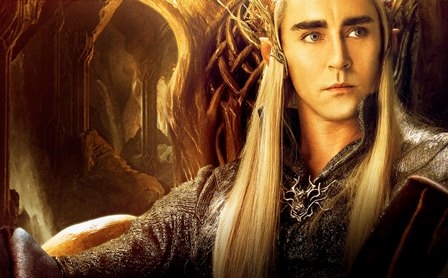 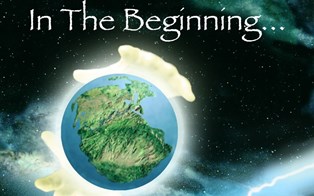 ALBUQUERUQUE, NEW MEXICO (ANS — February 4, 2018 — Every Thursday I’m a guest on Star 88’s Morning Invasion (88.3 FM). Our normal course of conversation is entitled 3 Degrees to New Mexico. On 3 Degrees we discuss connections New Mexico has to the larger world. And usually after the segment we’ll get questions about the topic, sometimes straying off towards other newsworthy subjects. This past week we discussed a recent poll conducted in Iceland where 0% of people under twenty-five believe the creation story as described in Genesis [2], yet, according to a separate poll, fifty-four percent of Icelandic people believe in elves [3].

The contrast between the two belief systems seem odd to me. True, both beliefs require a semblance of faith (to believe in God and elves). Yet it seems that one belief has a basis in reality: creation, pointing to a Creator (nothing can create something after all). And the other belief seems quirky (the reality of elves). To my knowledge there is no strong scientific substantiation for elves. Yet this fact doesn’t seem to stop over half of the Icelandic population to believe elves exist.

Even more fascinating there’s been some environmental trouble in Iceland due to elves: a road project was put on hold. As the Atlantic reported, “Jónsdóttir, a greying and spectacled seer who also operates an ‘elf garden’ in nearby Hafnarfjörður, believes the field is highly populated by elves, huldufolk (hidden people), and dwarves, many of whom, she says, have recently fled the area while the matter is settled” [4]. 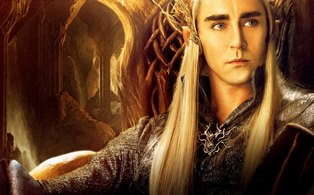 Yep, you read it. Folks fought the road because it would endanger elves in the area.

The pundit (hardened atheist) would decry both worldviews (God and elves) as examples of bad belief, not rooted in either reality or science. But the contrast between the two couldn’t beliefs couldn’t be further from the one another.

As an example, there are dozens of reasons to believe God exists, all requiring a type of evidence (logical, historical, scientific-archeological, etc.). Here’s just a sampling: the ontological argument (being—why something rather than nothing), the cosmological argument (first cause), the teleological argument (design), the moral argument (ethics, right and wrong), and fine-tuning argument (why is nature conducive for life). Philosopher Peter Kreeft lists twenty arguments for the existence of God, all logical and based in reality [5].

Compare this with belief in elves. To my understanding the belief is rooted in two major areas: culture and eyewitness accounts. Culture is concerned with what a people group stresses to be true, regardless of its scientific or actual basis (what Francis Beckwith and Greg Koukl call “cultural relativism” [6]). And though Iceland would not take an official stance on elves, there’s been a deep cultural tradition in Iceland that gives elves a life outside of the evidence. Icelandic belief in elves could be likened to other cultural beliefs: Santa Claus, Easter Bunny, etc. But without any type of scientific or archeological evidence for the tradition, a lack of sure footing for the belief is elusive. 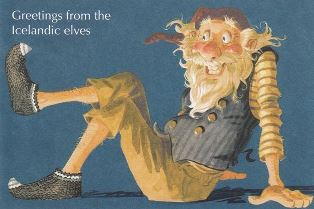 Secondly, the eyewitness accounts. Just like people that have seen UFO’s, there have been accounts of people seeing elves [7]. But eyewitness accounts, independent of other supporting evidence (consistent written documentation, multiple eyewitnesses, changes in history, scientific, archeological, etc.), are not always a good gauge for the reality of an object.  Just because a person says he or she saw something doesn’t mean that they did. Other factors can influence sight (mental state, weather, atmospheric conditions, etc.). And sometimes someone may think they are seeing one thing when if fact they are seeing something else, a similar object or thing (aka—an airplane vs. a UFO). So sight, independent of support evidence, can lead to issues.

This being said, I’m intrigued why one set of beliefs is denied (Gen. 1) and another set of beliefs is upheld (elves), even when one holds greater historical, logical, and evidential strength (Gen. 1, when properly interpreted, that is). I think its safe to ask: are we in an anti-evidence mindset in our world? On one hand, cultural uniqueness across the world is showing strong signs of providing great news headlines—regardless of the evidence. But on the other hand something more troublesome is afoot: the logic and rational for some of the cultural beliefs cause concern: leaving the evidence for the evasive. 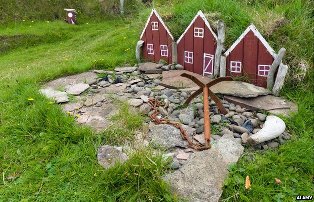 And don’t get me wrong: I’m not an elf-hater.  As part of humanities creative imagination, elves—be it in the Hobbit or elsewhere—are are enigmatic; I, like so many other people enjoy them as a product of our creative mind.  But for my own sanity and to support an evidence-based existence, we must find a way to clearly demarcate the valid from the visionary.

Photo captions: 1) In the Beginning. 2) Elf from Lord of the Rings. 3) Greeting from the Icelandic Elves. 4) Icelandic Elf home. 5) Brian Nixon.