Top Posts
Colorado football coach Sanders’ unabashed faith
There’s A Light That Enters Houses With No...
Knowing the One Who Always Keeps His Word
Pregnancy Resource Centers Fight For Life Amidst Opposition
This World is Not Our Home
Lessons Learned From a Gingerbread House
Let There Be Peace on Earth
‘I Wanna Dance’ movie: Whitney Houston’s success and...
Fact Finding, Sight Seeing, and Prayer Walking
Kidney donation led to 8 life-saving surgeries
Home Tags Posts tagged with "God Bless the USA Bible"

Written and recorded by Lee Greenwood, “God Bless the USA” has become a part of America’s musical and cultural history. It has been performed in the White House for every sitting President since its initial release in 1984 and became a rallying force for America in the dark days after 9/11. 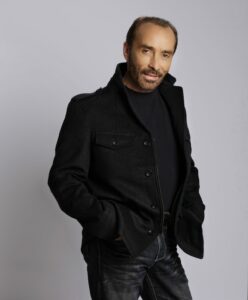 In September 2021, Lee Greenwood himself will help oversee the launch release of the “God Bless The USA Bible,” — a limited edition that features the popular  New International Version (NIV) translation of the Bible with the additional inclusion of America’s “Founding Documents”—The  Constitution, Bill of Rights, Declaration of Independence, and Pledge of Allegiance.  Additionally, it will include the handwritten lyrics of “God Bless The USA” penned by Greenwood.

The GBUSA Bible release comes at a time when, according to top Christian publishers and online book sellers, Bible sales have remained at a record high over the past year. Large numbers of people are “searching for hope amid the uncertainty of a COVID-19 world,” Fox News observed.

Greenwood noted: “I’m grateful for the impact ‘God Bless The USA,’ has had over the past four decades and hopeful that this new opportunity will bring continued encouragement and hope to Americans everywhere.”

Throughout his expansive career, international country music icon Lee Greenwood has earned multiple CMA and ACM Awards, a Grammy Award for Top Male Vocal Performance on “I.O.U,” in 1985, and a multitude of other prestigious award nominations.

His discography includes twenty-two studio albums, seven compilation albums, seven No. 1 hits and thirty-eight singles including songs like “It Turns Me Inside Out,” “Ring On Her Finger Time on Her Hand,” “She’s Lyin,” “I don’t Mind the Thorns if You’re the Rose,” “Dixie Road,” “Somebody’s Gonna Love You,” “Going Going Gone,” “You Got A Good Love Comin,” among others.

His stand-out hit “God Bless the U.S.A.” has been in the top five on the country singles charts three times (1991, 2001 and 2003), giving it the distinction of being the only song in any genre of music to achieve that feat.

A spokesperson for the “GBUSA” Bible stated: “The Bible will be presented in limited edition as a “thinline” presentation in rich embossed leatherlite,  measuring 7”x10”x 1” with easy-to-read  large  print on both the scriptures and the founding documents. It will officially ship in September to commemorate the 20th Anniversary of 9/11. He added: “Our hope is that this new release will become a treasured resource Bible on highlighting God’s place in America’s founding and that it is ultimately passed down as a family heirloom.” 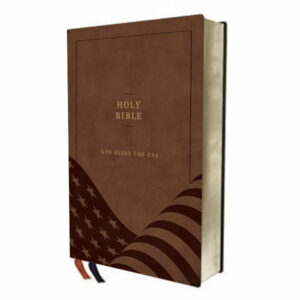 The “God Bless The USA Bible” is available for pre-purchase now online at: https://godblesstheusabible.com

Major media, TV and special appearances by Lee Greenwood are being planned to support the official September release.