Top Posts
Knowing the One Who Always Keeps His Word
Pregnancy Resource Centers Fight For Life Amidst Opposition
This World is Not Our Home
Lessons Learned From a Gingerbread House
Let There Be Peace on Earth
‘I Wanna Dance’ movie: Whitney Houston’s success and...
Fact Finding, Sight Seeing, and Prayer Walking
Kidney donation led to 8 life-saving surgeries
The Power of Curiosity
When Love Came Down at Christmas
Home Tags Posts tagged with "Guess Which Notorious British Rock Star Visited the Ark Encounter?" 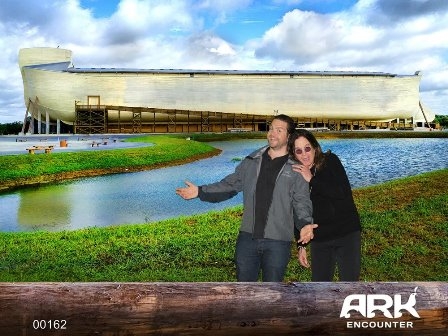 Fortunately, there were no bats there when Ozzy Osbourne and his son, Jack, toured the full-size Noah’s Ark in Williamstown, Kentucky. 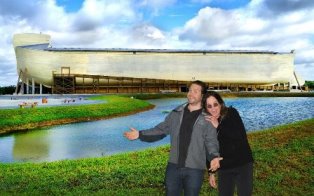 WILLIAMSTOWN, KENTUCKY (ANS – February 2, 2018) – It was while on tour in support of his second solo album, 1981’s Diary of a Madman, the wild man of rock, former Black Sabbath singer John Michael “Ozzy” Osbourne, shocked the audience at the Veterans Memorial Auditorium in Des Moines, Iowa, by biting the head off a live bat.

Over the years, audiences attending concerts by the heavy metal singer from Birmingham, England, had almost come to expect his strange on-stage behavior, as he had taken to hurling animal organs at his audiences, who in turn began to arrive armed with their own unsavory ammunition.

“At the Des Moines concert, a bat was hurled at Ozzy’s feet, where it laid stunned by the bright stage lights. Ozzy, thinking it was made of rubber, bit its head off (a move he’d perfected with a dove during a record label meeting in 1981) and learned quickly that it was real. Rushed to the hospital and treated for rabies, he never made that mistake again,” said Rolling Stone, in a story about the event.

So, the last place you would expect The Ozzman to visit (along with his son, Jack), was the Ark Encounter in Williamstown, Kentucky, founded by Australia-born Ken Ham, which features a full-size Noah’s Ark, built according to the dimensions given in the Bible. Spanning 510 feet long, 85 feet wide, and 51 feet high, this modern engineering marvel amazes visitors, including Ozzy and Jack Osbourne.

The local newspaper for Grant County, the county where the Answers in Genesis (https://answersingenesis.org/) Ark Encounter is located, was intrigued to know more about the visit by Ozzy and Jack, whose visit to the Ark was featured recently on the A&E television channel in the United States.

Mark Looy of the Ark Encounter staff shared with the Grant County News about the Osbourne visit. Excerpts of his comments were used in the paper’s December 7 issue. 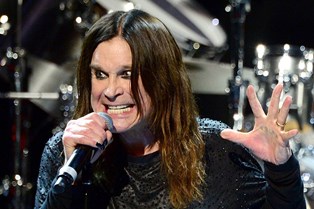 How did the visit by the Osbourne’s come about?

“The A&E Channel is airing Ozzy and Jack’s World Detour, featuring rock-and-roll legend Ozzy Osbourne and his son, Jack, as they travel the world and attempt to re-connect as father and son,” he said.

“They have visited places like Stonehenge in England, the Alamo in Texas, and Mt. Rushmore in South Dakota. Earlier this year, their producers inquired about filming at the Ark, and we gave our OK, especially since we were assured that the segment would not turn into a hit piece. Ozzy and Jack visited the Ark with their film crew in April, and the segment aired nationwide on A&E November 29.”

When asked if the staff had any hesitation about having someone as controversial as Ozzy visit, he replied, “No, not really. We were quite happy to welcome father and son, with film crew in tow, to walk through the Ark. Just as with all Ark guests, we wanted them to be exposed to our Bible-based teachings, including the gospel message. Now, because of his wild reputation and frequent use of profanity, we did urge viewer discretion when we announced that the Ark segment with the Osbourne’s was going to be aired.”

Looy went on to say, “Ozzy and Jack paid some very nice compliments about the massive ship. On the TV program that aired, you can hear them saying things like, ‘Wow, wow, VERY wow.’ And ‘that is insanely big.’ Plus, ‘absolutely unbelievable.’

“As they walked in and around the Ark, the Osbourne’s were very polite in their interactions with our staff. Our employees, though, did not seek a lot of contact with them for they did not want to get in the way of their cameras.”

Now, that the program has aired, what were his thoughts? 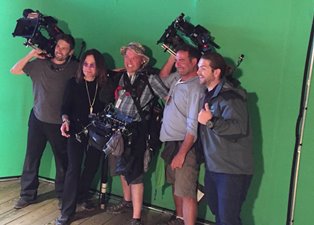 “We had no idea what the final product would look like,” said Mark Looy. “But even though there were some cringe-worthy moments in the final piece, we were happy to have welcomed father and son and exposed them to the gospel. Of course, we were excited about the national TV exposure the Ark received.”

Have there been other well-known people who have visited the Ark?

“We’ve been pleased to welcome many intriguing people at the Ark.,” said Looy. “That list includes astronaut Barry Wilmore, a space shuttle pilot and commander of the International Space Station. While this astronaut is a Christian who accepts the Book of Genesis, we have greeted many well-known people who do not believe in Genesis.

“They range from former President Jimmy Carter, a Christian who does not accept the historicity of Genesis, to evolutionist and secularist Bill Nye ‘the Science Guy.’ We have also had hard-core atheists visit, and we are happy to welcome them. After all, where else might they be exposed to teachings that show the Bible can be trusted?”

The staff at the Ark Encounter and Creation Museum, says that they are “all about proclaiming the vital message that the Bible is true from the very first verse.”

A spokesperson for the group added, “Indeed, we urge atheists, even those who are the most hostile toward Christianity, and people of all other faiths, to visit our attractions, as our Ark Encounter and Creation Museum are all about proclaiming the vital message that the Bible is true from the very first verse.”

No bats in sight 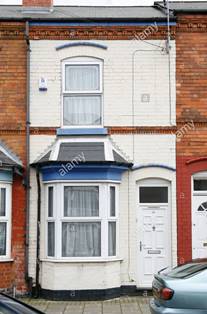 Visitors to the Ark Encounter can visit the Ararat Ridge Zoo, where they can see animals from around the world, such as Tibetan yaks, kangaroos, and ostriches. They can even imagine they live in biblical times and take a ride on a donkey or camel.

But, the good news, is that they don’t have any bats there, and so Ozzy wasn’t tempted to take another bite out of one, which I am sure was a great relief to all concerned.

On a personal note: Norma and I were married in 1963 at Aston Parish Church in Birmingham, England, not far from Ozzy’s birthplace at 14 Lodge Road, Aston, where he was born into a working-class family on December 3, 1948. However, Ozzy didn’t attend our great day as he was probably busy preparing for his heavy metal singing career, which began in late 1967.

Photo captions: 1) Green-screen photo of Jack and Ozzy Osbourne at the Ark Encounter. 2) Ozzy performing. 3) Rock musician Ozzy Osbourne, second from left, and son Jack, far right, seen with a portion of their film crew at the photo stop near the Ark’s entrance. 4) The house in Aston, Birmingham, where Ozzy was born. 5) Dan and Norma Wooding on their wedding day at Aston Parish Church, Birmingham, in 1963. The church is close to 14 Lodge Road, Aston, Birmingham B6, England, where Ozzy was born. 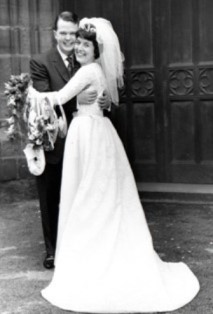