Top Posts
Colorado football coach Sanders’ unabashed faith
There’s A Light That Enters Houses With No...
Knowing the One Who Always Keeps His Word
Pregnancy Resource Centers Fight For Life Amidst Opposition
This World is Not Our Home
Lessons Learned From a Gingerbread House
Let There Be Peace on Earth
‘I Wanna Dance’ movie: Whitney Houston’s success and...
Fact Finding, Sight Seeing, and Prayer Walking
Kidney donation led to 8 life-saving surgeries
Home Tags Posts tagged with "Guitarist Winston Marshall" 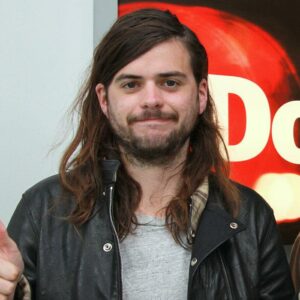 The news outlet previously reported a woke mob tried to cancel Marshall in March after he praised “Unmasked,” a book that documents Antifa’s political extremism. At the time, Marshall apologized and took time off to “examine [his] blind spots.”

But last week, Marshall retracted that statement and announced he was leaving the group he helped found in 2007, saying, “I could remain and continue to self-censor, but it will erode my sense of integrity.”

In his conversation with Weiss, released Thursday, Marshall explained how prayer reinforced his resolve to leave.

“I was talking a lot to my mom and dad with whom I’m very close and I think who love me and understand me better than anyone and could understand the complexity of the situation,” Marshall told Weiss. “I was praying a hell of a lot.”

He then said he was spending significant time in the Catholic Church near his home in London, and how that led to him to feel he must retract the apology he offered months ago.

“My faith has played a big part in this period of my life and actually the week before making the final decision, I was pretty much planted in my local Catholic Church around the corner from the house,” he said. “It’s a bloody big moment for me. That’s probably why after a while, the apology was bothering me like it did, particularly that I’d felt like I’d been participating in that lie that we already talked about. I couldn’t square those things in my conscience.”

Marshall then described how the faith modeled by Soviet dissident and Christian Alexandr Solzhenitsyn particularly impacted him.

“[Solzhenitsyn] talks about the line between good and evil cutting through the center of every human heart. And that is lost in discourse today,” Marshall observed. “I think a lot of people say, ‘oh, he’s a good guy’ or ‘f*** that guy, he’s a bad guy.’ Instead of accepting what I think is a Christian value, the idea that everyone is fallen, it’s back to the binary black and white, good guys, bad guys, goodies, baddies.”

“Well, if I can quote the great American theologian of all time, Kanye West, he said, ‘Fear God and you will fear nothing else,’” Marshall laughed. “And I love that because for me, I do fear God. And I think it’s true. That if you fear God sincerely, then you won’t fear worldly issues, worldly problems.”

He concluded, “We’re all fallen and recognizing that we make mistakes, bring back a bit of grace and good faith.”