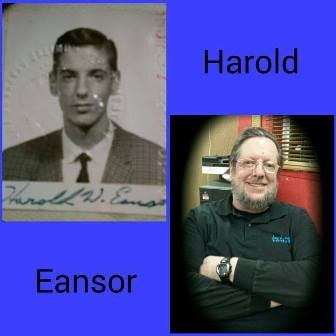 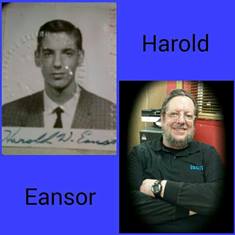 While we will miss him, our loss is heaven’s gain. I thought you would enjoy reading his story which he related to me a while ago and is included in one of my earlier books.

Another workday dawns for Joy Junction receptionist and dispatcher Harold Ensor. Like most other workdays, he gets up, makes some coffee, spends time in prayer, watches CNN for a while, checks his e-mail, and then, just before four in the afternoon, heads out the door and over to Joy Junction’s front office.

Harold logs on to the computer to begin his workday, which stretches from four to eleven. He says, “The rest of my shift will be a typical workday. I may have some problems, but those are to be expected in any workplace. The bottom line is that I know what this day, tomorrow, and the next day are likely to bring. I have a certainty to my future, and this was not the case sixteen years ago.”

In the summer of 1996, on a hot and hazy day, Harold found himself in downtown Albuquerque. He had just gotten off a bus after awakening from a deep, fitful sleep. He said, “I didn’t feel all that well. I was looking around when I suddenly realized I did not know where I was or why I was there. Most importantly, I didn’t know who I was.” 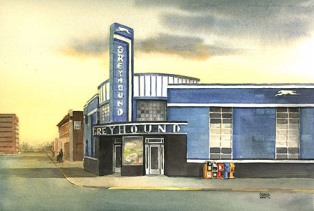 Harold looked around for a while, gazing at what to him were very strange surroundings, and wondered why he was there. He said, “I was thirsty, parched, but I didn’t see anything like a water fountain. My hand was putting a cigarette into my mouth, I guessed I smoked.” After talking to a stranger, Harold made his way to the hospital. “I soon realized that the stranger was the first of many strangers I would meet. I would eventually meet family and friends, but my list of strangers got longer, and I still knew no one. “

Harold had no ID on him and very little money. “The doctors and nurses huddled, whispered, and glanced at me suspiciously. I didn’t blame them. They were questioning what was going on with me, and I was also wondering the same thing. Time occasionally seemed to be in slow motion, and then two or three hours would rush by, and I would still be there, in bed, literally without a clue.”

Harold tried ignoring the fears in the forefront of his thoughts but they kept rushing in.  “My thinking was a jumble of cobwebs, shadows, dark corners, uncertainty, questions, and more questions. I didn’t have time to be afraid. Besides, thinking about being afraid was scaring me even more, and I didn’t like that.”

He didn’t know how they did it, but someone found Harold’s sister, who lived in Albuquerque. She came to the hospital where they had a very awkward introduction. “I didn’t know how it was for her, but for me, she was just another strange face among many,” Harold said.

“She told me my name was Harold Eansor, and I was fifty years old. She said I drank too much, but that I was an all-around good guy. I tried to be positive and upbeat, saying what I expected others to hear. She seemed genuinely concerned for my welfare, buy I was still not going to trust anybody. I felt trust would be weakness when I needed all the strength I had. I was alone, or so I thought.”

Even when Harold looked in the mirror, he didn’t see himself – “or this Harold dude. “ He continued, “It was a strange face. It didn’t look like either of us. What was I thinking? I had never seen either of us. The face looked back at me with the same questioning expression that I felt. I felt no recognition, only anger.”

In fact, anger overwhelmed Harold. He said he felt angry with himself for not remembering and angry at this Harold in the mirror for not being more forthcoming. He was also angry with those who couldn’t tell him what happened or what he should do. He said, I chastised myself for feeling this way. I didn’t want to alarm the hospital staff an emotional outburst. They might want to send me to a mental health facility, and I wanted to avoid that.”

The hospital had no answers for Harold, but they did make arrangements for him to stay at a men’s homeless shelter for a week. His sister wanted to help him but couldn’t, as she was downsizing and moving to a much smaller place. 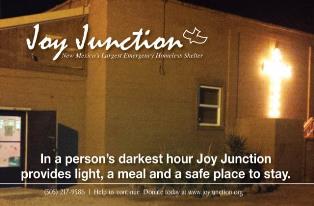 “None of these arrangements bothered me,” Harold said, “because I had no expectations, no plans, no goals and no outlook for tomorrow. After a week’s stay at the Good Shepherd men’s shelter, they planned for him to stay at Joy Junction.

Harold wasn’t thrilled, but that was more a case of him not having any real interest in the plans being made for him.

“My only concern was, maybe where my next pack of cigarettes was coming from, or my next meal, or a change of clothes. I really didn’t care about anything else or anyone. I felt guilty about that, but I didn’t know what to do about it. I figured I’d let that Harold guy handle it when he got back to the real world, if he ever got back. Where the blaze was he? I wasn’t playing with a full deck. Then again, who is? I just didn’t care.”

Once at Joy Junction, Harold found caring people who were else to call it, “but my situation seemed to fit the bill, and I felt guarded about my situation. “At the first church service that Harold attended at Joy Junction, the visiting minister told the congregation that the Lord had brought each of them there for a reason, and it was up to them to figure out what that was, Harold said.

“The cobwebs started to clear. The dark was becoming light. My mind started racing. Hold on- I know Jesus and Jesus knows me. Why had I been thinking I was alone? The Lord was with me. He had been with me, but I had just forgotten for a while. The world around me started to come into focus. I wasn’t lost; I was found. I had a future and a purpose. I just needed to figure out exactly what that was. “

Joy Junction invited Harold to join the Christ in Power program, and he agreed. The CIPP would give him time to make plans. When Harold graduated the life recovery program, we offered him a staff position. “I accepted and could not have been happier.”

Harold has worked in a number of staff positions during the last nineteen years, and he continues to enjoy being part of Joy Junction.

“My memory never did come back, but I have had nineteen years to create new memories. Occasionally I have regrets that my memory stayed hidden, but I don’t have any misgivings about the last nineteen years.” Harold says his new life has provided him the opportunity to grow as a man and as a disciple of the Lord. 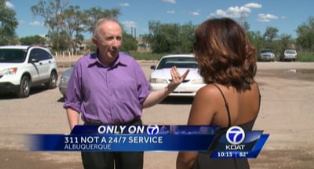 He added, “I have a very close relationship with the Lord, and this has allowed me to continue to progress even when thoughts of my past situation might cause me anguish,” His drinking? Harold stopped drinking alcohol the day he arrived at Joy Junction, and he also quit smoking six years ago.

He said, “None of this would have been possible without the strength of the Lord. I asked for some of his strength to help me succeed, and he provided.”

While Harold has passed official retirement age, he says he doesn’t feel old. “I am able to work, and Joy Junction has asked me to stay on the payroll. I’ll admit I’m a little slower getting out of bed in the morning. I probably don’t have the stamina I had thirty years ago, but who does? I hope to work until I don’t feel like being a part of Joy Junction.”

Harold, we will always love you and already miss you! 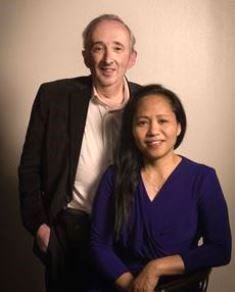