Top Posts
Knowing the One Who Always Keeps His Word
Pregnancy Resource Centers Fight For Life Amidst Opposition
This World is Not Our Home
Lessons Learned From a Gingerbread House
Let There Be Peace on Earth
‘I Wanna Dance’ movie: Whitney Houston’s success and...
Fact Finding, Sight Seeing, and Prayer Walking
Kidney donation led to 8 life-saving surgeries
The Power of Curiosity
When Love Came Down at Christmas
Home Tags Posts tagged with "Hidden Slavery"

WILLS POINT, TEXAS (ANS) — The scourge of human trafficking is accelerating in the United States at a rapid pace, according to Christian agency Gospel for Asia (GFA, www.gfa.org ).

To mark World Day Against Trafficking in Persons on July 30, GFA is sounding the alarm that the U.S. is now one of the top three nations in the world for human trafficking — the trade and sale of people for sex or forced labor. For more information, read GFA’s special report on human trafficking at www.gfa.org/press/human-trafficking.

“Tens of thousands of hidden slaves are among us,” said GFA founder Dr. K.P. Yohannan. 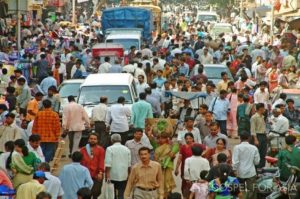 “The modern slave trade includes young girls who’ve been forced to marry or enter prostitution, migrant laborers who’ve had their passports confiscated and are living in fear of deportation, and children forced to work in sweat shops and other exploitive conditions who make products and clothes we buy,” Yohannan said.

GFA says the top three nations for human trafficking victims in 2018 were the United States, Mexico and the Philippines, according to the U.S. State Department. And, while estimates vary, the Australian-based Global Slavery Index estimated there were 403,000 people living in modern slavery in the U.S. in 2016. Of the estimated 20-30 million slaves in the world today, four out of every five are women or girls.

“As we remember all victims of this horrific trade on July 30, it’s especially alarming that the United States is one of the biggest sources of human slavery,” said Yohannan, adding: “But let’s remember that every nation in the world is impacted by human trafficking, whether as a country of origin, transit, or destination.”

The “hidden victims” of trafficking need the church to speak out for justice, Yohannan said. “We need to do all we can to help them.”

GFA said that contrary to what many people assume, not all trafficking victims are smuggled across international borders. Many women and girls trafficked for sex in the U.S. are American citizens.

The number of people – mostly women and girls as young as five  – trafficked within their own country for forced labor or sex has doubled in recent years, representing almost six out of every 10 global trafficking victims, according to a 2018 report by the United Nations (UN) Office on Drugs and Crime.

According to the ministry, the modern slave trade involves forced or bonded labor, prostitution, and forced marriage. In some countries, victims are sold for as little as $90. Those trafficked for sex – about one in every five victims – are overwhelmingly women and girls. Prostitution rakes in huge profits for handlers who control millions of women and girls enslaved in brothels around the world. In some cases, one exploited and abused woman can earn her handlers $100,000 a year.

Furthermore, GFA said that since 2011, almost 90 million people around the world have fallen prey to some form of slavery. Generating $150 billion a year, human trafficking is the third biggest international criminal industry behind illegal drugs and arms sales.

According to the UN, refugees and unaccompanied children are among the most vulnerable targets, with children comprising a third of all trafficking victims.

“Hundreds of thousands of men, women and children are lured from their home countries with promises of a new life, only to find a dark reality,” Yohannan said.

“Traffickers often keep their victims imprisoned, or controlled by fear and threats of violence.”

The ministry said that in Thailand, hundreds of men forced to work in the dangerous deep-sea fishing industry are reportedly ordered to take amphetamines to keep them working long hours. Those who resist are dragged through the ocean with a rope tied around their neck.

Providing hope and practical support for those ensnared by – or at risk of – traffickers has become a top priority for organizations such as GFA, working in some of the world’s hotspots.

GFA’s clean water projects in Asia mean young girls no longer have to trek miles on foot in remote areas to fetch water – a daily chore that leaves many girls easy targets for kidnappers and traffickers.

GFA-supported national workers care for women and girls in the red-light districts of some of Asia’s biggest cities – and the Christian organization’s Bridge of Hope centers provide 70,000 vulnerable children in Asia with the opportunity to attend school and help protect them from the peril of forced child labor.

“It’s amazing how the love of God is bringing hope to the poorest and most vulnerable people, and filling their hearts with joy,” Yohannan said.

“We need to keep our eyes open, our voices ready, and our hearts soft to reach out and help the victims of slavery, whether they’re in our own home country or on the other side of the world.”

The author of this story, Michael Ireland, is a self-supported media missionary with ANS. Click here to support him as a missionary journalist.
July 26, 2019
FacebookTwitterPinterestEmail