Top Posts
There’s A Light That Enters Houses With No...
Knowing the One Who Always Keeps His Word
Pregnancy Resource Centers Fight For Life Amidst Opposition
This World is Not Our Home
Lessons Learned From a Gingerbread House
Let There Be Peace on Earth
‘I Wanna Dance’ movie: Whitney Houston’s success and...
Fact Finding, Sight Seeing, and Prayer Walking
Kidney donation led to 8 life-saving surgeries
The Power of Curiosity
Home Tags Posts tagged with "Hindu Extremists in Eastern India Attack Christians Coming Off Bus" 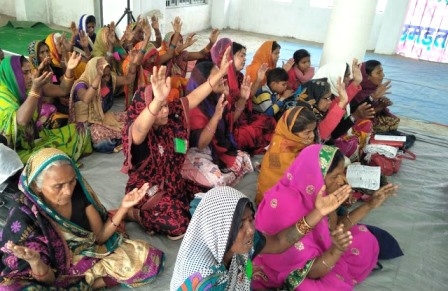 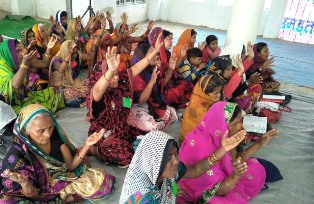 BETTIAH, BIHAR STATE, INDIA (ANS — March 7, 2018) – Christians on their way to a recent Christian camp in eastern India, shared the purpose of their trip with fellow bus passengers, not realizing one of them was a Hindu extremist.

According to Morning Star News, the man began to argue about conversion with the Christians, mostly women and children, including a native missionary from a ministry based in India. Soon the hardline Hindu began cursing and accusing the Christians of “always converting innocent and poor villagers.”

When they arrived at the bus station in Bettiah, Bihar state, on Feb. 26, after the 38-mile trip from Bagaha, 60 to 70 angry Hindu extremists were waiting for them. The hardline Hindu had made phone calls to Hindu nationalist groups.

The mob separated out the native missionary for the Gospel Echoing Missionary Society (GEMS), D. Joseph, as well as another Christian, Baldev Singh, and assaulted them, said the Rev. Mariosh Joseph, coordinator of GEMS in Bihar.

He said D. Joseph sustained several internal injuries and was hospitalized in a state of deep shock, and that Singh also was hospitalized with multiple injuries, including internal damage to his ear that caused some loss of hearing.

“It was evident from the mob that it was a pre-planned attack,” Pastor Mariosh Joseph told Morning Star News. “There was a media person present to record and publish the entire episode in the media, along with the Hindu extremist mob.”

The Hindu mob interrogated the Christians, asking them the purpose of their visit, said the GEMS zonal superintendent, identified only as Pastor Palanivelu.

“They told the Christians that they were visiting to lure the innocent and poor villagers with money and benefits and fool them into becoming Christians,” Pastor Palanivelu said. 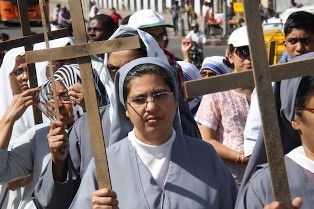 Native missionary D. Joseph told the mob about the camp and denied their allegations, and the Hindu nationalists began to use foul language as they threatened the Christians, Pastor Palanivelu said.

“Even being in a public place, no one came to their rescue, and passersby were mere spectators as the mob beat both the Christians mercilessly, while the other Christian teammates cried for help,” he told Morning Star News.

Traffic officers heard the commotion and tried to rescue the Christians, but they were overpowered by the mob, he said. Additional police were called to get the situation under control.

“Some of the women got so frightened that they fled the site and returned home from the bus station itself without attending the camp,” he said, adding that at least 11 women from the bus went on to the camp.

Pastor Mariosh Joseph said the mob was trained in the ways of Hindu nationalist violence.

“The right-wing groups are specially instructed to hit in a way that they do not bleed anyone externally, but cause gruesome injuries internally,” he told Morning Star News.

Pastor Mariosh Joseph said police initially told him that they were investigating a complaint of forcible/fraudulent conversion, and that the superintendent of police later told him they were treating it as a case of human trafficking.

“The police in most of the cases are biased and try to see how they can frame the victims, rather than doing the other way around,” he said.

Police recorded the statements of D. Joseph and Singh but refused to file a First Information Report, though a Medico-Legal Case was filed against unknown persons, he said.

“Though such an incident of violence against the Christian believers happened, the meeting continued, and the people were blessed and inspired by the Word of God,” he said.

GEMS reported 12 incidents of persecution against its native missionaries last year, and since January three such cases have already been reported. GEMS works in five states in India, primarily Bihar.

“Of late there have been a lot of incidents that have been happening against Christian believers,” Pastor Mariosh Joseph said. “Even if there is a disagreement, violence is not a way.”

Photo captions: 1) Prayer service of a native ministry whose workers were attacked by Hindu extremists in Bihar state, India. (GEMS). 2) Indian Christians carry the cross. 3) Dan Wooding with Mother Teresa in Calcutta, India, who he interviewed in 1975. 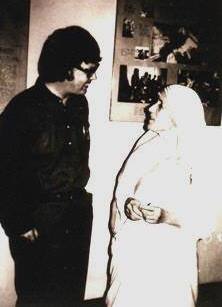 About the writer: Dan Wooding, 77, is an award-winning journalist who was born in Nigeria of British missionary parents and is now living in Southern California with his wife Norma, to whom he has been married for almost 55 years. They have two sons, Andrew and Peter, and six grandchildren who all live in the UK. Dan is the founder and international director of ASSIST (Aid to Special Saints in Strategic Times) and the ASSIST News Service (ANS) and he hosts a radio show and two TV shows in Southern California. He has reported from India on many occasions, and his first trip there was to Calcutta in 1975 when he interviewed Mother Teresa.