Top Posts
Knowing the One Who Always Keeps His Word
Pregnancy Resource Centers Fight For Life Amidst Opposition
This World is Not Our Home
Lessons Learned From a Gingerbread House
Let There Be Peace on Earth
‘I Wanna Dance’ movie: Whitney Houston’s success and...
Fact Finding, Sight Seeing, and Prayer Walking
Kidney donation led to 8 life-saving surgeries
The Power of Curiosity
When Love Came Down at Christmas
Home Tags Posts tagged with "Hollywood Comes to “Proclaim 18” Annual NRB Christian Media Convention, Bill Bray" 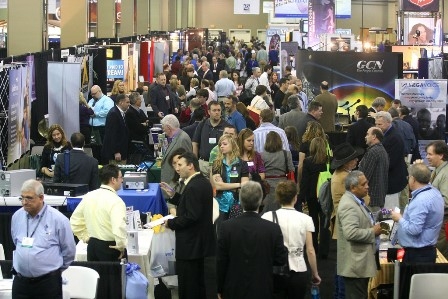 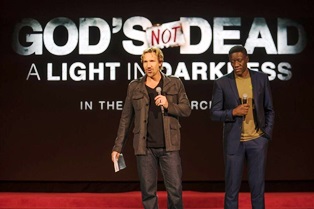 NASHVILLE, TENNESSEE (ANS — March 9, 2018) – Hollywood came to Proclaim 18 in a big way last week for the 75th annual NRB Christian Media Convention. The National Religious Broadcasters Association has created not just a huge news and media convention, but has become the biggest evangelical event of the yearin the United States for Christian leaders.

Over 3,900 Christian advocates registered for the week-long event, spending millions of dollars to be represented in the program, at hundreds of special events, and on the huge exhibit floor featuring 200 inter-active displays.

Although the program was largely eclipsed in the mainstream news media by the death and burial of Billy Graham, Vice President Mike Pence flew in from the White House to address the delegates on Tuesday.  The program was chaotic at times. Keynote speakers and many leaders were no shows or appeared in different time slots to make way for the funeral of Graham last Friday.

Since Billy Graham, and the Billy Graham Team, have been an integral part of the annual convention for decades, his death became central. The entire week became one long eulogy to the heritage he leaves behind—with almost every speaker personally relating to the evangelist and his ministries.

Meanwhile, Hollywood film producers filled the programs with daily previews of coming feature films featuring evangelical stars and Christian themes. Hollywood has discovered the Christian market in a big way. Special screenings, usually with guest appearances from stars and producers were held for: Beautifully Broken, God’s Not Dead, I Can Only Imagine, One Nation Under God, Paul Apostle of Christ, and Staines.

Over 500 reporters and news media professionals descended on the convention to hear the Vice President affirm his born-again Christian values and personal loyalty to Jesus Christ. The Vice President assured the broadcasters that he was “a Christian, a conservative and a Republican in that order” before proceeding to affirm the standard goals and agenda of evangelical leaders—and wrap up with his political stump speech for the White House. 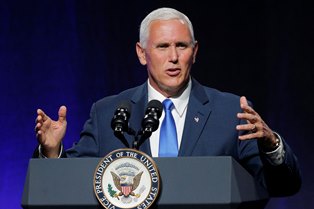 NRB has launched an “Internet Freedom Watch” website to introduce resources, document bias and discrimination by corporate America, and educate broadcasters and legislators to deal with the problem. Johnson is assigning staff and budget to set up an ad hoc advisory commission to work with congress and the supreme court.

“From the beginning of our existence,” said an NRB spokesperson, “we have seen discrimination against those who exercise their freedoms of faith and witness. We were started to defend Christian radio broadcasters and our work continues today with Internet censors and new media.”

Dan Wooding, Founder and President of ASSIST News Service in Lake Forest, California, deployed a full-time reporting team of two journalists as well as other part-time stringers to help cover the massive week of news which outlines where American faith and values are going in the coming year.

The “Proclaim” conventions, both Proclaim 18 and upcoming Proclaim 19 in Anaheim, are the largest Christian media conventions in the world.  They are organized to assist those in the field of professional Christian communications as well as evangelists, pastors and preachers.

Peter Wooding flew in from England to spearhead the ASSIST News team while Charlottesville-based author/journalist Bill Bray focused on news coverage international missions and guests. Both reporters have written for ASSIST News and other news outlets during past NRB Conventions.

Bray has covered the NRB for over 45 years and previously managed the NRB Press Room as a volunteer when he was a full-time editor for Christian Life and Christian Bookseller magazines. He is very familiar with the challenges of the huge event which has over 107 distinct news events crammed in five days. 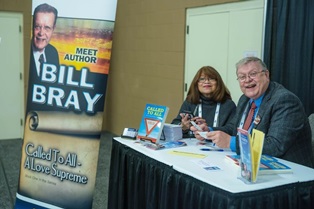 In addition to reporting for ASSIST News, Bray autographed copies of his latest book from Zondervan WestBow Press, CALLED TO ALL, on the floor and in at the Christian Small Publishers Association booth.

The National Religious Broadcasters describes itself as a nonpartisan, international association of Christian communicators whose member organizations represent millions of listeners, viewers, and readers.

“Our mission,” says the NRB spokesman, “is to advance biblical truth, promote media excellence, and defend free speech. In addition to promoting standards of excellence, integrity, and accountability, NRB provides networking, educational, ministry, and fellowship opportunities for its members.”

It has a large outreach to students and international visitors.

Photo captions: 1) David A.R. White presents his latest movie project to NRB delegates. (NRB). 2) VP Mike Pence was a speaker a this year’s convention. 3) Bill Bray with his wife, Ivy, at the NRB Boothe where his new book was featured. (NRB). 4) Bill Bray.

Bill Bray, 71, is an author and special correspondent who frequently contributes to ASSIST News Service. He specializes in covering international student ministries, charities and foreign missions. He has traveled to over 65 countries as a missionary journalist to report on missions and development ministries, returning to some countries as many as 30 times over the years. He is a personal member of the Evangelical Press Association and Global News Alliance. He can be contacted by e-mail at: bray.william@gmail.com