Top Posts
There’s A Light That Enters Houses With No...
Knowing the One Who Always Keeps His Word
Pregnancy Resource Centers Fight For Life Amidst Opposition
This World is Not Our Home
Lessons Learned From a Gingerbread House
Let There Be Peace on Earth
‘I Wanna Dance’ movie: Whitney Houston’s success and...
Fact Finding, Sight Seeing, and Prayer Walking
Kidney donation led to 8 life-saving surgeries
The Power of Curiosity
Home Tags Posts tagged with "hoops" 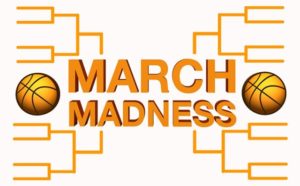 ORLANDO, FL (ANS)  In these tumultuous times, do you have difficulty focusing on work or household responsibilities?  Does life seem empty?  Do you often daydream about excitement?  Are you a basketball fan?  If so, you may be suffering from a recently designated serious malady, Hoops Cancellation Withdrawal Disorder.

Soon millions of befuddled, disappointed fans were struggling to get their March Madness fixes.  Symptoms from the early days of HCWD-20 included:

NIH expert Dr. Anthony Fowchee says HCWD affects people of various ages, from teens and young adults to senior citizens.  “Seniors may be especially vulnerable,” explains Fowchee, “since they can anticipate fewer March Madness events over the remainder of their lifetimes than can younger patients.”

The national HCWD task force has been working day and night to dampen the HCWD impact.  At present, no vaccine is in sight, but industry leaders are cooperating to produce therapies for the millions of infected citizens.  CBS Television aired reruns of exciting March Madness games from decades past on days fans would have been viewing the 2020 tournament games.

I should admit that, having attended a university where basketball is religion, I began noticing my own HCWD-20 symptoms around March 12.  As a true Blue Devil, I voluntarily submitted to testing, and was HCWD-positive.  Personalized treatments for me included watching replays of the Duke vs. Kentucky, March 28, 1992 East Regional final (completed by Christian Laettner’s overtime shot), plus other key victories en route to multiple national championships.

I was at first disappointed that outlets ran Lehigh University’s upset of Duke in an early round of the 2012 tourney.  But I suspect that such upset games can benefit those in the HCWD-infected population that are also part of the extensive Duke-hating population.  In the spirit of collegiality, I wish them well.

But…basketball as religion?  Hmmm.  I recall the Good Book mentioning sports.  I know the Bible talks about baseball (Everything started “in the big inning;” Eve stole first; Adam stole second; the Prodigal Son made a home run).  And tennis (Joseph served in Pharaoh’s court).   And track and field/athletics (“Don’t you realize that in a race everyone runs, but only one person gets the prize? So run to win!”).

The Bible and hoops?  NBA star Steph Curry often includes Bible verses on his shoes.  A favorite of his: “God causes everything to work together for the good of those who love God and are called according to his purpose for them.”  Maybe if I focused more on that, rather than on my disappointments, my HCWD-20 would be mitigated, lifting my spirits.

Editors:  For access to this image and more, check here, here and here.