Top Posts
Colorado football coach Sanders’ unabashed faith
There’s A Light That Enters Houses With No...
Knowing the One Who Always Keeps His Word
Pregnancy Resource Centers Fight For Life Amidst Opposition
This World is Not Our Home
Lessons Learned From a Gingerbread House
Let There Be Peace on Earth
‘I Wanna Dance’ movie: Whitney Houston’s success and...
Fact Finding, Sight Seeing, and Prayer Walking
Kidney donation led to 8 life-saving surgeries
Home Tags Posts tagged with "Human Rights Defenders"

CAIRO, Egypt (ANS) — Egyptian police on November 19 raided the Cairo home of Mr Jasser Abdelrzaek, CEO of the Egyptian Initiative for Personal Rights (EIPR), and arrested him. He has since been charged with “using the internet to spread false accusations.” The arrest marks the latest in a series of concerning developments for human rights in the country. 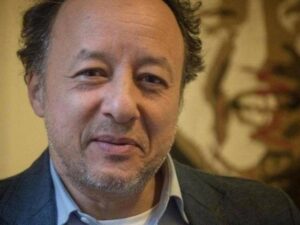 Earlier armed police on November 15 stormed the home of Mr Abdelrzaek’s colleague Mohammad Bashir, the EIPR’s director. Mr Bashir was interrogated about his meetings with foreign diplomats who visited the EIPR offices in Cairo, and charged with “joining a terrorist organisation and threatening national security,” according to Christian Solidarity Worldwide (www.csw.org) .

CSW said the arrests of these individuals are a worrying indication that the country’s ongoing crackdown on human rights is intensifying. The EIPR is one of the few human rights organisations still operating in Egypt. The organisation works on several human rights issues, including freedom of religion or belief (FoRB) and gender equality.

In a seemingly related development, on November 18 police arrested Karim Anara, the Director of the Criminal Justice Unit, while he was on holiday in the city of Dahab in the Sinai Peninsula. They had raided Mr Anara’s house in Cairo a day earlier, but he was not at home. The police confiscated Mr Anara’s laptop and mobile phone and charged him with “spreading false accusations against the state.”

Mr Anara was informed he will be kept in custody for 15 days for interrogation. He is currently being held under case No 855/2020, along with both Mr Abdelrzaek and Mr Bashir. The fact that the three men have been placed under the same case and face similar charges may indicate that their arrests were ordered by somebody high up in the security apparatus.

CSW has also noted an increase in the number of people arrested on charges related to contempt of religion and blasphemy in Egypt during 2020.

For example, on November 21 an appeal court released on bail the comedian Mr Mohammad Ashraf, who was arrested on November 12 and accused of “contempt of religion and disturbing the public peace,” after mocking presenters at a local Quran radio channel.

Youssef Hani, a Christian teacher, and a Muslim girl named Sundos were also arrested on November 12, following an exchange on Facebook which was deemed “insulting to Christianity and Islam.” They were released the next day after issuing apologies. CSW is aware of five similar cases.

CSW’s CEO Scot Bower said: “This recent rise in arrests related to human rights activities is extremely concerning. Mr Abdelrzaek and his colleagues have done nothing more than to advocate for the rights of their fellow citizens.

“We urge the Egyptian authorities to end the harassment of all human rights defenders, and encourage the government instead to partner together with human rights groups in creating a just, equal and inclusive society.  We further urge the government to reform discriminatory laws which restrict the rights to freedom of religion or belief and expression, such as Article 98(f) of the criminal code, which is often misused in blasphemy cases, another area in which we are recording a worrying rise in arrests.”