Top Posts
Colorado football coach Sanders’ unabashed faith
There’s A Light That Enters Houses With No...
Knowing the One Who Always Keeps His Word
Pregnancy Resource Centers Fight For Life Amidst Opposition
This World is Not Our Home
Lessons Learned From a Gingerbread House
Let There Be Peace on Earth
‘I Wanna Dance’ movie: Whitney Houston’s success and...
Fact Finding, Sight Seeing, and Prayer Walking
Kidney donation led to 8 life-saving surgeries
Home Tags Posts tagged with "Immigration" 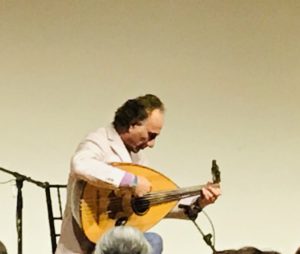 Rahim AlHaj at the Albuquerque Museum of Art

ALBUQUERQUE, NEW MEXICO (ANS)—I’m sitting at the Albuquerque Museum of Art listening to a world-famous Iraqi oud player, Rahim AlHaj.  As a twice Grammy-nominated musician—and Albuquerque resident, AlHaj started playing the oud in his native Iraq at the age of nine.  Due to the regime of Saddam Hussein, Rahim emigrated to Jordan and Syrian, then settling in New Mexico in 2000.  As a political refugee, AlHaj had to begin life over in foreign countries, finding his permanent home in America.

To say the least, he’s done well.  He learned English (at the local community college)—and some Spanish, too, becoming a United States citizen in 2008.  AlHaj continues to travel the world representing the United States and his native Iraq with mesmerizing and beautiful music.  He’s an international treasure.

But for every AlHaj, there’s some bad emigrants as well, such as Jose Ines Garcia Zarate, a man accused of shooting Kathryn Steinle.  Zarate was found not-guilty at his trial, but the quest for justice continues.

With immigration a hot topic in the US, the question is: what is a Christian to think—and do—during the war of words? 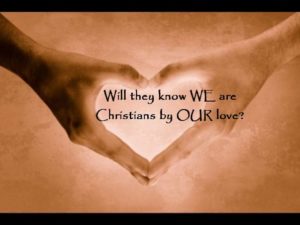 To begin with, all Christians are called to love people; even people we disagree with.  Jesus said the world will know we are followers of Him by how we love (John 13: 34-35). We are to love to the point losing our lives (John 15:13), particularly for people we call friends.  A Christian’s love reflects God’s love for the world (John 3:16).  Being that immigrants are people, our first response is to love them, not hate them.

Second, after loving them, we need to listen to them. Some immigrants have horrid stories of fear and loss.  Many immigrants want a better life—like all people who came to America, including Native Americans, whom scientists, studying the DNA of many tribes, tell us emigrated from Mongolia to North America thousands of years ago.

North America has always been a land of immigration.  And by listening to the stories of the people who come, we put names to the numbers, faces to the facts, hearts to the hands.  In short, we listen to learn about the people.  True, not all that we hear is hopeful, but it will help us better understand the lives of immigrants. 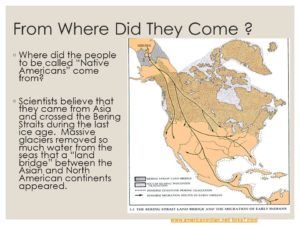 Third, after loving and listening, we need to learn from them.  This tends to be the hardest for many Americans.  After all, what do immigrants have to teach us, the strongest country in the world?  The answer: a lot.  Like all forefathers and mothers—from Mongolia and Europe, to places unknown, individuals bring stories, music, food, and a rich culture that enhances a community, not hindering it.

Growing up in the West, I’ve been blessed beyond measure to learn from Asian, Native American, African, European, Indian, and dozens of cultures, a melting pot of sounds, smells, and stories.  And I’m better-off because of them all; they’ve made me broader and bolder in my understanding. This is what America is about:  a shared story of democracy.

I have found that learning about other cultures doesn’t lessen my own heritage (Scots-Irish and German), but enlivens it.  I yearn to know more about my family tree and share it with loved ones, while learning about the rich cultures of other people. The truth is, God is a God of diversity—just look at His creation, nature, with its multiplicity of species, colors, and kinds; and this diversity translates to culture.  The world depends on diversity. 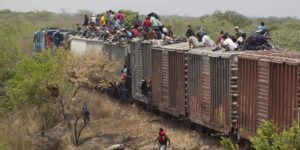 Though we love, listen, and learn from immigrants—we, ultimately, need to level with them.  As good as the United States is—with its many blessings, the truth is we all fall short of God’s holiness, Americans included.  Yes, at some point we must tell all immigrants that they, along with the rest of the world, are sinners in need of a Savior.

I was recently talking to a friend.  He told me about a family member who was very upset over immigrants coming to America.  We both were confused by this attitude.  As a strong Christian, this person didn’t seem to see that immigration brings opportunity to share the gospel.  The person’s answer to my friend was that people may be the same—made in the image of God, but cultures are not.  There may be some truth to this, but why not allow people into a culture that has fostered and allowed the Gospel to grow with great strength (though the United States is working hard to eradicate the Biblical influence)?  With immigration comes great responsibility for Christians—to level with the people about our need for the Lord. 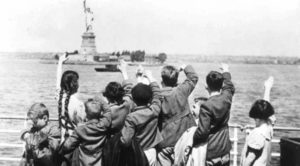 And though the darkens around us is deep—with a war of words and political punching concerning immigration, the depth of God’s love is deeper still. And what a privilege to tell the world about God’s love in Christ.

Who knows, the next immigrant you love, listen to, learn from, and level with may be the next Rahim AlHaj, someone sharing beauty beyond borders, music to masses, and love for those who will listen.