Top Posts
Knowing the One Who Always Keeps His Word
Pregnancy Resource Centers Fight For Life Amidst Opposition
This World is Not Our Home
Lessons Learned From a Gingerbread House
Let There Be Peace on Earth
‘I Wanna Dance’ movie: Whitney Houston’s success and...
Fact Finding, Sight Seeing, and Prayer Walking
Kidney donation led to 8 life-saving surgeries
The Power of Curiosity
When Love Came Down at Christmas
Home Tags Posts tagged with "India church" 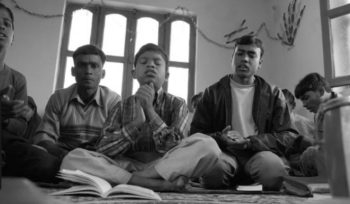 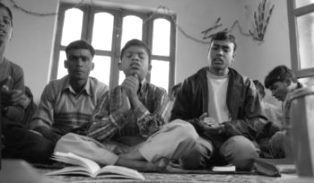 SOUTHERN INDIA (ANS — March 15, 2018) — His father was larger than life, a brawling alcoholic people would hire to fight against their enemies. Growing up in a village in southern India, the children in the family all feared their father.

“He was a farmer and businessman but he was also alcoholic and got into a lot of fights and police cases,” Brother Matthew* recounts. “There was no peace at home. When he came home we didn’t know what he would do with us, if he would beat us.

“We were so afraid of our dad.”

While Matthew’s father was a nominal Christian, his mother had very strong faith and was devoted to prayer. “When she was 12-years-old, a man of God told her she will be married to a Christian minister, a servant of God, and the whole family will always serve God,” he says.

“But after the marriage, life was so terrible. My mother spent hours and days in fasting and prayer that God would touch his life.”

Once Matthew’s father became so despondent about his hopeless condition he drank poison. His suicide attempt failed when he was taken to the hospital and doctors were able to revive him.

Determined not to fail on his second attempt, he drank poison and decided to go into the forest so nobody would find him until after he was dead.

But God was not through with his life. As he walked along the road holding a bottle of poison, there was a strong inner voice telling him to throw the bottle away.

Suddenly, however, he couldn’t walk any farther. “He stopped on the road, stood there a long time and decided to obey the voice and throw away the bottle.”

At the moment he cast it away his spirit came alive in Christ and his heart was revived by a powerful move of God.

“God gave him new peace and he wanted to share the gospel with all his old friends,” Matthew recalls.

He began to revisit the rough, unsavory characters from his past with a new message. “My life is changed,” he told them. “I’m no longer drinking alcohol and smoking. I’m no longer fighting.” Then he shared the hope of the gospel with them.

With a boldness inspired by the Holy Spirit, he began to do open-air preaching in the marketplace and distribute Christian literature.

The sudden and remarkable changes were not lost on the family. “I saw this big transformation happening in our home,” Matthew says. “His transformation was my introduction to Jesus. I knew Jesus can transform people and turn that person from one end to another.”

As a result, Matthew gave his life to Jesus at 10-years-old. On the weekends, he would go with his father as he preached and handed out tracts.

“My father made a big shoulder bag that carried more than 70 pounds. As children we had to pack it; we couldn’t carry it. He would not come home without giving away or selling all his books. He preached the gospel in all the areas.” 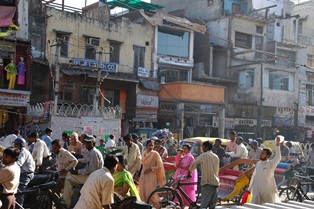 Then God shook up the family once more by directing Matthew’s father to sell their material possessions and become a church planter. “He sold the land and house and everything and we moved from one place to another.”

“He decided he would not buy any more houses or land in this world, so he spent most of that money for taking care of the family or on missions. He didn’t have any house or land.”

As the family moved about, Matthew met a traveling evangelist who challenged him to become a missionary in north India. “I knew the Lord was speaking to me. When the altar call came I stood up and committed my life to ministry in north India — that was when I was 14.”

Before going to the mission field, he wanted to finish school. Accepted to seminary, the founder of the school became a mentor. “I would be the boy who would carry his bag and wash his clothes. If he had preaching engagements I would go. Sometimes he asked me to share.”

If students were going to the market on the weekend, the founder would ask, “Do you have enough gospel tracts in your hands?”

“We wouldn’t go anyplace without gospel literature in our hands,” Matthew says.

After Matthew completed his studies, he led a team of six others to north India. After three days on a train, they reached New Delhi and started working with the Pocket Testament League.

Their grassroots evangelism was both rigorous and steadfast. “Early we woke up and cooked our food, had a devotion, then packed up our literature. After that we would go for outreach, and would cover every house and shop in the whole city. Then we came back for lunch.”

After lunch they had Bible study. In the evening they went back out for evangelism, in partnership with local churches.

“I was 21 years old, living by faith. If we didn’t sell books, we would not have something to eat. If it rained and we couldn’t go out, that was a fasting day. The tracts and books would sell for one rupee to five rupees. But we always had enough. It was learning a faith life.”

The grueling pace took a toll on Matthew physically. He had a bout with diarrhea that lasted six months. Twice he had dysentery. His pants would not stay on so he bought a rope he fashioned into suspenders and put his shirt on the outside so nobody would know how thin he had become.