Top Posts
Pregnancy Resource Centers Fight For Life Amidst Opposition
This World is Not Our Home
Lessons Learned From a Gingerbread House
Let There Be Peace on Earth
‘I Wanna Dance’ movie: Whitney Houston’s success and...
Fact Finding, Sight Seeing, and Prayer Walking
Kidney donation led to 8 life-saving surgeries
The Power of Curiosity
When Love Came Down at Christmas
A Walk of Faith Begins with a Step...
Home Tags Posts tagged with "India pastor killed Maoists"

Six masked men in central India this month killed one of 22 Christians a Maoist group had warned to “leave the pastorship,” 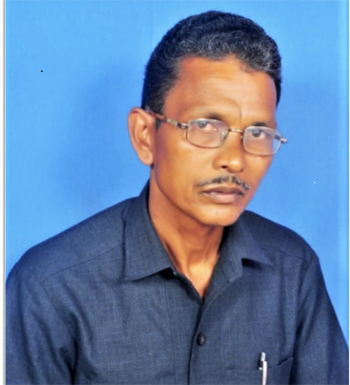 Pastor Yalam Shankar was slashed and shot to death the evening of March 17 outside his home in Angampalli village, Bijapur District, Chhattisgarh state in front of his wife and daughter-in-law, relatives said. They said he was in his early 50s.

The assailants left a note on his body stating that they were Maoists who had killed him for being a “police informer,” but area Christian leaders and police said they doubted that was the motive.

As he stepped out telling them that his son was not at home, the six men with faces covered with cloths attacked him, said his daughter-in-law, whose name is withheld for security reasons.

“As soon as my father-in-law stepped out of the house, they tied his hands at the back,” she said. “Then they hit his face and forced him to kneel. After he did, they slit the back of his neck with a knife. They shot two bullets into his chest and stabbed him in his chest with a knife.”

The masked men left but soon returned, kicking his body to ensure that he was dead, she said.

One of the assailants approached Pastor Shankar’s daughter-in-law with a gun, causing her to faint, she said.

“My heartbeat suddenly increased, and my head began to spin, and I fainted out of fear,” she said.

Pastor Shankar’s body was taken for autopsy and was buried the late afternoon of March 18. He is survived by his wife, two sons, daughter-in-law and grandchildren.

The handwritten, 12-point note in Hindi left on his body was headed, “The police informer of Angampalli village Yalam Shankar is killed at the hands of our PLGA,” the People’s Liberation Guerrilla Army, armed wing of the banned Communist Party of India (Maoist).

“We are not sure if the killing was carried out by the Maoists, though the note mentions so,” Tandon said.

The note alleges that Pastor Shankar was killed for being a police informer, but Tandon denied it, saying, “I had no contact with the deceased, nor was he in touch with me.”

Madded police registered a case under relevant sections of the Indian Penal Code in First Information Report No. 4 on March 18. No arrests had been made at this writing.

Pastor Shankar’s name was second in a list issued in January threatening 22 “pastors,” said Santosh Yalam, one of those on the list though he is not a pastor.

Yalam, of Tamlapalli village about 1,000 meters from Pastor Shankar’s village, said area Christians had faced much opposition since November from followers of the nature-based Gond religion. 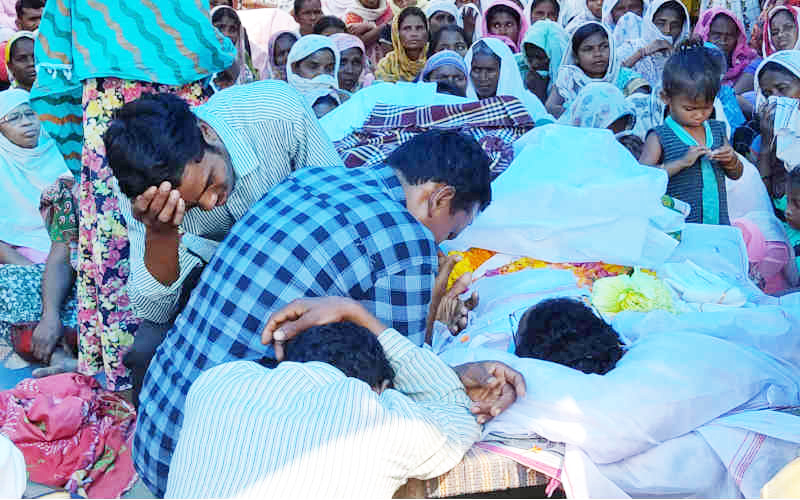 “The villagers have ostracized the Christians, and they have no social interaction with the villagers,” he told Morning Star News. “The Gondwana [region] people [where the tribal Gond live], appealed to all those who were following the Christian faith to return to their tribal faith. There were many incidents of violence wherein the Christians were beaten, and their property destroyed while they were threatened and told to ‘return.’”

The area Gond kept Christians from fetching drinking water from the common area and stopped them from celebrating marriages and other personal occasions, he said.

In January a computer-generated notice in the Hindi language appeared on Angampalli village’s main road stating, “Worship the tribal gods and goddesses; Oppose Christian Religion.” It was signed by the “National Park Area Committee, CPI (Maoist),” or Communist Party of India (Maoist).

The notice lists the names of 22 area Christians and demands that they “leave pastorship of the Christian faith propagating enemy culture, failing to do so, required action will be taken against” them.

“The letter gave a clear threat that we must stop being followers of Christ and return to the tribal fold and practice animist faith,” Yalam said. “Pastor Yalam Shankar’s death is the consequence of not denying his Christian faith and for propagating Christ in this area. A false veil has been put on Pastor Yalam Shankar’s murder, and calling him a police informer is an eye-wash.”

Officer Tandon told Morning Star News he did not know about the notice posted in January.

“I have just come to know from you,” he told Morning Star News. “In my investigation also, people have not mentioned about the letter, maybe due to fear of the Maoists.”

The name of Pastor Vasim Shankar, a friend and colleague of the deceased, was not only among the 22 on the list but was also mentioned in the note left on Pastor Shankar’s body; its 10th point states that Vasim Shankar is also a police informer.

“I am not a police informer. I have not met or been associated with either the police or the Maoists,” he told Morning Star News. “Neither was Pastor Yalam Shankar an informer. These are false allegations to frame us and kill us.”

The ostracization that began in November continues, he said.

“If something is not done soon, we do not know who could be the next target,” he said.

The Progressive Christian Alliance, Chhattisgarh appealed in a March 19 press statement for authorities to protect the Christian community, especially pastors. Demanding an environment conducive to religious freedom, the alliance called for strict action against the killers and for the restoration of communal harmony and solidarity in the region.

Tribal animists upset with the growth of Christianity in India have been known to incite Maoists to kill Christians, sources said. The murderers typically leave a note accusing the victim of being a police informant.

In Maharashtra state on July 10, 2020, Maoists incited by tribal animists killed Pastor Munshi Devu Tado in Bhatpar village, Gadchiroli District, sources said. He was leading a worship service on his property for about 15 village families when three armed men and three women escorted him away and killed him.

There are areas in Chhattisgarh state where local councils work with Maoists, known as Naxalites, to rid areas of Christianity, a source said after relatives threatened to kill a pastor in 2019. Tribal animists enlist Maoist militants to kill Christians who refuse to recant, the source said. Naxalites shot an Adivasi Christian from Narayanpur District to death in February 2019.

India ranked 10th on Christian support organization Open Doors’ 2022 World Watch List of the countries where it is most difficult to be a Christian, as it was in 2021. The country was 31st in 2013, but its position worsened after Modi came to power.

If you would like to help persecuted Christians, visit http://morningstarnews.org/resources/aid-agencies/ for a list of organizations that can orient you on how to get involved.

If you or your organization would like to help enable Morning Star News to continue raising awareness of persecuted Christians worldwide with original-content reporting, please consider collaborating at https://morningstarnews.org/donate/?