Top Posts
Knowing the One Who Always Keeps His Word
Pregnancy Resource Centers Fight For Life Amidst Opposition
This World is Not Our Home
Lessons Learned From a Gingerbread House
Let There Be Peace on Earth
‘I Wanna Dance’ movie: Whitney Houston’s success and...
Fact Finding, Sight Seeing, and Prayer Walking
Kidney donation led to 8 life-saving surgeries
The Power of Curiosity
When Love Came Down at Christmas
Home Tags Posts tagged with "Influence" 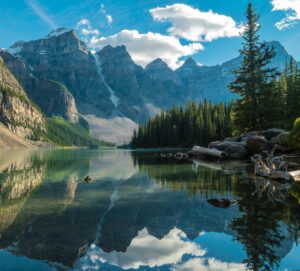 HOUSTON, TX (ANS) — In 1982, in Regina, Saskatchewan, Canada I had the opportunity of participating in a very strategic mission conference.  It was hosted and facilitated by some of the world’s most prominent Chinese church and mission leaders at that time.  About a thousand individuals from all over the world were in attendance.

One of the people I had the privilege of spending some time with during the conference was Dr. David Michell, then Canadian Director of OMF (Overseas Missionary Fellowship).  David was born in China, the son of Australian missionary parents.  Over the course of a few conversations with him during the conference, I learned about his missionary background and the fact that he spent time in a Japanese concentration camp in China in the 1940s. A unique and interesting experience was his relationship with Eric Liddell, an Olympic gold medalist in 1924 in Paris.  Of course, Eric Liddell’s story is well known from the Academy Award winning film Chariots of Fire. 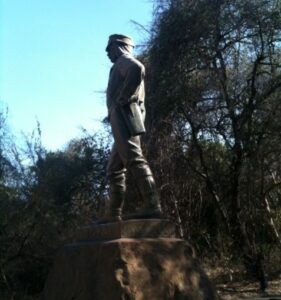 A Statue of David Livingstone, Victoria Falls, Zimbabwe. A Reminder of His Mission Impact

David Michell was a young boy when he was in the concentration camp with Eric Liddell.  In subsequent years David wrote some books and articles about him.  One was titled I Remember Eric Liddell.  What I remember most about my time with David was the parting statement he would made as we finished a conversation.  He would always say, “Press on Rejoicing.”  I am pretty sure it was based on Philippians chapter 3.  That phrase has stuck in my mind all these years and I think about it often.  I have even used it myself many times.

Sayings that have Impact

I have recently been reflecting on the things I remember most about the people who have influenced my life.  There are many sayings and experiences that have stuck with me and shaped my life and have become redemptive memories.  Following are a few of those:

*  The president of a university that I worked at several years ago use to close our administrative staff meetings with the saying, “Let’s enjoy the journey.”

*  A friend, who was a radio talk show host for many years, use to close his daily program with, “Don’t let anything steal your joy.”

*  The late Fenton Moorhead, a pastor for many years and one of the co-founders of Living Water International, use to close every message by saying “Remember, with Christ in your life, the best is yet to be.”

*  A missionary friend and co-worker uses this as a parting statement, “Keep the faith, just don’t keep it to yourself.” 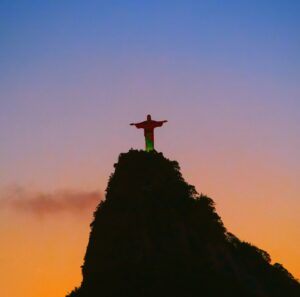 Considering what we Say

The more I reflect on the things people have said to me or about me over the years, the more I realize how much they have influenced my thinking and shaped my life.  It should be a lesson for us to consider what we say about and to the people in our lives and how much influence we have on others.

I remember a time when my brother and I were spending a few days on the farm with our grandparents.  I was about 10 years old at the time.  We worked in the fields with our Papaw.  One evening, after returning from a day’s work, an aunt of ours said something that stuck in my mind.  She said, “That Jerry is a hard worker.  I don’t think he has a lazy bone in his body.”  Well, that comment was an encouragement and inspiration for me to try harder and be a good worker.

Most everyone can probably think of comments made to us, or about us, that have shaped our lives.  That is true whether the statements were positive or negative.  Of course, the negative and critical comments can be very discouraging and damaging as well.  There are lots of references in Scripture about what we say and the power of words.  These are important lessons about how we can be salt and light and use our influence for kingdom purposes. 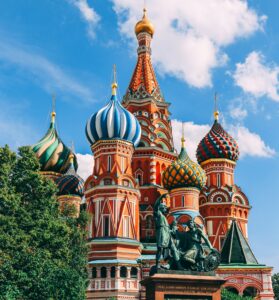 Architecture – Another method of Enhancing and Preserving Memories

A friend, who is a prominent author, shares about how he was encouraged by a comment one of his teachers made about him many years ago.  As a young boy the teacher said, “I think you have a special gift for writing.” Later in life, my friend said that the teacher’s statement was what inspired him to pursue further writing opportunities.  Whether we realize it or not, the things we say and do influence the people around us.  In fact, they can even determine people’s eternal destinies.  What we say often will be remembered better.

Creating positive and redemptive memories is something we can all do.  Being intentional to speak positive and encouraging messages and doing so often is helpful in creating redemptive memories for others.  By God’s grace and enabling we all have the opportunity of being used in saving lives and changing destinies.  Realizing of course that it is the Gospel (Good News of Jesus) that is the power of God unto salvation.  It is also important to remember that what people observe in our lives can sometimes be more impactful than what we say.  Both our words and deeds need to point people to Jesus.