Top Posts
Colorado football coach Sanders’ unabashed faith
There’s A Light That Enters Houses With No...
Knowing the One Who Always Keeps His Word
Pregnancy Resource Centers Fight For Life Amidst Opposition
This World is Not Our Home
Lessons Learned From a Gingerbread House
Let There Be Peace on Earth
‘I Wanna Dance’ movie: Whitney Houston’s success and...
Fact Finding, Sight Seeing, and Prayer Walking
Kidney donation led to 8 life-saving surgeries
Home Tags Posts tagged with "Iran: Eightyear prison sentence for Shiraz believers"

According to Middle East Concern (http://meconcern.org/), both Eskandar and Soroush were charged with “acting against national security.”

Soroush faced an additional charge of “forgery,” as the pastor of the Church of Shiraz, for issuing letters for students seeking exemption from Islamic studies classes. They attended the late December court hearing, at the 4th branch of the Revolutionary Court in Shiraz.

Following the court hearing, Eskandar Rezaei and Soroush Rezaei were each sentenced to 7
years in prison for “action against the National Security” and 1 year for proselytizing and forming house meetings. They are appealing the sentences.

Eskandar was arrested on July 6, 2017, at his home in Lar, where several hundred New Testaments were confiscated. He was held at Quran Branch of Adel-Aabad prison in Shiraz. 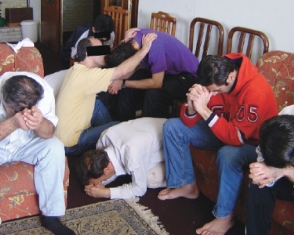 Both Eskandar and Soroush were also detained after a previous arrest in October 2012, and were released in 2015.

Iranian Christians (iranianchristiannews@gmail.com), who circulated this story, have issued the following prayer requests:

Photo captions: 1) Eskandar Rezaei and Soroush Saraei. 2) Underground Christians in Iran pray for each other. 3) Dan Wooding reporting from outside the Kurdistan Parliament in Erbil, Northern Iraq.