Top Posts
There’s A Light That Enters Houses With No...
Knowing the One Who Always Keeps His Word
Pregnancy Resource Centers Fight For Life Amidst Opposition
This World is Not Our Home
Lessons Learned From a Gingerbread House
Let There Be Peace on Earth
‘I Wanna Dance’ movie: Whitney Houston’s success and...
Fact Finding, Sight Seeing, and Prayer Walking
Kidney donation led to 8 life-saving surgeries
The Power of Curiosity
Home Tags Posts tagged with "Iranian Protests" 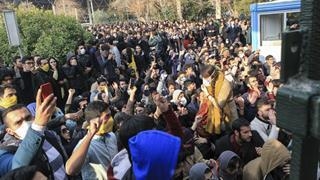 BURBANK, CA (ANS – Jan.6, 2018) — Iran featured prominently in the news this past week as protests erupted throughout the country.

“Even in the most religious cities, throngs of people continue to gather in the streets, adamantly expressing their displeasure towards the government,” writes Hovsepian Ministries (www.hovsepian.com) in an e-mail update monitored by ASSIST News Service (www.assistnews.net). 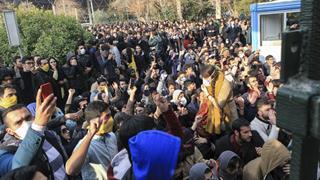 The ministry says: “Our news reports paint these protests as the people’s reaction to economic issues, but we believe that the recent political conflicts may have simply triggered a deeper sentiment that already existed within the Iranian people: defiance towards the supreme leader and his regime.”

“The protests are still ongoing; the Iranian government is now treating all protestors as conspirators against the regime and promising to punish them accordingly.

“In an attempt to quell the protestors’ ability to organize, the Iranian government has drastically slowed the country’s Internet speeds, effectively cutting its citizens off from each other and from the rest of the world.

“Telegram, the popular social networking app that hosts our Gerenbaha ministry page, has been temporarily blocked as well. The government is also requiring some of its employees and university students to counter protest in the streets, creating a false appearance that most citizens support the government’s regime. The employees and students risk losing their jobs or degrees if they refuse to comply. These tactics of fear and isolation are designed to silence the Iranian people, but continual displays of defiance in the face of these threats suggest that Iran’s citizens will not back down so easily.

Hovsepian Ministries states these events do not directly impact the Iranian church, but the citizens’ demands for freedom and equality will only benefit the cause of the Christians in Iran.

“It is evident that many Iranians are searching for an alternative to Islam, and they may be especially receptive to the Gospel message during this time. Join us in praying that these people would be open to the salvation message, and that they would not be ensnared by other alternative cults and religions.”

Hovsepian Ministries is praying fervently for Iran and staying in daily communication with their Iranian contacts (as much as is possible with Iran’s current Internet outage). 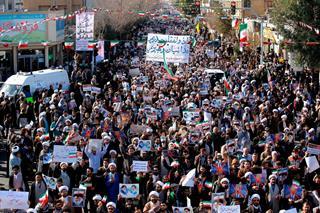 “Our contacts have requested specific prayer for those who work or attend school near the protests. Many of these people are refraining from going to work or school, not wanting to walk near the protests and risk being arrested.”

The ministry concludes: “Please include the safety and salvation of Iran’s citizens in your prayers, and pray that all programs and social media engagement would reach those who are searching for answers during this unique time. We know that God can use this difficult season to bring about a change in the hearts of the Iranian people.”