Top Posts
Pregnancy Resource Centers Fight For Life Amidst Opposition
This World is Not Our Home
Lessons Learned From a Gingerbread House
Let There Be Peace on Earth
‘I Wanna Dance’ movie: Whitney Houston’s success and...
Fact Finding, Sight Seeing, and Prayer Walking
Kidney donation led to 8 life-saving surgeries
The Power of Curiosity
When Love Came Down at Christmas
A Walk of Faith Begins with a Step...
Home Tags Posts tagged with "Iranian Regime"

GRAPEVINE, Texas (ANS) — Iranian Supreme Leader Ali Khamenei rigged the recent elections to install Ebrahim Raisi as president for one major purpose: to warn citizens who are disgruntled with the regime and angry about their desperate economic predicament to shut up or be killed. 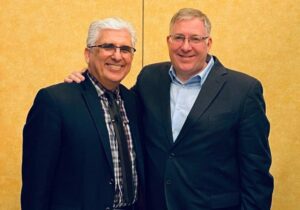 That’s the view of Dr. Hormoz Shariat in an interview with ALL ARAB NEWS.

“He’s a very hardliner, of course, and he has a track record of violence. They put somebody like him in, who has no problem killing people on the streets. He has that track record – if something happens, he will murder. There was no appeasing of people, helping people, promising,” Shariat said.

Shariat – an Iranian Shia Muslim who converted to Christianity – said the government needed someone at the helm who has no qualms crushing the opposition, and Raisi has proven that he has no problem doing so.

ALL ARAB NEWS Editor-in-Chief Joel C. Rosenberg spoke with Shariat – an influential Iranian evangelist and the founder of Iran Alive Ministries and a 24/7/365 satellite TV network – to get his insights on the new regime.

At a critical time when the United States is courting Iran to revive the nuclear deal, Rosenberg asked Shariat why the Supreme Leader would choose a candidate who is a known hardliner – the “Hangman of Tehran” – and not try to send a message of moderation to the West?

“The last two years, the government has been in real trouble. They lost their support. The government officials have been losing hope, they’ve been living in fear that maybe our days are numbered, maybe. And some of them have been planning to leave Iran if something happens,” Shariat said.

ALL ARAB NEWS reports that since 1,500 protestors were murdered during uprisings two years ago, tensions toward the government have been on the rise. Shariat said the election of Raisi was meant to reassure the political leaders in Iran that the new government would be unafraid to quash opposition.

“So with him, it’s a change of policy, of giving encouragement to their own group: ‘Everything is okay, stay, don’t leave. We are in power,’” Shariat said.

Despite this unrest – or because of it – more and more Iranians are hearing the Gospel and getting saved.

Shariat – who Rosenberg describes as the “Billy Graham of Iran” for his vast evangelical outreach to the Farsi-speaking world – said that in the last year alone, 29% of all salvations his ministry recorded in 20 years on the air were reported.

And there could be many more they are unaware of, Shariat said.

“Acceleration. That’s the thing. Iran has been open … to the Gospel,” he said. “It’s hard for people to contact us. So we only get a percentage of the real numbers who contact us – report to us – that they have come to Christ or they pray with us to come to Christ. The number jumped 10 to 20 times last year.”

Shariat asked believers to pray that God will send him the right staff who are anointed, intelligent and can form and execute a strategy to continue this work “because the fields are open.”