Top Posts
Knowing the One Who Always Keeps His Word
Pregnancy Resource Centers Fight For Life Amidst Opposition
This World is Not Our Home
Lessons Learned From a Gingerbread House
Let There Be Peace on Earth
‘I Wanna Dance’ movie: Whitney Houston’s success and...
Fact Finding, Sight Seeing, and Prayer Walking
Kidney donation led to 8 life-saving surgeries
The Power of Curiosity
When Love Came Down at Christmas
Home Tags Posts tagged with "Islam"

CAIRO, Egypt (ANS) — A young Christian teacher in northeastern Egypt is facing charges of insulting Islam after he posted comments on Facebook, according to local reports. 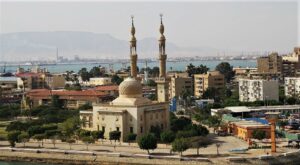 Morning Star News http://morningstarnews.org reports Youssef Hany of Ismailia, a city on the Suez Canal 78 miles northeast of Cairo, posted the comments earlier this month in reply to a Muslim who had expressed her opposition to criticisms of Islam by the president of France and other French citizens.

Hany was reportedly arrested on Nov. 11, as was a Muslim woman identified only by her Facebook name, Sandosa, for their comments on social media. The next day they were reportedly charged under Article 98(f) of Egypt’s penal code, which outlaws insulting a “heavenly religion,” namely Islam, Christianity and Judaism.

Hany and the Muslim woman could face up to five years in prison and a fine of 500 to 1,000 Egyptian pounds (about US$30 to US$60) under a law that calls for a minimum of six months of prison. They were released on bail on Nov. 14, one of the attorneys volunteering to represent them told news outlet Al-Monitor.

The attorney, Makarios Lahzy, told Al-Monitor that the charges they are facing are unconstitutional. Egypt’s “blasphemy” law against insulting religion has come under fire for violating the country’s constitutional guarantees of freedom of expression and religious freedom. Used almost exclusively against criticisms of Islam, the law is rarely invoked against frequent, public anti-Christian comments.

The law has also been criticized for arbitrary use. Lahzy, director of the Minority and Religious Groups department of the Egyptian Commission for Rights and Freedoms, said the law “does not clearly and expressly define contempt of or defamation [of religion] and leaves the notion loose and unreliable.”

After Hany’s comments appeared in a heated exchange on Facebook, other social media users circulated the comments, creating a swirl of opposition leading to a Twitter hashtag calling for him to be tried and sentenced with the maximum punishment as an example to others who might criticize Islam, according to online news outlet Al Wafd News.

Advocacy group Copts-United pointed out a social media post calling for Hany and others to be killed.

“He must be killed,” reads a screenshot of the post. “Someone volunteer, people, we will not continue to debate with a few absent-minded minorities…We will squash them…”

While Hany was arrested for allegedly insulting Islam, those who subsequently insulted Christianity and called for Hany to be killed were not detained, Copts-United noted. The group reported that writer Ernest William commented on the arrest of Hany on his Facebook page, asking if Egypt’s blasphemy law applied only to comments critical of Islam.

After Hany’s post circulated online, an attorney filed a complaint against him and his Facebook page at the district attorney’s office, which also received complaints from other lawyers, leading authorities to investigate and arrest him, according to online news outlet Al Masry Alyoum.

Al-Monitor reported last week that Egyptian authorities recently began expanding detention or prosecution of citizens on charges of blasphemy. Ayman Rida Hanna and Mounir Masaad Hanna, a Coptic Christian, were arrested in June 2019 after they discussed Muslim prayer on a video. Referred to criminal trial on Nov. 11, they were held in pre-trial detention since their arrest in spite of repeated calls to release them, their attorney told Al-Monitor.

Al-Monitor reported that rights activists were working on amendments to Egypt’s blasphemy law that would stop imprisonment of citizens based on comments or sarcastic videos.

In addition to the blasphemy law, President Abdel Fattah al-Sisi on Aug. 18, 2018 approved a new law regulating the internet that granted the government broad powers to restrict freedom of expression, violate citizens’ privacy and jail online activists for peaceful speech, according to Human Rights Watch.

Supporters of Egypt’s blasphemy law, mostly Islamists and government officials, say the law is meant to dissuade and punish those in Egypt who use religion to instigate “strife and division” or spread “disdain and contempt for any of the revealed religions or the sects belonging thereto.”

Rights advocates have said the law needs to distinguish between honest critique of religion and speech explicitly meant to incite violence, but that in any event judges and police would be biased toward Muslims and against Coptic Christians.

Human rights activists in Egypt and abroad say that the blasphemy statute violates basic standards of human rights and is most often used to stifle free speech or as a weapon by members of the Sunni Islamic majority to attack religious minorities such as Coptic Christians.

Morning Star News stated that since the Egyptian constitution was passed in 2014 by referendum, there have been numerous, high-profile blasphemy cases filed againist Coptic Christians on charges that were either fabricated or completely false, human rights activists said.

Coptic teacher Demyana Abd al-Nour, 27, was sentenced to six months in an Egyptian prison on June 15, 2014 after she lost an appeal of an earlier conviction of violating Article 98(f). Al-Nour originally had been sentenced to pay a fine of 100,000 Egyptian pounds (US$14,270), an exorbitant amount that her family could not pay. The judge in the Luxor Court of Appeals, Chancellor Ahmed Abd-Al Maksoud, replaced the fine with the prison sentence.

Meanwhile, in North Sinai Province, advocates have petitioned the minister of interior to intervene in the kidnapping of Nabil Habashy Salameh, a 61-year-old Coptic Christian businessman responsible for building the only church in Bir al-Abd.

The abduction took place on Nov. 8 at 8 p.m., some 50 meters from Nabil’s house. Gunmen pushed Salameh into a car as he was going to a shop and drove away, firing into the air to scare away pedestrians.

Copts-United reported the kidnappers drove across town without being intercepted in spite of heightened security as a result of long-time terrorist acts in the area.

Egypt ranked 16th on Christian support organization Open Doors’ 2020 World Watch List of the 50 countries where it is most difficult to be a Christian.